Chameleon Arts Ensemble of Boston brought its adventurously programmed and artfully executed brand back to a grateful congregation of subscribers in First Church of Boston this weekend.    [continued]

The hugely successful a cappella male chorus Chanticleer made a joyous return to the Shalin Liu Performance Center on Sunday with eclectic trademark repertoire—stimulating and challenging in equal measure.    [continued]

Eric Nathan led the New England Philharmonic in a vibrant, sophisticated, and subtle concert at All Saints Brookline on Saturday that fittingly celebrated the return of the orchestra to live performance.    [continued]

No need to hide Lowell Liebermann’s Sonata for Clarinet and Piano (2021) between two conservative safe havens. Boston Chamber Music Society’s Commissioning Club made a great choice. The Saint-Saëns and Haydn pleasers that surrounded it at Jordan Hall on Sunday hewed to the BCMS high standards.      [continued]

Before Bruckner’s Eighth Symphony unfolded in the BPO performance Friday, Benjamin Zander accepted the Bruckner Society of America’s Society’s Julio Kilenyi Medal of Honor. There can hardly have been a more deserving recipient.    [continued]

After 60 minutes of Strauss, Sibelius, and Still from the BSO with Andris Nelsons and Lisa Batiashvili, we left Symphony Hall last night with gratification after our two-year collective incarceration.    [continued] 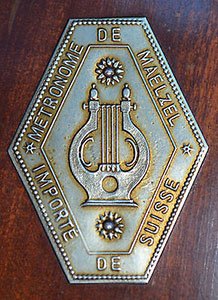 On this upcoming Friday at 8:00, Symphony Hall will witness a significant musicological event: the Boston Philharmonic Orchestra’s performance of Anton Bruckner’s massive, 84-minute Eighth Symphony. On evidence from the scores, Artistic Director Benjamin Zander will be restoring the tempo scheme honored in Bruckner’s time (the 1890s), particularly in the finale. No previous performance anywhere in the last 80 years had attempted to do this. The reasons for that situation emerge from history.

Shortly after the founding of the Collected Edition of the works of Anton Bruckner in 1929, the editors Robert Haas and Alfred Orel made the universal decision to allow only material written in manuscript by Bruckner or a recognized copyist to be used in the new publications. The entire venture was spurred by the new realization of the very serious difficulties amounting to wholesale reorchestration in the first publications of the Fifth and Ninth Symphonies which had been prepared respectively by Franz Schalk and Ferdinand Löwe in 1896 and 1903. These difficulties did not come to universal knowledge until the early 1930s, and at that time, correcting them became the principal impetus for the whole Collected Edition.

At that time many tempo indications and nuances which had been a prominent feature of the first publications were eliminated, even though many of them had been demonstrably closely overseen by Bruckner himself. Bruckner had for many years been very sparing in indications of tempo nuance, although he was clear and detailed with dynamic indications and the different conventions of phrasing used by winds and strings. Accordingly detailed instructions for overall tempos and nuances were placed in the first publications, using a vocabulary strongly reminiscent of the editing language of the Wagner operas, with words and phrases like “belebend” (more animated), “gedehnt” (stretched out), and “immer ruhiger werdend” (gradually becoming slower) which Bruckner himself never had used.

The Boston Symphony Orchestra fittingly shared a “life-affirming” concert of Mozart and Strauss Friday under the guidance of Andris Nelsons which featured he Naughton sisters’ debut on twin pianos.    [continued]

Brooklyn Rider gave powerful and sympathetic accounts of recent works on Thursday at the WGBH Calderwood Studio. The first of ensemble’s three-concert residency at the Boston Celebrity Series will remain available HERE until 7 pm on Wednesday, October 13th.    [continued]

The violinist, conductor, teacher, and Grammy-nominated recording artist died recently at 74. James Oliver Buswell IV soloed with the New York Philharmonic Orchestra at age seven. His almost seven-decade career encompassed 100 violin concerti on 5 continents with major orchestras and many of the greatest conductors. According to the Legacy obituary, “… his teaching, chamber music playing, conducting, and numerous recordings, he has touched countless lives. The music world mourns this musical and intellectual giant. Beloved as husband of cellist Carol Ou for 21 years, Buswell’s survivors include Anna Buswell, William Buswell, Joshua Buswell, and Rachel English, as well as four grandchildren, and his brother-in-law, Sam Ou of Boston.

Indian Hill Music, the Nashoba Valley region’s premier non-profit center for music education and performance, will take the name Groton Hill Music Center with the fall 2022 opening of its stunning new home for music, currently under construction. Indian Hill Music has boldly undertaken one of the most ambitious cultural projects in New England, departing from Littleton to the North Central Massachusetts town where, in 1985, a handful of local musicians and music enthusiasts incorporated.

The Center plans to be a gathering place for all to experience private lessons, classes, ensembles, and supplemental learning programs for all ages and abilities, with outreach to the underserved. Not does GHM offer concerts by its own Orchestra of Indian Hill and outstanding local and touring professional classical ensembles, they also present high-quality concerts in jazz, traditional/roots, and global music, and have 70+ faculty who teach in a variety of styles as well. Their website has all upcoming performances, faculty, and educational programs. According to staff, the interactive building will encourage musicians, educators, students, and audience members to inspire one another.

BMInt enjoyed a short interview with Fiorentino and a substantial conversation with architect Alan Joslin. Those follow after the break.

Starting this evening, Palaver Strings, a musician-led nonprofit chamber orchestra, dives into its eighth season of live and virtual concerts in Boston, Maine, and beyond. The Oct. 1 concert will take place at the Waldo Theater in Waldoboro Maine; tickets HERE. With more to come locally!

Palaver, founded in Boston in 2014, is co-directed by 11 core musicians; many of us were in music school. We were driven initially by a hunger for greater creative agency and artistic fulfillment, and a shared disillusionment with classical music norms. In our early years, most of our concerts took place in the intimacy of living rooms, restaurants, and galleries. Our first residency was at Boston Medical Center, where we played monthly concerts at hospitals and affiliated shelters for several years. These experiences at BMC were formative for the group and helped cement a commitment to community engagement.

“Led by both Music Director Andris Nelsons and Boston Pops Conductor Laureate John Williams, the BSO  welcomes back live audiences to Symphony Hall after a nearly 20-month absence. On the opening concerts on September 30th and October 2nd, Nelsons will lead Beethoven’s Consecration of the House Overture, the first work the BSO ever performed, before Williams takes the podium for the first Boston performances of his Violin Concerto No. 2. Dedicatee Anne-Sophie Mutter will be filling the soloist’s role. Bartók’s Concerto for Orchestra, one of the BSO’s most famous commissions, originally premiered by Serge Koussevitzky in 1944, closes the concerts”

FLE: Tell us about opening night jitters. The BSO audiences have been absent for so many months. What do you expect and what do you worry about?

BSO Press Office: Coming off a very successful Tanglewood season, with the BSO performing two programs each weekend over a six-week season, we’re feeling very excited about reopening the hall and performing regularly for live audiences again. We’re confident that we’re doing all we can on the health and safety front, but we hope patrons will be understanding as we implement our new protocols for the first time this week.

After the challenges of the past year and a half, being with an orchestra right now feels like taking part in a ritual from a past analog time but one that is vitally meaningful to my life today, perhaps more so than ever before. It is such a joy to be performing live orchestral music again.

In our divided and distanced world, it is a remarkable act for seventy people to come together in a single room to create something new together, understand each other without the need of words, and to achieve this through teamwork, precision, focus and by truly listening to, and hearing, one another. When I have stood in front of the New England Philharmonic as its conductor these past few weeks, the masks we are wearing and the distance that has been between us for so long seems to fade away for a few hours. A full body of orchestral sound embraces us, and the feeling of 70 pairs of eyes and ears all attuned to something beyond themselves connects and transports, even in our humble Sunday evening rehearsal room.

Daniel Kurganov, violin; and Constantine Finehouse, piano, offered a condensed version of “Autumn Affection” a couple of days ago for Music Mondays at the Scandinavian Center in Waltham. The duo plans its recital debut at Merkin Hall NYC on October 12th with the full version.    [continued]

The threesome’s COVID-themed “In the Face of Isolation II” jarringly juxtaposed Grieg and Schumann with Feldman and Cage last night at Longy; technical refinement and plenteousness of emotive engagement obtained.    [continued] 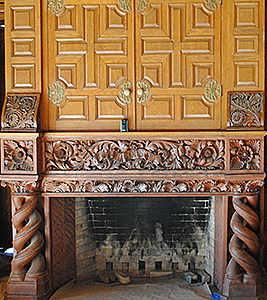 Katy Early, director and MassOpera’s Dan Ryan, conductor have reimagined La Traviata in a site-specific, immersive form in which audience members follow cast and players to four locations throughout the Eustis Estate as if they are inside the opera itself. It is Director Katy Early’s goal to have the audience “feel like guests at the party scenes and ‘flies on the walls’ of the moments between Violetta and Alfredo, as they grapple with how to be together through gorgeous singing.” In addition to the cast and patrons, the instrumentalists[i] will also be part of the action of the show, creating a true immersion.

The 90-minute condensed version runs for 18 performances before 25 audience members.“There are limits to how immersive a show can be given the constraints of COVID protocols and the very real concerns about consent that are being raised through the work of intimacy direction these days. Unlike some immersive plays that I’ve attended in the past, no audience members and performers will ever be touching one another, but there will be some really great eye contact à la the performance practice of Shakespeare in which the proverbial fourth wall will evaporate and everyone in the room will have to confront that they are real, live human beings sharing a space together. And that posture of really looking at one another and being witnessed is a brave thing to do! Violetta and Alfredo do it, the audience members will be invited to do so, and I think that’s what we’re all learning how to do again post lockdowns and Zoom screens,” according to Early.

One day after its NYC season opener, the New York Classical Players made a Jordan Hall debut for the Korean Cultural Society under the rubric “Rising Stars Concert 2021.” Rigor, passion and adventure ensued.    [continued]

Our far-flung correspondent discovers the Pritzker Pavilion in Millennium Park, Stacy Garrop’s Spectacle of Light, and Chicago’s Orchestra of the Baroque.    [continued]

Nothing stood between the Han-Setzer-Finckel ensemble and their création of the Ghost and Dumky trios at the Shalin Liu last night.    [continued]