Over three quarters of a century, a flood of essays, reviews, and books has poured from Barbara Owen’s pen, typewriter, and computer, including numerous periodical and anthology articles, entries in The New Grove Dictionary of Music, and several books, including The Organ in New England, E. Power Biggs: Concert Organist, The Registration of Baroque Organ Music, The Organ Music of Johannes Brahms, and The Great Organ at Methuen. She has served the American Guild of Organists as Regional Councillor and chapter Dean, is a Past President of the Organ Historical Society, a Trustee of Methuen Memorial Music Hall, and is currently active as an organist, lecturer and organ consultant. She worked as pipe voicer for the CB Fisk organ firm for many years. She has also written five reviews for this site.

The First Religious Society and the Methuen Memorial Music Hall will celebrate her many accomplishments in organ building, preservation, scholarship, history, and music on Saturday, January 21, 2:00-4:00 PM at the First Religious Society of Newburyport, Pleasant St with ten distighuished speakers and seven well-known organists. The readings and performances will be livestreamed HERE. Michael Barone (Pipedreams, American Public Media) will serve as Master of Ceremonies. Click HERE for the complete program. 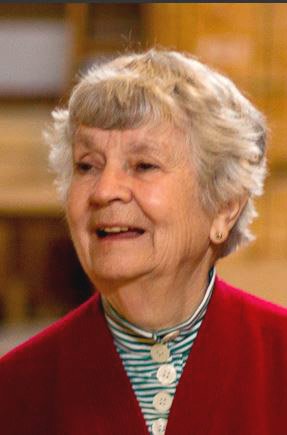 BARBARA OWEN was born January 25, 1933, in Utica, New York. She received her Bachelor of Music degree from Westminster Choir College in 1955, and her Master of Music degree in musicology from Boston University in 1962, as a student of the eminent scholar Karl Geiringer. She pursued advanced study in Europe at the North German Organ Academy and the Academy of Italian Organ Music. In 1963, she began a distinguished 40-year tenure as Director of Music at the First Religious Society of Newburyport, Massachusetts. Between the years 1961 and 1979, she worked with the leading American organbuilding firm, C.B. Fisk as a pipe voicer.

As a young woman in her early 20s during the 1950s, Ms. Owen defined and mapped a new subdiscipline in American musical scholarship: the study of Anglo-American organs, organ design, and organ music. In 1956, she and a handful of others founded the Organ Historical Society, of which she became founding president; that organization now counts some 4000 members internationally and publishes a quarterly journal as well as a series of books, monographs, and editions. Ms. Owen was honored with its Distinguished Service Award in 1988, and designated an Honorary Member in 1998, in recognition of her contributions both to the Society and to scolarship. The American Musical Instrument Society honored her with its prestigious Curt Sachs Award in 1994.

Perhaps most characteristic of Barbara Owen is her unfailing generosity. She has selflessly advised and aided other researchers with her encyclopedic knowledge about her subject, and the voluminous files of material she has collected. Over the years, she has inspired and encouraged countless other music historians (the compilers among them) and fostered scholarship in American church music and organ literature among students and seasoned scholars alike.

Now in semi-retirement from church music, Ms. Owen continues her scholarship without slackening in pace and level of quality. She is curator and founder of the Organ Library of the Boston American Guild of Organists located at Boston University. Her work is internationally known and respected, and she is generally regarded both here and abroad as one of the top half-dozen scholars in her field.                                             JOHN OGASAPIAN [1940-2005]