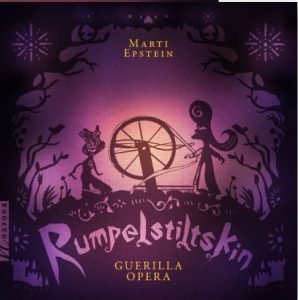 The year end finds me recommending two dozen superlative operatic offerings of different kinds, plus a smaller number of recordings in other genres. As in previous years, my list focuses mainly on lesser-known operas because that’s what I tend to be sent for review. But the list also reflects my belief that the operatic tradition is wider and deeper than our “standard rep” of Carmen and so on leads us to think. (And I’m one of the world’s biggest Carmen fans.)

Some of these operas are in languages that I don’t know; it took extra effort to follow the libretto and translation that in nearly all cases comes with the recording, but I was glad I did.

A few were recorded before the pandemic began, others were made without an audience or with the seats half-filled, and frequently the orchestral players (except those in the wind sections) were masked. A few are important re-releases that first appeared years earlier on a different label or that had been sitting unreleased, often in the “vaults” of European radio station. One came to my attention belatedly by26 years. 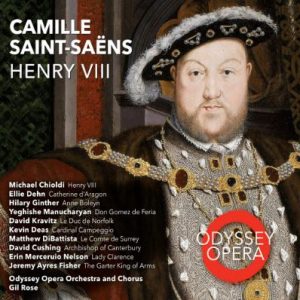 I should mention (since you are reading this in the wonderful Boston Musical Intelligencer) that some of these recordings have a connection to The Hub. Boston-based composer Marti Epstein offers an eerie, enchanted short opera based on the Rumpelstiltskin fairytale. A Baroque opera (in German, by Graupner) comes from the Boston Early Music Festival, which is directed by Paul O’Dette and Stephen Stubbs. One of the two newly recorded Saint-Saëns operas (Henry VIII) is brought to us by Odyssey Opera, under the baton of its founding music director Gil Rose. And Gunther Schuller (composer of a sonata for two pianos now recorded for the first time) was for 16 years the president of the New England Conservatory. 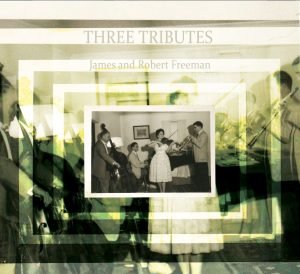 Lover of vocal music will also want to give a listen to some amazing recent recordings of art songs, performed by singers who all have beautifully produced voices and special insights into their chosen repertory: 18th-century German songs, sung by Carolyn Sampson with fortepianist Kristian Bezuidenhout, a varied bouquet of American songs (magnificently rendered by mezzo Stephanie Blythe and tenor William Burden), and stirring songs and cantatas by Fanny Hensel and Felix Mendelssohn, sung by the marvelous Israeli lyric soprano Chen Reiss,

I can’t resist adding a few outstanding instrumental CDs that got my attention: a group of chamber works by Samuel Adler, works for chamber orchestra by Adler, a dozen short but varied pieces for organ by British composers from the years after World War I (sensitively put forth by Robert James Stove; fine Australian singers join him for a few vocal numbers), sonatas and rondos by Bach’s immensely imaginative son C. P. E., a CD of pieces for violin and piano since 1900 by composers from China, Croatia, Israel, Sudan, and other countries (featuring Itamar Zorman, two pianists, and a tambourine player), two evocative recitals of music by Latin-American composers (by guitarist Plínio Fernandes and by cellist John-Henry Crawford), and a remarkable CD of three previously unrecorded pieces by Kevin Puts (for the same instruments that Schubert used in the “Trout” Quintet), Andrea Clearfield, and the late Gunther Schuller.

Ralph P. Locke is emeritus professor of musicology at the University of Rochester’s Eastman School of Music. Six of his articles have won the ASCAP-Deems Taylor Award for excellence in writing about music. His most recent two books are Musical Exoticism: Images and Reflections and Music and the Exotic from the Renaissance to Mozart (both Cambridge University Press). Both are now available in paperback; the second, also as an e-book. Ralph Locke also contributes to American Record Guide and to the online arts-magazines New York Arts, Opera Today, and The Boston Musical Intelligencer. His articles have appeared in major scholarly journals, in Oxford Music Online (Grove Dictionary), and in the program books of major opera houses, e.g., Santa Fe (New Mexico), Wexford (Ireland), Glyndebourne, Covent Garden, and the Bavarian State Opera (Munich). The present article first appeared in The Arts Fuse and is made available here by kind permission.

Comments Off on Locke Lists Rep-Enriching Opera Recordings and More