The Handel and Haydn Society has invited acclaimed conductor, cellist, and keyboardist Jonathan Cohen to lead the nation’s oldest performing arts organization into its next chapter of musical excellence. At 44, he becomes the organization’s 15th Artistic Director, and one of its youngest.

Cohen made his debut with the Society in 2020 in a memorable performance of Haydn’s Symphony No. 6, Le Matin and Symphony No. 92, Oxford, along with Beethoven’s Symphony No. 1. He returned in 2022 to tackle three jewels of the Baroque era, Vivaldi’s Gloria; CPE Bach’s Magnificat, and J.S. Bach’s Orchestral Suite No. 1. Cohen kicked off the 2022-23 Season in October to rave reviews with H+H with Glories of Bach, He is set to return December 15th and 18th to conduct H+H’s “A Baroque Christmas” at Jordan Hall.

We had a very interesting talk with him and H+H executive director David Snead:

FLE: After three years of getting rejections from one conductor, after another [laughter], you finally chose Jonathan Cohen as the Music Director Designate.

DS: We had a very thorough and deliberate process. I always said the search will take as long as it needed to and no longer and that’s where we ended up.

Well, it’s nothing like finding a new principal flute or concertmaster in the BSO, which can take a decade, right?

Right. We also had a terrific consultant, Bruce Coppock, who counsels on not getting married after the first date. I wanted to see people a couple times, so we decided to get married to Jonathan the after the third date.

There was a classical program in March of 2020, the last before the shutdown. Then he did a CPE Bach and Vivaldi program back in April. And then Bernard Labadie withdrew from the first week due to health reasons, and Jonny was able to step in; it went smashingly well.

So did anybody in the orchestra and chorus have any representation on the search committee?

We had four: two members of the orchestra and two members of the chorus sat on the search committee, and we also surveyed all the musicians after every candidate’s appearance. Those inputs constituted major factors in the decision.

But you didn’t ask the critics! I guess that’s a sort of boilerplate answer. Is there something about the having another Cambridge- or Oxford-trained Brit?

One challenge of the search is that we we’re not just an early music Baroque group, we also do Classical and early Romantic. A lot of early conductors don’t do later repertoire; Jonny’s got groundings in both periods. And so he was quite ideal with what we do.

In Harry Christophers we had somebody who focused on the chorus and developed them to a very high level. For his successor we wanted to bring in someone who would have more of an instrumental background to work with the orchestra first.

That was going to be one of my first questions to Mr. Cohen, Does a conductor have to be either choral type or an orchestral type?

You have been a cellist and a keyboardist.

JC: I also worked a lot with choirs when I was an organist at church choir in Manchester, and then with my Clare College Cambridge choir. So, I had a lot of experience with choirs and singers, but primarily I came at it from the instrumental point of view.

Are you going to re-audition everyone in the orchestra and the chorus?

It’s important for me to get to know the orchestra players well.

DS: Harry’s hired everyone in the chorus and over half of the orchestra during his tenure.

How often do you audition orchestra players?

When they apply for a tenured position, for instance, they do have to audition.

Well, no, there are 24 of them— principals plus section strings. And then first call players also audition.

So then if they’re truly tenured, you can’t fire them without cause probably

But anyway Mr. Cohen, do you like what Harry Christophers has built? And how does it compare with the groups that you conducted in England?

JC: I found here a very strong loving enthusiasm for the music, which is super important. Everyone’s eyes are shining.

You or someone said in the recent press release that you don’t believe in an academic approach to the performance of music, which can result a perfunctory, reined-in interpretation.

DS: I think that was my quote, actually. I believe that there is sometimes an impression when you say period instruments that people think that is just for the sole purpose of trying to recreate a sterile moment in time and play music as precisely as you can based on knowledge of the period.

I’ve learned with Jonny and with the other conductors—Harry Christophers, Philip Pickett, and Richard Egarr—about the kind of a creative choices that conductors and performers make, to encourage the music to come alive in a way that’s fresh and exciting and engaging. That happens with the characteristics of period instruments because that’s what the composers had in mind…. That was their sound world. That was what they wrote for, and the music quite often just fits better with those instruments.

When publishers in the 1900s were doing their editions of Baroque work, they edited dissonances out of the music because it seemed to be out of fashion; they didn’t understand it. That took away a lot of the character of music that we now through historical discovery have brought back. So when I think about marketing a period instrument performance, I don’t talk about the fact that we’re recreating what Purcell or some other composer heard. It’s more about making the music come alive in a fresh way, and invigorated 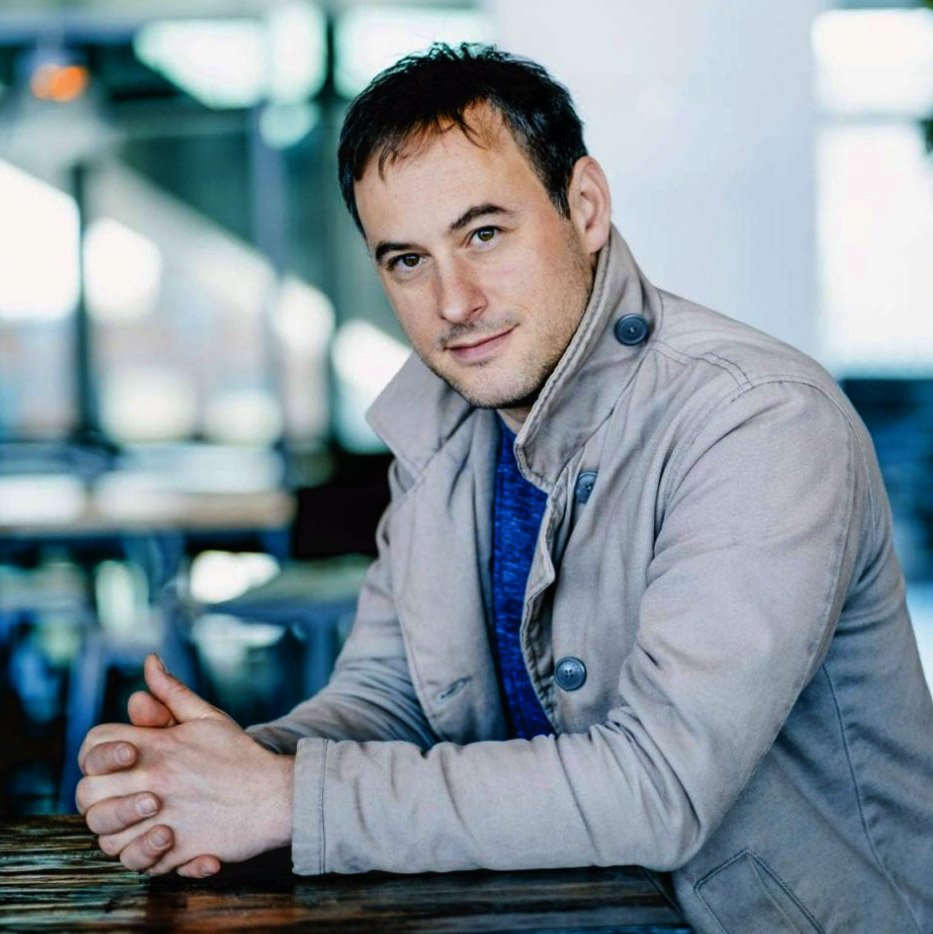 Maybe with the timbres the older composers would have heard…But the cynical take on the early music movement, at least in the past, and with some performing groups is, it’s a takeaway movement, you take away what you consider anachronistic excrescences and what’s left is just the notes.

JC: Things have hugely evolved easily since the birth of the period instrument movement in the 70s. There’s a famous story. Someone said to Yehudi Menuhin that his violin sounded lovely. He held it to his ear and said, “I don’t hear anything.” It’s the same with the period instruments; it’s important to get the timbre, right. One can achieve a huge amount by using period instruments, but they don’t actually make a noise by themselves. What do we play, and how do we play? That’s the primary question. That’s where I’m concerned.

And using period instruments is the now the base level, not the not the feature. In the 60s and 70s players said, “look at my instruments, it makes this sound and that’s extraordinary.” We’ve gone a million miles beyond that, and it’s less ‘how do we play the instruments’ and more ‘how do we use them to express.’

When you say ‘express,’ it implies that you believe that there is emotion to be found in the notes.

Oh goodness. It’s not music without emotion. Period instrument practice is very important, but let’s not get fixated on it.

So when you were studying organ, were you told to detach? Rather than strive for a beautiful, if muddy legato?

Articulation in music is a type of way of using the tongue. Let’s say people use their mouths very differently, enunciate their individual thoughts. There are so many possibilities, so it’s unfair to say that there’s one way to do anything. Bach articulated more or less depending on the music. You want to express changes on a daily basis according to how individuals feel in different situations.

Having had three experiences conducting H+H, do you feel that you are getting what you want in terms of phrasing and articulation easily?

For me, it’s a journey. It’s not my style to say how I want every note articulated. You play that part, you do this, you do that, and then bang, a result. That’s not how music happens for me. We have to share hopes ideas and general thoughts and values. What was expressive looking to you? What does it mean to me? How do I share my ideas and inspirations and then marry them with the players… it’s a process.

So on another words, you’re willing to waste a lot of time in rehearsals talking to the orchestra and listening to them as well as playing.

JC: Of course, to discuss how we make music is central to the artistic process.

DS: I’ve observed in the last round of rehearsals how discussion is part of your process and your approach. This is why you’re at the harpsichord in the middle of the orchestra, because you want to be collaborating. You are also using the percussive characteristics of the harpsichord to establish the beat. You’re engaging, listening, and trying things. The collaborative process is very interesting to watch.

JC: I think of my work with H+H as large-scale chamber music. I can rarely just be a silent conductor with the baton. Conducting after late Beethoven is very different.

Any thoughts about repertoire for your first couple of years? Does this start with the marketing department or with you, or is this is another process?

DS: We will be looking into that in more detail later. He’ll just be doing two weeks in his first season. After that, it becomes more substantive. We haven’t gotten there yet, but we’re starting. As long as we are a consistent with our identity, that’s the extent of the marketing side of it.

Just thinking back to the memo you [JC] sent us back in August about repertoire ideas, including some works like Stravinsky. I think you had an interest in blending, baroque with more contemporary music.

JC: How about the idea of Apollo and Daphne of Handel with Apollon musagète of Stravinsky as a theme of the concert?

That’s interesting because Stravinsky was certainly not thinking about a chorus of 200 and thick orchestration. He’s rather thinking neoclassical thoughts much like Handel.

Even within the periods that we already do there’s a big chest of rare treasures.

As we all know, 99% of all published music has been forgotten and isn’t performed, but there’s great music which is unjustifiably neglected. So you have enough time in your life to look at scores?

I’m always looking and always thinking about what I can discover that constitutes a find.

Are you actually digging into scores or listening on YouTube like the rest of us, or both?

YouTube is an incredible asset for digging into rare music.