Arriving from the presses in August came just the second major publication on this eminent American composer, pianist, conductor, and teacher, in an account from his daughter Lisa. On first glance flipping through the 375 pages, readers will seize on how editor Lisa has carefully radiused the edges and corners of the professional life of her father in this handsome tribute.

No newcomer to what it takes to pull together such a volume, Lisa Kirchner begins her preface, “This anthology of writings by and about my father, Leon Kirchner, includes letters, analyses, interviews, and essays, interleaved with photographs, manuscripts, and art. While compiling the pre-existing materials, I wrote to many of my father’s colleagues expressing my hope that each might contribute an essay illuminating those elements of his aesthetic vision and credo that resonated in their encounters with him. My confidence was rewarded by their generosity and some 40 newly minted writings were rendered for inclusion in “Leon Kirchner and His Verdant World.”

It was several years ago in the early stages of the book’s making, that I heard Lisa’s voicemail on my office phone. What a surprise, how touching—if not humbling—to have received her invitation to contribute to this account. And to her surprise, it has always been “Mr. Kirchner”—never “Leon”—as Lisa thought of my teacher and me as being friends after so many years. Either way, it gives me great pleasure to review this enormous endeavor about Leon Kirchner with whom I studied both at Tanglewood and at Harvard. 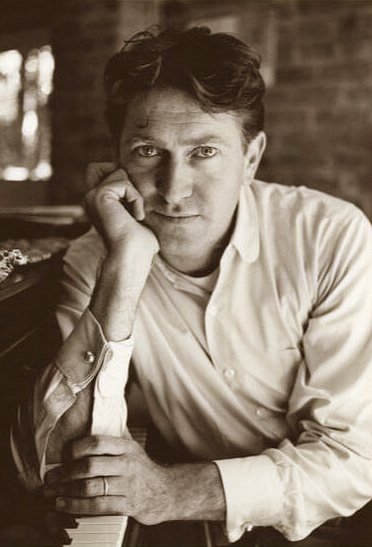 Memories stirred and revelations enlightened, if not amused me, reading Lisa’s account. The editor defines the nine chapters as broad categories. Several titles of Lisa’s interviews transcribed to text immediately thrust the reader into Leon’s world. One from Janet Baker-Carr, “I SOMETIMES THINK I DREAMED ALL OF THIS, AND PERHAPS I HAVE,” and another from Richard Trythall, TRYING TO FIND “A NEW WAY OF PRESENTING CONSCIOUSNESS.” From the chapter that includes essays by performers with whom Kirchner collaborated over a lifetime, Yo-Yo Ma “can still hear him—Rappappapapapa PEEEM, ba PEEEM, ba PEEEM, ba Peeem, ba Peeem….” These utterances presumably during a college coaching session. From accounts by former composition students, Stanley Silverman, studying at Mills College, muses: “Of great annoyance to him, but to the delight of the students, a resident peacock would appear at the window in full plumage and shriek in ecstasy whenever Leon played the piano.”

The book comprises essays and tributes from colleagues, letters to and from Kirchner including extensive correspondence with Roger Sessions, essays from students, musical and literary commentary on and analysis of his works, his published writings, and a rich topography of photos and other images.

These nine chapters bring to light an ever-widening range of perspectives on major themes with a good number of surprises along the way. The editor’s care and dedication evidence themselves everywhere. From her email about my copy, “it is a more rare printing from the press that blackens the blacks and lightens the white but blocks out some of the ‘passing tones’ while it also beautifully burnishes and polishes the images and provides a kind of glossy sheen.”

Lisa Kirchner, a singer/songwriter/actor, has appeared in productions off and on Broadway, on WNET’s “Great Performances,” Bravo Cable, NBC’s “Another World,” at The White House, Gracie Mansion, and in nightclubs. She has produced and released six solo vocal albums and six albums of works and performances by Leon Kirchner on Verdant World and Albany Records. As a freelance photo researcher, Lisa worked steadily for publishers producing images and clearing rights for their art, academic and trade books, including panoramic series and encyclopedias.

For more about what the two have done together, or to buy the book, click [HERE].

David Patterson, Professor of Music and former Chair of the Performing Arts Department at UMass Boston, was recipient of a Fulbright Scholar Award and the Chancellor’s Distinction in Teaching Award. He studied with Nadia Boulanger and Olivier Messiaen in Paris and holds a PhD from Harvard University. He is the author of “20 Little Piano Pieces from Around the World” (G. Schirmer).  www.notescape.net