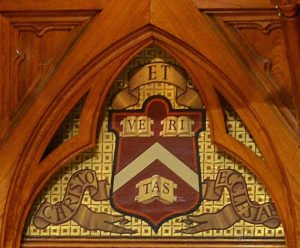 The next installment in the Parker Quartet’s season includes the Blodgett Composition Prize performance of one of Harvard University’s graduate students Jonah Haven’s Laugh Radish at Paine Hall on November 6th at 3:00, along with Bartok’s Fifth Quartet and Korngold’s String Sextet (with cellist Raman Ramakrishnan and violist Marcus Thompson). The group’s violinist Daniel Chong has ‘… fallen absolutely in love with it. It’s just so expressive, charming, and vivid. It’s romanticism to a degree that only Korngold can really do.” The Parker Quartet, the first full-time Blodgett Quartet-in-Residence at Harvard University since the residency’s inception in 1985, recently added a distinction: status as the first to join the University’s senior faculty as Professors of the Practice. This means that in addition to presenting a four-concert series every season, teaching Chamber Music Performance, working with the composition faculty and students, and collaborating with other faculty throughout the university, the foursome will have the security to undertake longer-term projects that interest them.

This isn’t going to be tenure track, but there’s expectation that it’s for a goodly period. It’s the closest thing to tenure track that it can be seeing as though tenure track positions for string quartets do not exist. My understanding is that there’s no other quartet position in any university or conservatory quite like this.

DC: Absolutely. What makes our position so unique is that there’s so much flexibility and the department is extremely supportive of our touring activities. The expectation is that we are out there continuing to be at the forefront of our field.

This year, we’re celebrating our 20th anniversary with a Beethoven project, which of course includes playing the entire cycle in Buffalo and at the University of South Carolina, but beyond that, we have several branches of the project that we’re focused on. One of them is commissioning six composers to write encore-style works inspired by Beethoven. Each of the six concerts will include one of these premieres. Some of the composers have chosen to make specific references to specific Beethoven quartets, others are writing more broadly through the lens of Beethoven’s language or incorporating some element of his compositional style. This part of the project is called ”Beethoven: Inspired.”

“Beethoven: In the Community” finds us spreading out the performance of the cycle here in Boston, but not in concert venues. We will go deep inside the community and perform these quartets for people in places such as hospitals, shelters, youth programs…places where one would not normally expect to hear a Beethoven quartet. Our hope is that we can connect and deepen our relationship with more folks in our community by sharing this great music. One of the ways we are approaching this is by visiting several places multiple times versus many places only once. Our hope is that a series of visits to each place will build stronger ties with listeners and also give them the chance to really engage with Beethoven’s music.

The third part of our project will be centered around a series of videos that we are creating. It’s called “Beethoven: Illuminated.” These videos will highlight each of the 16 Beethoven quartets individually. We’ll take a closer look, uncover the inner workings, and demonstrate extraordinary passages from this repertoire. Without a doubt, the historical and theoretical contexts, the challenges and what makes each quartet unique will surface. We’re going to release these on our YouTube channel and our hope is that it can serve as a reference library of sorts. Let’s say there’s a young quartet who’s playing Op. 131 for the first time and they’re interested in knowing what it’s about before diving in, or music lovers who have always been fascinated by the Beethoven quartets simply want to know more about what makes them special. These videos are meant for people like that.

Every year there is a Blodgett composition prize awarded to a student at Harvard. As part of that prize, we perform their piece on our Blodgett Chamber Music Series. The most recent winner, Jonah Haven, has written Laugh Radish. It will be opening our Paine Hall concert in November and will be followed by Bartok’s Fifth Quartet and Korngold’s String Sextet (with cellist Raman Ramakrishnan and violist Marcus Thompson). The sextet is not played very much, but I’ve fallen absolutely in love with it. I think it’s a gem of a piece.

Until 1985-2014, the Blodgett Residency was a visiting residency. The quartet holding the position would come for one or two weeks per semester to teach, perform, and work with the composition department.

Chong continues: “Fast forward to 2012 — the Harvard Music Department has chosen to embrace the students’ growing passion for performance and decides to make the residency a full-time position. They then invited several quartets for an interview and audition for this position. We ended up being offered the job, and we started the very first chapter of the full-time quartet residency in the fall of 2014. That meant we were in charge of running a semester long course in chamber music performance, performing a four-concert series, working closely with composers and developing interdisciplinary projects with other faculty among many other smaller activities. 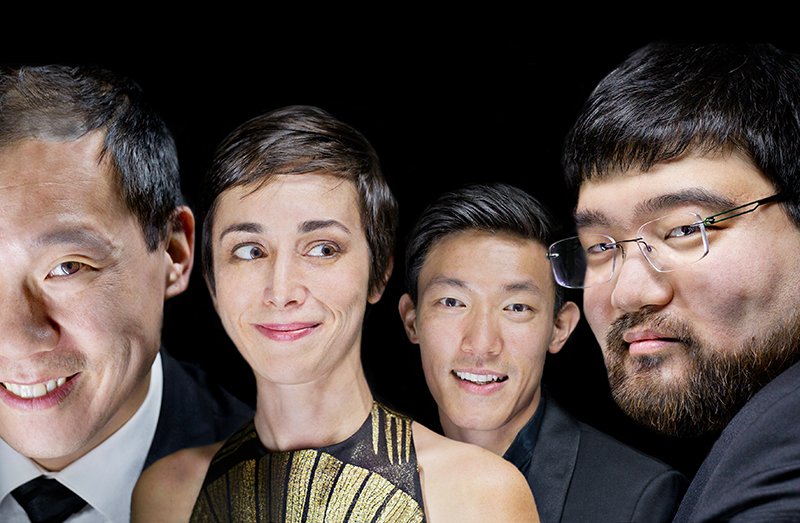 At that time, our titles were visiting lecturers. Three years later, we became preceptors. I think the hope of the department was always to find a way to establish a more secure, long-term relationship with the quartet. From the beginning of these discussions, we always felt we had the full support of the faculty. Then this past summer we found out that with the support of FAS and the higher administration we were approved for a promotion to Professors of the Practice. This senior faculty position now allows us to make an even deeper commitment to the music department and allows us to be here for the long run. We are immensely grateful for the support Harvard has given us and feel lucky to be a part of one of the most exciting and progressive music departments in the world.

This is our home base. So, when we’re not touring, we are usually in the department doing something. Our rehearsal studio is in the music building so we’re there most days rehearsing. We have our chamber music course, Music 189r, as well. 40 to 50 students are accepted into this course each semester which means usually between 10 to 15 ensembles are formed. We co-teach all of the students through weekly coachings, performance classes, writing assignments such as program notes and reflections on the learning process, and final performances. In the past we’ve also given presentation on score-study and rehearsal techniques. During the initial COVID outbreak we helped students learn skills in multitracking and audio editing so that they could make their own recordings.

The kinds of ensembles involved in our course runs the gamut from piano trios, piano quartets, and string quartets to brass/wind ensembles and mixed ensembles with voice. It really just depends on who’s interested in the course and if we can create a group that makes sense for everyone. It’s an absolute joy to work with these students and foster their love for music and the music-making process.