The world premier of Harbor by the Liz Gerring Dance Company with the JACK Quartet at the Institute of Contemporary Art this past Friday proved that dance can fundamentally enhance John Luther Adams’s music. Adams is not interested in writing music about an idea, rather he wants to force the listener to transcend the score and become sound. Such a naturalistic and intimate relationship between composition and listener may not seem to adapt well to dance, but Harbor, choreographed by Liz Gerring to the John Luther Adams string quartet Waves and Particles, proved otherwise. The prestigious JACK Quartet, selected as Musical America’s 2018 “Ensemble of the Year,” was perfect for Adams’s medium breaking music due to their long-standing commitment to contemporary classical music. Adams starts with a tonally ambiguous chord based on an open fifth on F, with the cello anchoring the root, the second violin holding the fifth, and the first violin adding a sixth that contributes to the open texture. The chord aggressively pounds while the violin or viola alternates sounding a high tone in the harmonic series, or the cello cuts out, thereby leaving the texture with the tighter but equally ambiguous major second between the two violins. The rhythmic insistence of this firm and vague tonality is the allegorical rabbit hole that first transports the audience to Adams’ world. Initially we wondered, perhaps with slight annoyance, whether the chord or rhythm would ever change. After a few minutes, however, the repetitions hypnotized us, aided by the natural and stolid tonality of the harmonic-series-based chord. Once he achieved this state, Adams could introduce any idea without having to worry about any suspension of disbelief. Humans intuit how to listen to the world, but first Adams needed to smash the internalized expectations and biases that come with the concert-hall regimen.

The New York based Liz Gerring dance company has been presenting Gerring’s works in New York and abroad since 1998. Gerring’s choreography for Harbor proved essential to the transformative effect of Adams’s quartet. Rather than responding to or synchronizing with the music, dance and music synesthetically intertwine. Dance becomes music and music becomes dance. Frequently two dancers slowly pirouetted in contorted positions while a third moved rapidly. This minimalist motif of rotation visually created a hypnotic texture with the third dancer’s rapid motion layered on top. The music functioned much in the same way by using repetitive minimalist motifs to make a spell-binding texture on which the composer built. Audio and visuals served the same artistic function of spectator transformation, and as such, frequently allowed either dance or music to stand on its own. A section of the performance might have begun in aural silence, while another section began in visual stillness. In both cases, whether there is only music or only dance, the art attempted the same stupefying effect to suspend the audience’s reality. By eliciting the same response of transformation, the lines between dance and music became blurred. If dance in silence makes the audience feel the same as music in stillness, then what differentiates the two?

The physicality of the music and the sound of the dance added to the synesthesia. The demands on the musicians through the furious bowings of notes, sudden tempo changes, and collective breathing and gestures to maintain time, produced its own choreography. At times the driving cellist moved the most on stage, encouraging us to experience musicians as dancers. Lighting designer Jennifer Tipton should be commended for placing the musicians within the physical space of the performance by circling the quartet with light. The dancers often entered that circle, melding dancers and musicians. In a particularly powerful moment, dancer Mariah Anton froze in front of the musicians with arms fully outstretched as if she were a conductor. This directed the visual attention and energy of the now frozen dancers to the raging musicians. Conversely, the attention and energy of the music turned to Anton, whose conductor stance held the will of the previously independent quartet. For the dancers, the conscious decision to allow sound to be heard, with the loud noise of their footfalls and breathing, made their performance inherently musical. Especially set against Adams’s composition, that transitioned beyond music into sound, the natural noises of the dancers’ bodies made their own music.

The resulting spellbinding, synesthetic, and transformative artistic experience spoke to the craft of composer John Luther Adams and choreographer Liz Gerring, but the performers realized the intended effects of the work, of course. The production demanded that both musicians and dancers become objects of the performance within an exposed setting. One mistake or deviation would have broken the entire spell. The architectural lighting that added dramatic tension and shadow, constantly illuminated the musicians; even when they were silent, they could not relax. Similarly, the open wings of the stage made the dancers always visible. 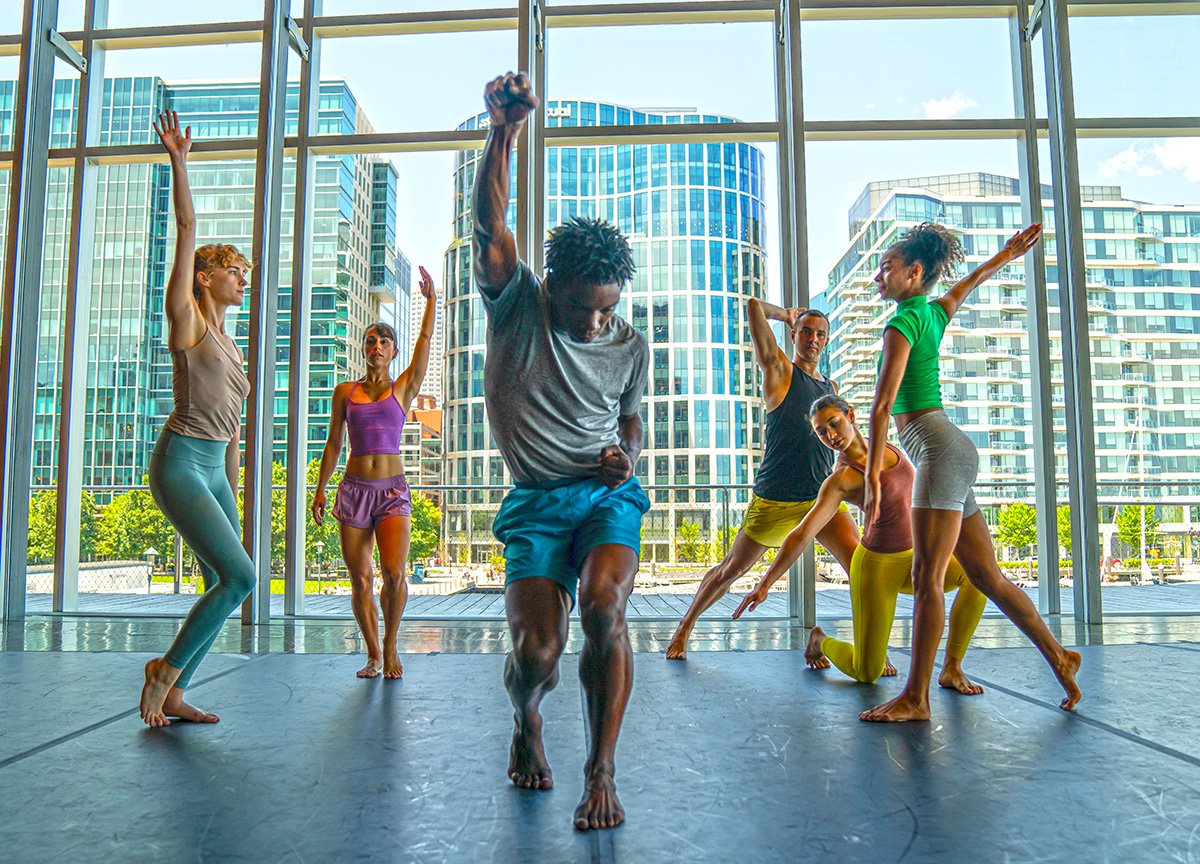 Note: This review incorporates some observations from Nora Paul, a dancer and the publisher’s niece.

Comments Off on JACK And Gerring In ICA Harbor