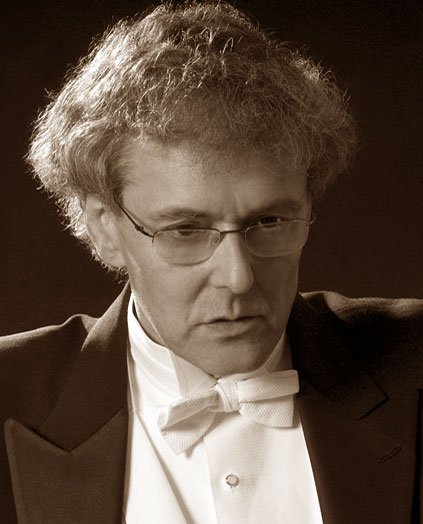 A cast of 28 top-notch singers and 31 period instrumentalists assembled at New England Conservatory’s Jordan Hall on Sunday afternoon for Boston Baroque’s latest (and 50th-Anniversary Season) traversal of J. S. Bach’s Mass in B Minor under the direction of Martin Pearlman. The show had run at the WGBH Calderwood Studios on Saturday night and will be available through streaming HERE. The orchestral and vocal soloists all made much of their moments to stand in the spotlight, and the BB professional chorus held up its hallowed tradition of speed, accuracy, and perfect fugal entrances, with polished tone, if somewhat lacking in nuance. Kudos to the continuo team of chest organist Michael Beattie, vocal cellist Michael Untermann, and double bassist Motomi Igarashi for incisive support and ornamental ensemble glue. One might yearn, though for the large organ that Bach would have employed. Would that Boston had one at A 415 or that a half-tone-downward transposition with an A440 instrument would work. How about the meantone Fisk at Wellesley Chapel? It would produce some interesting wolfish moments. Christoph Wolff recounted for me:

The Sanctus was frequently heard in both Leipzig main churches, St. Thomas and St. Nicolai. In both churches the accompanying organ was the large instrument in the choir loft, invariably used for all of Bach’s sacred works written for Leipzig. (The St. Thomas School also owned a small chest organ of the kind most early music groups use today, but it was only used for wedding services at restaurants or private homes.)

Regarding the Kyrie and Gloria of 1733, there were possibly two performances (none of them definitively documented): at the fealty service for the new Saxon Elector in April 1733 in St. Nicolai and at a private event in late July 1733 in Dresden’s St. Sophia’s Church, where Wilhelm Friedemann Bach had just been appointed organist. In both instances the large organs would have been used.

Between 2010 and 2018, BMInt has published 14 reviews of Bach’s masterpiece. The late and much-missed Virginia Newes’s account of Boston Baroque’s 2016 interpretation reached the gold standard for elucidation. As a salute to her, we incorporate and adapt it here with performer name-changes and my emendations and qualifications in editorial brackets. Newes anointed the B Minor Mass as a supremely ambitious work:

…in the sheer virtuosity of its rhythmic and melodic details, in its harmonic and contrapuntal mastery, as well as in the grandeur of its overall plan. Bach sought to surpass himself, his contemporaries, and his forbears in this setting of a liturgical text with a long tradition behind it.

The Mass explores modern as well as retrospective contrapuntal techniques, various vocal and instrumental styles, solo and ensemble writing with and without obbligato instruments, and large-scale and complex scoring. In its first incarnation, the Mass in B Minor was a Missa Brevis, an abbreviated form consisting only of the Kyrie and the Gloria. This was the only kind of Mass done in Lutheran Leipzig, where Bach served as music director of two of the principal churches. Such Masses were also preferred in Dresden, where the court was Catholic but most of the landed gentry remained Lutheran. The Missa probably took place at a special afternoon concert at the church of St. Sophia in Dresden, where Wilhelm Friedemann, Bach’s eldest son, was organist. On July 27, 1733, Bach dedicated his Kyrie and Gloria to Friedrich August, elector of Saxony and later king of Poland, as a “small work of that science which I have attained in music.” As Christoph Wolff emphasizes in Johann Sebastian Bach. The Learned Musician, Bach, a much-admired organist, was here presenting himself as no mere performer but a “musical scholar producing works of musical science.” In making the dedication he was hoping for a court title, though he did not receive one until 1736. Bach completed the Mass in 1748-49, adding the movements of the Credo, Sanctus, and Agnus Dei, some of which, like those of the Kyrie and Gloria, were adapted from earlier compositions.

Putting together this gigantic work with its disparate styles and forces is no mean feat, and Martin Pearlman’s approach to the B Minor Mass seemed calculated to project a sense of unity and dramatic power across widely varying musical textures and genres. In this he was mostly successful, employing brisk tempos [only when appropriate and departing from his tendency to over articulate. Relaxing more than we expected, he brought the Mass in at an entirely reasonable, almost expansive 115 minutes. According to Jeffrey Gantz, Pearlman spanned it in 105 minutes in 2016, while Klemperer set the record for longueurs at 135. Never this time did he exhibit] breathless speed overtaking the ability of singers and players to keep up. [We agreed with Mrs. Newes in] hungering for a little more flexibility, a breath here and there. [What phrasing that did take place must have been developed at rehearsals, since Pearlman did very little visual shaping.]

In the Kyrie, two fugues in contrasting styles for five-part choir and full obbligato orchestra (but without brasses or timpani) framed a duet for first and second sopranos [Amanda Forsythe and Sonja Tengblad] with violin obbligato and continuo accompaniment. [The two matched tones splendidly, though Forsythe, albeit gleaming in her tone, had a relentless habit of employing vibrato on phrase endings and flirting with the crowd. Tengblad used her very attractive tones with a bit more texturally considered restraint]. After a brief introduction, the orchestra launched into a stately Baroque-style fugue subject, its jagged compound melodic line featuring sighing two-note motives that were set off (almost as an additional voice) by Pearlman’s crisp articulation. After the bright D major of the duet, the second Kyrie ventured into the darker key of F-sharp minor in stile antico manner, evoking Renaissance polyphony but set against a decidedly Baroque “walking” bass line. The opening chorus of the Gloria burst in, full force, with parts for three natural trumpets, timpani, flutes, oboes, bassoons, strings, and continuo in the resounding trumpet key of D major. Although the opening section, in fast triple time, seems to have been adapted from a lost instrumental concerto, it was skillfully incorporated into the movement’s larger architecture, in which expansive movements for choir and orchestra frame solo arias for each concertist of the choir, with an obbligato part awarded to each family of instruments (strings, flutes, reeds, and brass). After the fast opening, a change of pace and a second, gentler fugue on “Et in terra pax.” [Tamara Mumford, the extremely warm and irresistible mezzo-soprano], and concertmaster Christina Day Martinson duetted in “Laudamus te,” an aria of ornamental arabesques set over a walking bass. Here the tempo seemed a shade too fast as both soloists and ensemble players scurried to keep up with the relentless beat. [This time Pearlman gave the soloists room to breathe] “Gratias agimus tibi,” a four-part fugue on a chant motive, was taken from an earlier cantata. Forsythe and refulgent tenor Nicholas Phan] perfectly matched in the gentle roulades of their duet on “Domine Deus.” 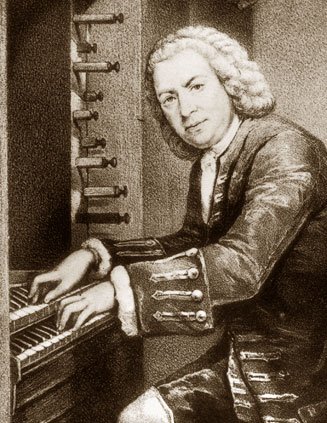 Playing on a Baroque instrument of exceptionally lovely, rounded tone, Joseph Monticello delivered a beautifully articulated flute obbligato that constituted one of the evening’s highlights. The duet’s quiet minor conclusion led directly into a somber “Qui tollis,” incorporating another chorus from a pre-existing cantata. Mumford took the soloist in the alto aria that followed, “Qui sedes ad dexteram Patris.” With [sensuous] warmth in the upper notes and clarity throughout her range, [Mumford] made much of the moment. [David Dickey] provided the affecting and [completely secure] oboe d’amore obbligato in this lilting siciliano. The aria that followed, “Quoniam tu solus sanctus,” began with a virtuosic solo for corno da caccia (hunting horn), played [with great bravura] by Todd Williams, accompanied by two bassoons [Andrew Schwartz and Allen Hamrick] that provided the perfect foil to the horn’s thrilling sound. Bass-baritone Kevin Deas brought a sweet upper range and incisive rhythmic verve and a dignified solid lower register, his [ornamentation] rivalling the horn in adroit virtuosity. At a near breakneck tempo, the final chorus, a fugue on “Cum sancto spiritu . . . Amen,” concluded the Gloria on a triumphant note.

Like the Gloria, the Credo is a complex of choruses and arias that follow one another in apparently logical sequence. Several parts of the Credo again derived from Bach’s earlier works; other reflected his assiduous studying, copying, and directing Masses by composers from Palestrina to his own contemporaries. Thus the opening chorus pairs a motet (“Credo in unum Deum”) in archaic style on the liturgical chant, for five-voice chorus plus two independent violin parts and continuo, with a concertato fugue for four voices and full orchestra. After the duet for soprano [Forsythe] and alto [Mumford], in which the two voices playfully exchange short motives, three solemn choruses recount the life of Christ from birth to resurrection. The central movement, “Crucifixus,” is a passacaglia with the repeating chromatically descending bass that traditionally spelled mourning in both sacred and secular contexts. “Et resurrexit” is a concerto-like movement in the spirit of the Gloria’s opening chorus. After a solo aria, “Et in spiritum sanctum,” that joined Deas’s ringing baritone with two oboe d’amore, strict imitative counterpoint over a walking bass returned in “Confiteor unum baptisma” (I acknowledge one baptism), harking back to the stile antico manner of the opening Credo. [In a show-stopping manner], Pearlman brilliantly executed [Bach’s amazing] transition from the slow, chromatically-tinged descent on the words “Et expecto resurrectionem mortuorum” (And I await the resurrection of the dead) to the triumphant reinterpretation of the same text that opens the following tutti in D major.

Almost all sections of the Sanctus and Agnus Dei originated in previous pieces. Bach composed the Sanctus itself in 1724 for six-voice chorus and three oboes. It opens on a massive curtain of sound in simple harmonies over descending octaves in the bass, followed by a sprightly triple-time fugue on “Pleni sunt coeli.” The Osanna, in the same tempo, was adapted from a secular cantata written to celebrate Friedrich August’s election as King of Poland. Here the chorus regrouped to form two opposing choirs of four parts each. Phan’s sensitivity in the Benedictus equaled in expressive beauty [Monticello’s exquisite] flute obbligato. Bach adapted the Agnus Dei from an earlier cantata as an alto solo with violins and continuo. [Mumford] delivered an intensely moving interlude before the final “Dona nobis pacem [brought down the house with trumpets and drums…again].

In 2016 John Ehrlich wrote on these pages of a BEMF version under Ton Koopman:

To believers and non-believers alike, this work undertakes a spiritual journey, which undeniably bolsters and affirms faith in listeners and performers. Somehow, we are all the better for having heard and performed this.