No doubt the repertoire and soloist attracted the capacity audience; nevertheless it gave a distinct pleasure to see a full Symphony Hall on Saturday for the opening night of the Boston Symphony Orchestra’s 142nd season. Three evergreen crowd-pleasers took their places alongside a work that had premiered at Tanglewood in July. Gail Samuel, the first female President and CEO of the BSO, began her second season in the role with a warm welcome and callouts to handful of important personages in the organization.

The concert opened, appropriately, with the fanfare-like new piece, Motherboxx Connection by Carlos Simon (b. 1986). In its original form it was the first movement of a four-movement larger work called Tales: A Folklore Symphony first performed last January. Simon revised the first movement to be a stand-alone work which was premiered, as noted, by the BSO at Tanglewood in July. An African American with an exceptionally eclectic musical background as performer and composer, including gospel, musical theater, hip-hop, electronic and computer-generated music, and classical, Simon noted, “The motherboxx is the technological equivalent of the ‘mother land’ in the black diaspora imagination. She is where black identities merge and depart. To represent [her] power and intelligence, I have composed a short fast-moving musical idea that constantly weaves in and throughout the orchestra. A majestic, fanfare-like figure also provides the overall mood of strength and heroism.” Andris Nelsons led an exuberant performance of unflagging energy that displayed all the sections of the orchestra but especially highlighted the glittering glockenspiel, tubular bells, and various other percussion instruments. Nelsons’s and the players’ steady rhythm set off the many syncopations while their colorful, brilliant playing gave striking life to black icons of the past and present (e.g., John Henry and Black Panther) with a nod to Afrofuturist art of multiple genres. Motherboxx Connection would need little or no adaptation to be used as part of a fine film or dance score.

Despite some minor discomfort with the English language, Andris Nelsons then spoke to us from the heart (has any previous BSO music director sounded so unabashed?), conveying the powerful emotions he and the players feel to have in-person performances with fewer restrictions and noting that in the important process of citizens comforting each other even as the pandemic wanes, music is vital. In addition to the orchestra’s highlighting the work of minority and women composers this season, one hopes that Nelsons’s demonstrated belief in the power of music to heal and unite will attract crowds of all ages like Saturday’s.

Management generally relegates Gershwin’s An American in Paris to the category of Boston Pops light music. Doubtless, Gershwin’s instrumentation calling for saxophones, tom-toms, taxi horns, etc., also contributed to this perception, but in fact he cleverly constructed it with multiple melodies that recur and combine, and it fuses jazz and classical music as well as French and American aesthetics. Nelsons subtly played up the non-classical aspects of Gershwin’s music by demanding “scoops” on some brass entrances, leaning on bluesy harmonies, and allowing greater freedom of rhythm than many conductors. The slow blues section well portrayed the temporarily homesick mood of the American narrator, as principal trumpet Thomas Rolfs caressed his solo line; when the strings repeated this melody, they used a fresh, lean tone, avoiding the plush “Philadelphia sound” that often turns this into something grandly symphonic. Another delectable moment was the Parisian can-can, played with sassy ebullience, that makes the American forget his homesickness. Nelsons and his band kept textures transparent so that reappearances and combinations of themes were always clear.

Paul Dukas’s The Sorcerer’s Apprentice is also too often airily dismissed as light music or program music, but in fact the tone poem’s program has an impressive pedigree: the Goethe’s poem “Der Zauberlehrling.” Similar versions of the tale have existed in many cultures and mythologies, the oldest known dating to second-century Greece, as told by the satirist Lucian. The common thread concerns a master sorcerer whose young, inexperienced apprentice, left by himself temporarily, attempts to dabble in the magical arts with near-disastrous results. A skillful orchestrator, Dukas utilized the resources of a large orchestra to tell the story vividly: wispy, ethereal strings at the beginning creating mystery and uncertainty; the quasi-comical but relentless bassoon presenting the whole main theme which soon grew via more instruments into something much more serious; the foreboding contrabassoon when the apprentice’s seemingly ended spell slowly came back to life with increased menace; the commanding brass-section chords at the climax as the sorcerer finally returned and put an end to the chaos wrought by his apprentice. Nelsons and the BSO delivered all this and more, with descriptive, colorful playing and a sense of drama that kept me on edge, eager to hear what was coming next—despite my familiarity with the score. 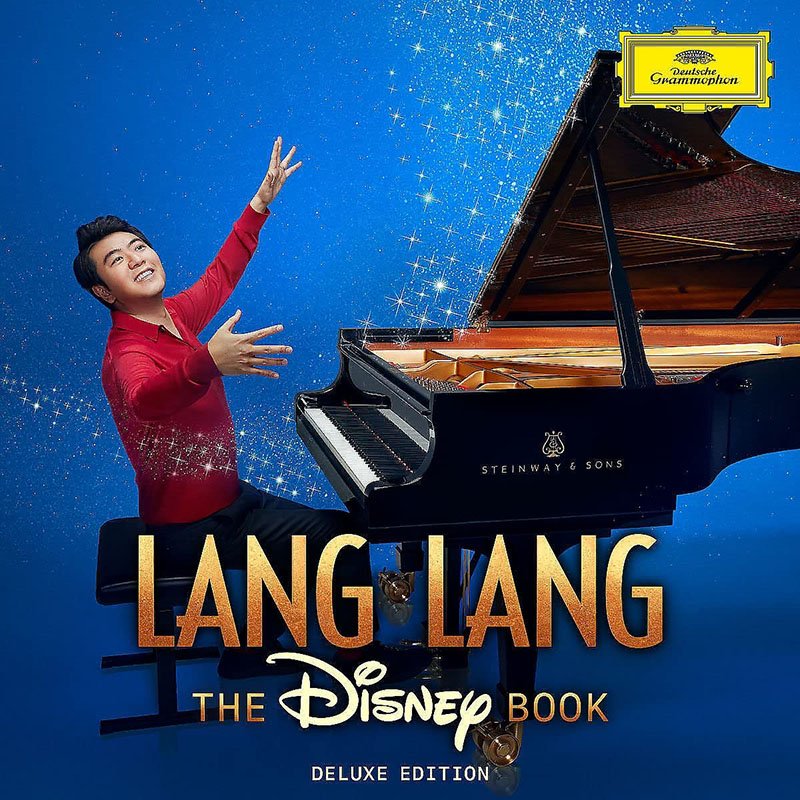 The program ended with the “once and future” warhorse, Camille Saint-Saëns’s Piano Concerto No. 2 in G Minor, Op. 22. In high demand in the early decades of the 20th century, the composer’s most popular concerto lay fallow for subsequent decades; it seems to be rising in popularity again. Lang Lang is unquestionably one of the superstar pianists today with a technique that dazzles, but whose musicianship is not as universally admired. He did his best work Saturday night in the Andante sostenuto first movement of the Saint-Saëns, an unusual melding of Bach with the Romantic, opening with the unaccompanied piano playing changing harmonies over a long G pedal point. The pianist acknowledged both the Baroque and Romantic strains that make up this engrossing movement, playing with both fantasy and forward direction, employing a wide dynamic range but also care in balancing all parts of the texture. After the first movement’s G-minor angst, the E-flat major second movement Allegro scherzando should be a delicious Mendelssohnian scherzo hovering and darting about like A Midsummer Night’s Dream’s fairies—and so it did when the orchestra was playing alone. Lang Lang’s chords, though, sounded slightly over-insistent, and his tempo ran excessively fast, with heavy use of the damper pedal keeping the proceedings earthbound. His fingerwork dazzled, of course, but it would have done better to have teased and joked as well. The final movement is marked Presto, so no one could say the pianist’s tempo wasn’t proper, but his liberal use of the pedal here obscured clarity of detail in both the whirring opening triplets and the mad tarantella of the first theme. The French piano school (of which Saint-Saëns was a prime exponent) emphasizes transparency of sound, deft execution, and grace over power; unfortunately, all these attributes were swept aside in the drive for maximum excitement and a stupendous amount of sound. While piano textures weren’t outright muddy, neither were they crisp and scintillating in the best French manner. Again, Nelsons and the orchestra embraced this style more effectively.

At the brilliant ending, however, the audience conveyed its pleasure so vociferously that Lang Lang obliged them with pianist Stephen Hough’s arrangement of “Feed the Birds” from Mary Poppins. This heartfelt tune started simply enough, but very soon became swooning and self-indulgent, with increasing amounts of Romantic piano rhetoric added. While I was not transported by either the arrangement or the performance, the audience again was.

Ed. Note: The screaming Lang Lang acolytes must already own the Deluxe 2-CD set of “The most unforgettable songs from Disney’s iconic films reimagined by the greatest living pianist. Lang Lang’s ‘The Disney Book’ tells the story of a century of magical, joyous entertainment for all. Join him on an uplifting, virtuosic journey to experience beloved songs from Disney films with collaborators from across the globe, including Andrea Bocelli, Sebasti n Yatra, and Jon Batiste, performing hits from Snow White, Encanto, Beauty and the Beast, Pinocchio and many more..”

I do commend the BSO for its shrewd choices of repertoire and soloist for the purpose of attracting new listeners and raising funds (a major purpose of every season opener), but I hope when Lang Lang returns to Symphony Hall, he will more fully apply the temperament and sensitivity he initially displayed this night.