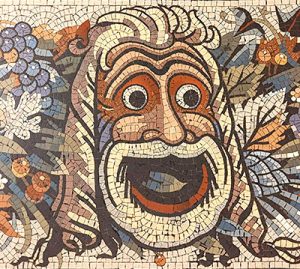 Seeing and hearing any classical show in the magical and inspiring Emerson Colonial Theater interests us tremendously. Witnessing Puccini’s La bohéme from the venerable Boston Lyric Opera adds another dollop. For this production, director Yuval Sharon runs Act IV first and adds a “Wanderer”/interlocutor to explain the proceedings.

This feature will first discuss the venue. Our interesting interview with Lauren Michelle, the show’s Mimi, follows several paragraphs down.

The oldest Boston theater to survive intact and one of Boston architect C.H. Blackall’s (he did many important theaters in Boston as well as Temple Ohabei Shalom in Brookline) most gracious creations, the Colonial Theater opened on December 20, 1900, and through, war and pestilence remained a beloved venue for important premieres and tryouts of plays and musicals. It narrowly escaped conversion to a food court six years ago. Flo Ziegfeld launched his Follies there, and notable players, playwrights and composers at the house include Irving Berlin, Sigmund Romberg, Richard Rogers, and Oscar Hammerstein, Cole Porter, Ether Merman, the Gershwins, Katherine Cornell Lunt and Fontaine, Katherine Cornell Tyrone Power, Paul Robeson, Laurence Olivier, Doyly Carte Company with the great John Reed. I remember that 1973 Pinafore well, as the last musical I heard anywhere without amplification. Imagine Merman projecting to the back rows in Annie Get Your Gun…singers needed great pipes until amplification changed belting to crooning.

The only previous opera production at the house other than, arguably, Porgy and Bess in the 20’s, came in 1991, when Peter Sellars and Craig Smith launched and aborted what was to have been a run of all the Mozart/DaPonte operas. Amplified Broadway musical remain the norm at the house, but stage plays without music continue to allow the unamplified human voice to bloom there. Recently Plaza Suite ran without PA assistance.

A conversational voice on the stage carries beautifully to the back of the second balcony. Other than extensive carpeting, there is no evidence that any sound absorbent material has been added in the latest renovations, and in fact there really are no visible alterations to the house itself whatsoever. Some bars and public spaces have been added and dressing rooms have been much improved. For the La Bohéme show, five rows of seats have been removed to accommodate 53 players required for the rich  Puccini orchestration. That will reduce the available seats to about 1,500. For the record, the pit can apparently squeeze in 40 players.

We observed a one second reverberation period in an empty house. That should drop when the house is full, because unlike some theaters which try to have acoustics unchanging with various levels of attendance, the Colonial’s seats have metal bottom pans that reflect more sound when up. A ¾-scenond reverb when full is likely, so the house probably can’t serve as a natural-acoustic concert hall, but it may prove great for opera where words need to come across. We agree hoping to see and hear.

General manger Joey Riddle general manager would welcome other opera and ballet companies. He says the house rental is not typically a significant or onerous portion of overall production costs.

The theater still feels very much like a relic of 1900. Gilded columns support the balconies and plasterwork hangs on wood lath. Ghosts still roam the five flights of unrestored stairs leading to the renovated dressing rooms. For safety, the back of house and egress are sprinklered.

The orchestra seating was re-raked in recent renovation, and the house accommodates guests with great comfort and sightlines on all levels. Since there are no elevators to the lofty second balcony, management thoughtfully reserves low-priced accessible seating at the orchestra level.

The set for La Bohéme consists of an abstract backdrop and a large, tilted turntable with a single archway. Café lights will descent when Momus prompts, and colorful masks and other props will add some visual interest. When the show’s “Wandererer”/tale-teller walks in place as the table turns, one can imagine the scene when horses pulled chariots on treadmill as Colonial inaugurated the house and the 20th century with “Ben Hur”1

And now, some words from Mimi via Lauren Michelle:

Lauren Michelle, the Mimi in the BLO production, talks about how she got there and what she thinks of  BLO’s “…visionary treatment presenting the opera in reverse order. From finish to start, from death to the promise of new love, from loneliness and despair to the joy of friendships, wine, and song, this reversal presents the characters and arias we love in a refreshing, new vision. Starving young artists and lovers [thus] survive to another day.”

FLE: You’ve already performed at Covent Garden, Vienna State Opera, La Scala, Carnegie Hall, but I gather that Vienna and La Scala have been special for you.

LM: I spent an entire season in the VSO Ensemble. For me it was a little more than just performing because I got to sit alongside great, amazing singers and conductors, and I got to learn from them.  Dominic Mayor, the intendant there, was so generous. When I first got there he said, “You have access to the entire building with this card and I hope you use it.”

Lauren Michelle: I thought, “I can go into any room with this card? So, when all these amazing professors are coming and doing rehearsals, I can just go into the rooms?” That’s what I did, actually. Whenever I wasn’t in rehearsal myself, I would go into other rehearsals.

When Zubin Mehta was conducting there, he just saw this little girl in the back of his rehearsal, taking notes on an iPad. I wanted to see Zubin Mehta conduct Falstaff…I wanted to learn everything. Eventually he was like, “Who are you? You just keep sitting back there.” And I said, “Oh, you know, I’m just a singer.” Eventually has asked me to join him at La Scala to sing a Christmas concert. 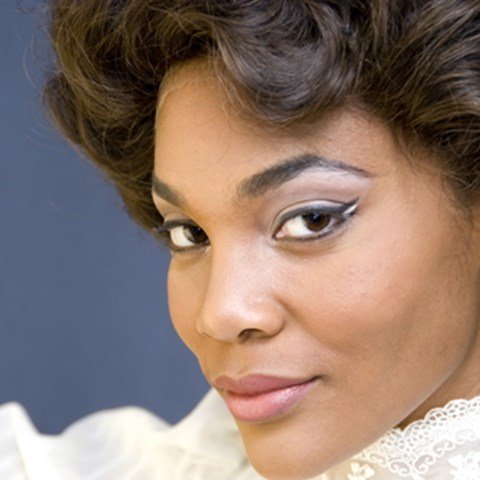 You’ve performed Musetta before undertaking Mimi. Will you keep both roles in your repertoire?

It depends on the situation. I am singing Mimi now because my voice is much fuller than when I was singing Musetta. I’m really, really enjoying the technical challenge in singing Mimi. Being able to project while dying is an entirely new skill for me. My voice has been changing and that maturity is enabling me to do things in the role I couldn’t have done prior, when I was singing Musetta.

Mimi’s death is among the most famous in opera. So, let’s hear you cough. Is fake coughing harmful to your voice?

[Laughs.] Coughing is not just about the audible sound, right? There are a lot of physical things that you can do for coughing, and that is really a lot of what I’m exploring. What is a cough? Where does it stem from, and how can we make it more than just an actual sound?

But Mimi still dies of consumption, doesn’t she?

You’re still getting the basic story, but it’s being presented in a way where certain things are more important than others because it’s going in the opposite direction.  So, the weight of the actual show comes later on…

Which is not to say that the end of Act 4 isn’t one of the great dramatic events in opera.

La bohème has so many wonderful parts that have been idolized at this point. But with this production, we’re doing it in a different way. We’re not taking it out of the historical context, so that everybody understands the story. By doing this in a different order, you’ll find different spaces and places in the opera that we would normally look past.

Can you give us any specifics?
Since, in this production Mimi dies in the beginning, the death scene is not the endpoint you’re looking for. This way you’re actually putting weight on the meeting and the love [between Mimi and Rodolfo].

Okay. How’s your chemistry with Jesus Garcia, your Rodolfo?

Of course, darling, we are artists! That’s what we do! [Laughs.] I’ve been enjoying working with him in rehearsals since he has played Rodolfo the traditional way so many times.

You won the Lotte Lenya competition. Now she didn’t sing opera, she had a gritty cabaret style (which we of course love). So what does one sing in that competition?

Well, Lotte Lenya is closely connected with Kurt Weill, right? I really appreciate their work, and I found a lot of support within the Kurt Weill Foundation, which holds the Lotte Lenya competition. I really, really love acting and I think that the text is one of the most important things in opera. Unfortunately, it isn’t necessarily taught in schools. I pride myself on making sure that I’m acting and I’m giving as much emphasis to the text as I possibly can. This is where Lenya and Weill fit in so well with my work, and why the foundation has been so supportive of me. I’ve just been completely, utterly grateful. As a matter of fact, I’m doing a Mahagonny in Amsterdam next summer

Do you sing “Oh Moon of Alabama?”

Yes! I actually sang that at La Scala too! It’s so funny an aria that has little to do with opera actually has everything to do with my career because I did it at my La Scala debut.

You certainly have a number of interesting and unconventional productions you’ve been a part of, what makes you excited about innovation and the future of opera?

The interesting thing about opera is that whether a person has heard it a lot, or not at all, they understand that they’re experiencing something spectacular. There’s a level of awe when people hear the classical voice. So, I am excited about finding ways for all people to experience opera and feel comfortable when listening to it on their own.

To work toward that, I’m building a tech startup company — called Operaverse — that finds ways to put opera into virtual experiences. For the past three years I have been navigating the tech world to find intersections where opera, technological innovations and the metaverse can exist in the future.  The next generation of the web can empower artists and listeners to get a hold of the opera we’ve always wanted; to regain sovereignty within the artform. That’s what I’m experimenting with.

Currently I try to collaborate with opera companies that are open, innovative, and have protective spaces for artists.  I can’t fix all the things that don’t work in today’s world but I can be part of building what it looks like in the future; part of the change. I’m learning how to purpose my time as an artist more wisely. That includes finding ways to allow the next generation to experience the beauty of opera.

1The standing-room-only crowd included Winston Churchill, as Ben-Hur operated with a cast and crew of 350 people and featured eight live horses on stage in full gallop during the chariot race scene. The play was so mechanically and technically extraordinary, it was featured on the cover of Scientific American. Sound films came to the theater in October 1927 with the local premiere of “Don Juan” using the Vitaphone sound on disc process.

Pre-Show Lecture one hour before curtain.

CAST (in order of appearance)