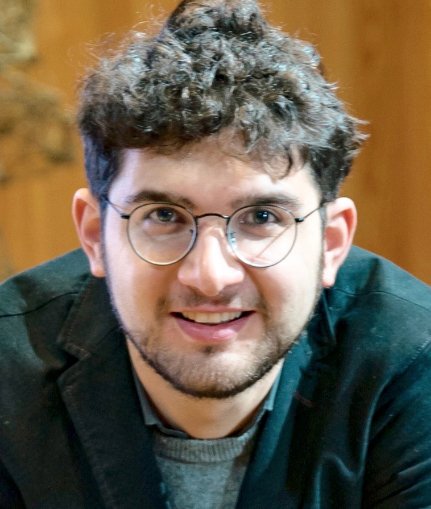 Maverick Concerts ended its 107th season of “Music in the Woods” on Sunday with a solo recital by the prodigiously gifted Uzbek–Israeli pianist Roman Rabinovich offering “The Mystical World of César Franck: The Complete Music for Piano”

Music Director Alexander Platt, as always, opened the afternoon’s proceedings with a learned little sprach about Franck — the composer, the pedagogue, the organist. Platt then announced a change in the order of the program: Rabinovich would open with the two pieces originally slated for the second half.

Born in Tashkent, Uzbekistan, Rabinovich emigrated with his family to Israel in 1994, where at age ten he made his debut with the Israel Philharmonic under Zubin Mehta. At the Maverick on his demonstrably calm, self-assured energy, filled the hall even in the sweetest and softest parts.

The new order of service worked admirably well. After taking the stage, Rabinovich sat quietly at the keyboard, waiting for the audience to settle down, waiting until he was sure that he had everyone’s full attention. Only then did he begin. This was cleverly done, right from the get-go. The Prelude, Fugue et Variation, op. 8, opens with a gentle, step-wise tune that commended itself to an attentive audience, laying the groundwork for the pyrotechnics to come.

Rabinovich deployed this clever trope several times. He would draw out the silence onstage at the end of a movement or a piece, holding the pause, spinning out that last moment of stillness until the very last of the harmonics and reverberations found their way to the back of the hall. The audience loved it. We did not entirely agree, but were convinced in the end that such a clever trick has a place. It is all part of the power and dignity of hearing music performed live in a great concert hall.

Franck originally composed his op. 8 for harmonium and piano duet before arranging it for organ solo. Harold Bauer, a major pianist, influential American teacher and editor writing in the early part of the 20th century, transcribed it for solo piano. We could hear the voice of the organ peeking out between the folds of arpeggios, grounding the swift runnels and passagework, woven into the voice of the piano. There was no mistaking the work’s origins.

The Violin Sonata in A Major, Op. 18 came to us in an incandescent arrangement for solo piano that the great Alfred Cortot wrote during Franck’s lifetime. This was no small undertaking, and Rabinovich, with calm, virtuosic deftness and artistry, showed supreme command of the music, of the structure, of the voicing throughout.

Prélude, Aria et Final and the more familiar Prélude, Choral et Fugue constituted the second half. Franck set both of these pieces for organ and performed them in the Basilica of St. Clotilde in Paris. And both sounded more than a little nostalgic for the clarity, the clean structure, the sonorities of the Baroque.

There aren’t many solo piano recitals at Maverick; this concert movingly bookended the season that Simone Dinnerstein opened in July.