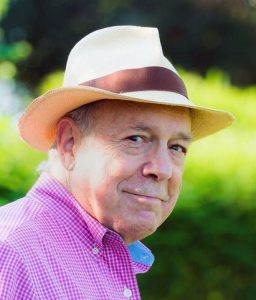 Are you satisfied with how your career has unfolded?

I made a conscious decision (spoken to myself and others in so many words) many years ago never to be bitter about what I might not achieve in fame or recognition. How tiresome are those regrets of many musicians who think the world failed to give them the accolades they deserved. By contrast, I feel very lucky that I have been able to play the music I love most, often with some incredible (and world famous) collaborators (like Leonard Rose, Robert Mann, Roman Totenberg, and many wonderful NEC colleagues). And I have taught all these years in one of the world’s great schools of music. What a great privilege! If I look back on opportunities missed, there is one moment that could have changed the trajectory of my career: it was when Erich Leinsdorf saw me conduct a little kids orchestra at a summer camp in the Berkshires where his daughter was a violinist. He must have seen something in our little attempt at the first movement of Beethoven’s First Symphony, because afterwards he invited me to be some kind of assistant at the BSO. Stupidly, I turned it down because I was in the middle of my graduate studies. I mean, really, how stupid can you be?

But, you know, even though that could have led to something very different and wonderful (and I always have loved conducting), I am rather happy that I have had a not too shabby career. I’ve traveled for concerts and teaching in many parts of the world (even to Iraq, believe it or not), and have had the admiration of my students and musical colleagues. A life in music is a pretty great thing, regardless of the degree of fame or fortune it brings.

I have loved all aspects of my professional life, though probably not all equally all the time. Certainly, teaching is the core of my life and the thing I can’t do without. I have a passion for teaching that is undiminished. I once flew to Montreal to see a Chagall exhibit, and struck up a conversation with a young woman across the aisle on the plane who was studying a piano score. By the end of the hour plane ride, we were arranging a lesson the next morning. I couldn’t manage even a 24-hour getaway for an art exhibit to be free of teaching!

Do you take pride in your legacy of successful students?

Again, the question comes up, what is the measure of success? I have had a few competition winning students who have made performance careers. But I’m just as interested in the larger ripple of all the students I have taught who then teach their students and keep certain values and attitudes alive. The only real legacy any of us has as performers (beyond recordings) is the impact we have on those whose lives we touch. That’s the only kind of immortality I believe in.

You are a pianist with a singing tone.

All of us teachers talk about it and ask for it, and who doesn’t love the sound of a beautiful voice? All music starts with the voice, I suppose and we are all trying to emulate what voices do on our instruments. But just as important in my view, is for music to “speak”. I want my listeners not just admire my sound for its own sake but to feel they are caught up in a narrative, being told a story, if you will. As I tell my students, “you are the narrator of the story and you are also playing all the parts, the roles”.

Do you define artistry as warmly fuzzy unpredictability?

Your definition, not mine. Artistry is having something to say that gets across to your audience as engagement, being moved, being in some way changed.

How do you rank your enjoyment of solo vs chamber vs concerto?

I guess if I had to choose one, it would be playing chamber music. It’s nice to have the camaraderie of others while making music. Solo is more nerve-wracking/provoking, but wonderful in the total interpretive control one has. Playing with an orchestra is always exhilarating though.

Are the composers whom you enjoy hearing the same as the ones you enjoy playing?

Mostly, but I enjoy lots of music and composers that I don’t play. For one thing I love the symphonic and operatic repertoire — and that involves composers who didn’t write much, if anything, for the piano. But within piano repertoire, I have no interest in playing a Prokofiev sonata that I know tons of pianists could play better. And there’s still so much music by the composers I love that I haven’t played that I’d like to only play the music I truly love in the time I have left.

I still feel I have a book about music in me, having taught for so long. The obstacle was always time (now hopefully I will have it) and the thought that most of what I want to say about music needs to be heard not just read. Charles Rosen partly solved that by having a CD in the back of his book, but now you could link to a website for musical examples. So maybe I will get around to doing it.

Sometimes. I have strong political views but have never been a political activist, nor do I have the pulpit from which to speak like, say, Bernstein. However, for more than ten years I was curating a benefit concert series for Mass Peace Action because I believed in its mission of finding peaceful solutions to the world’s problems. But finally I had to withdraw from that work, finding their position on the Israel-Palestine conflict too overtly anti-Israel and not balanced or nuanced enough. I just couldn’t support the organization anymore.

What are your future plans now that you are leaving NEC?

It looks like the months ahead will be busier than expected.  I have teaching and performing trips to Japan, Puerto Rico, and Israel — all between 1 and 3 weeks — and a two month Artist-in-Residence position in Taiwan in the spring.  I am happy still to be busy making music and would be happy for an adjunct position somewhere in the future.

I never thought I would be at my first job for my entire professional life, but New England Conservatory and Boston were just too good to look elsewhere. But as the decades passed, I came to believe I would teach here until I dropped; circumstances, however, make this a propitious time for me to seek new opportunities and new adventures — while my passion for music and teaching is undiminished and my health is still good.

What good fortune it was to be appointed to the faculty of NEC right out of graduate school! Since I had been doing graduate work in theory and composition, the job was initially a theory position. But the newly appointed President, Gunther Schuller, himself a diverse musician who could not be pigeon-holed, was receptive to my multi-faceted interests and made sure from the first year that I was also involved in teaching piano and chamber music. And how serendipitous that the new Chair of Piano, Russell Sherman, and I both found places to live that first year in Arlington and thus frequently found ourselves as fellow bus commuters through Harvard Square to Boston— striking up a friendship built on similar repertoire interests, mutual respect, shared dinners, and days at the beach. How grateful I am that he believed in me enough to ask me to be Assistant Chair of Piano within a short time, and not long after, seeing how much I enjoyed coming up with ideas for the department, to turn over the Chairmanship to me altogether.

And so began the long journey at the school that has been my musical home for 55 years, even during the years I was Director and President of the Longy School of Music in Cambridge.

I am grateful to have had the privilege of working all these years at an institution of such vitality and excellence and with amazing colleagues. I have been buoyed by the loyalty and support of Jordan Hall audiences over these years. Mostly, though, I feel grateful to the literally hundreds and, likely, thousands of students I have taught over this long span of time (especially when I include the many years I taught classes such as Interpretive Analysis which brought me in touch with a broad range of NEC’s gifted students). And to my decades of piano students, so many of whom have stayed in touch with me over the years, I say a special thank you. It’s the students who make the teacher, as much as the other way around. You have inspired me, I have learned from each of you at every lesson, and you are the ones I appreciate the most and will always remember.

The music I selected for tonight’s program came together quite naturally. I wanted it to be, to some extent, a retrospective of music I have loved for a long time. Anyone who knows me would guess that would include Brahms, Beethoven, and Schubert, and I knew I wanted to introduce a new work as well.

Comments Off on “Sweet Sorrow” on Parting from NEC