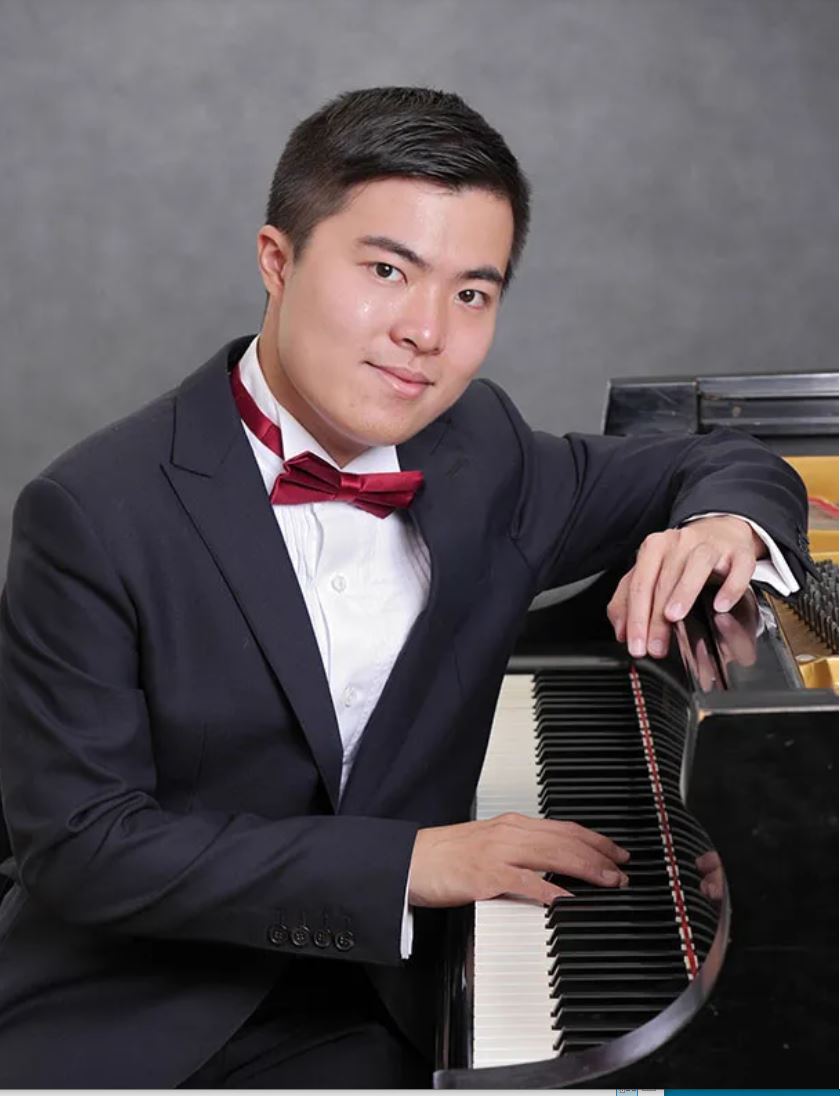 Pianist Zhiye Lin, who studies with Richard Goode at the Peabody Institute, began last night’s recital at Williams Hall with Mozart’s Sonata in C Minor, K. 457, the sonata usually paired with the Fantasy in the same key, K. 475. His reading for the Foundation for Chinese Performing Arts provided much expressive interest, especially in the slow movement (with elegant fast scales), and good dynamic control throughout, except in the third movement when the Allegro assai (as noted in the program) occasionally sounded too loud and felt too fast (Mozart’s autograph indicates Molto allegro).

In Ravel’s Gaspard de la nuit Lin exerted expert control; thoroughly muscular, even magnificent, his take made a very convincing case for this wide-ranging masterpiece. It showed, too, that Lin searched out a good edition, such as Roger Nichols’s urtext edition of 1991 (Peters). (Durand, the original publisher of 1909, still offers a high-priced edition from the original plates, never incorporating more than 50 corrections from Ravel’s own shelf copy, now in the Bibliothèque nationale; but this same uncorrected edition is available cheap from Dover.) Some debatable points still exist, e.g., whether the isolated melodic line at mm. 84-87 in Ondine, a hushed moment, should be pedaled through. He did — and it sounded nicely creepy. No less shivering was Le gibet, with its carefully dripping B flat through the entire piece; I’ve never heard a more convincing live performance than this one. (Many sources cite the French pianist Henri Gil-Marchex, who claimed that Le gibet requires 27 different kinds of touch.) Scarbo was similarly exciting, impish and gigantic at the same time, with fistfuls of notes splattered everywhere with astounding confidence. It was noticeable that the repeated D sharps at the beginning and at m. 396ff, indicated in the score to be played with alternating fingers in the left hand, were taken by Zhiye Lin with his right hand with one finger, and this really works more convincingly, even though the score says très fondu (blended).

Chopin’s 24 Preludes, op. 28 completed the concert. The set certainly works as a unified whole, with the individual pieces alternating major and minor in ascending-fifths order through all the keys. Lin’s wonderful, even superb, traversal left me with many quibbles. The C major beginner, for instance, sped so fast that the different right thumb on the downbeat in mm. 18-20 was more or less lost. (Chopin indicates Agitato but it really should be Andante agitato more than Allegro, more in the spirit of Bach’s WTC Prelude no. 1, which Chopin’s spiritually resembles.) The dots in the E-major prelude, no. 9, present problems, and Chopin’s notation in the autograph makes the problem worse; Zhiye Lin mostly played them as though they were quarter + eighth in a triplet, and I definitely don’t agree with this. And I seriously question the pianist’s constant tendency for the LH to lead the RH, particularly bothered me in the A minor, E minor, and D-flat major preludes, to the point of serious annoyance. Zhiye Lin is by no means the only pianist today to adopt this 19th-century mannerism (going back to Artur Nikisch and even before) but I hope he grows out of it very soon. Surprisingly, it didn’t much happen in the strictly chordal A-flat major prelude, and this may be because the low A-flat doom bells at mm. 65-88 (with sotto voce) were so hauntingly regular.

Particular moments of joy include: the absolutely thrilling F-sharp minor prelude, furious but well-shaped dynamically; the gossamer touch of the C-sharp minor prelude; the motoric, driving Presto of the G-sharp minor prelude; the soaring B-flat minor prelude, Presto con fuoco (Zhiye Lin had some momentary trouble with the very difficult LH here); the grand Cantabile of the B-flat major prelude; and the wonderfully stormy D minor prelude (no. 24). For this triumphant exit, a somewhat slowed arpeggiated descent in m. 74 works better than a rush to the three final Ds fff (James Huneker referred to these as “the clangor of overthrown reason,” and not bad at that).

I would have liked to have heard one dropped piece, Godowsky’s Symphonic Metamorphosis on Johann Strauss’s Die Fledermaus, [Nelson Friere plays it HERE] if only to find out why it was symphonic. And especially I hope to hear more of this remarkable, thoroughly confident young pianist.