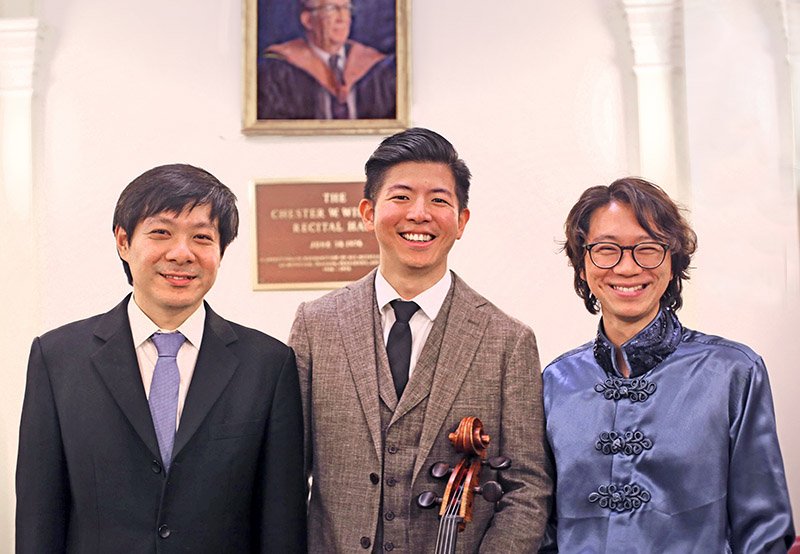 Chen’s clean, but small boned and rather score-bound immersion in the Bach suite never really caught fire or found its swing or mojo. Rather, it came across for the most part as a learned etude. Chen’s instrument sounded evenly across its registers, and he handled the broken chords, double stops and arpeggios cleanly and with care. Slurs in the scalar runs seemed to be consistent with current practice. Chen saved his light vibrato for phrase endings. Allemande brought no little jollity, with ornamentation feeling organic. In the Courante, nice off-beat accents and intensely projected phrase breaks kept Bach’s harmonic plan well underlined. Chen found some lilt in the Sarabande and gave a correct, if dry account of the famous Bourrée. The Gigue evoked a western square dance. 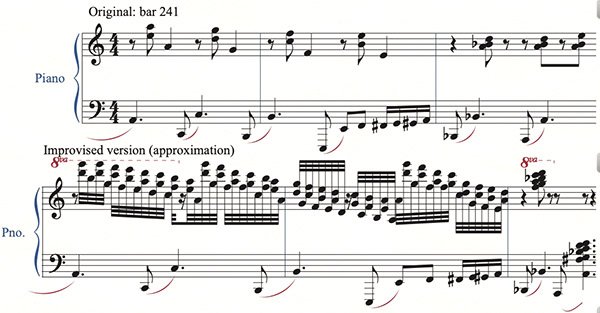 Arriving onstage in sparkling silk, Lo lit up the tropical night sky with improvised improvements to the piano part in Le Grand Tango, exploding and meteorite-showering with many notes not present in the rather plain-looking piano part. Lo led his partner across the dance floor, spinning him around, and goading him to embrace Latinate love; Chen held fast and followed his dance master to a swinging, overheated and tempestuous close in a virtual Carnival in Rio.

Brahms’s late and great Sonata No. 2 in F Major for Piano and Cello sets some high hurdles . . . which Chen and Yinfei Wang sometimes tripped over. Intermittent lapses in intonation, vagaries of ensemble togetherness, and togetherness between the pianists two hands made listening to this masterpiece something of a chore, aside from the soulfully dished out Adagio affettuoso. Polite applause at the end brought Chen out, but Wang remained in the wings.

With Brahms’s challenges behind them, Chen and Wang relaxed into the four Fantasiestücke for clarinet and piano, Op. 73 which cellists and violinist have also essayed with the Schumann’s approbation. The players seemed to take pleasure in wonderful call and answer imitation, collaborating without competing for the spotlight. In a tenor register, the cello sounded like a clarinet. Chen scampered across the fingerboard with agility for the fairylike scenes and dug in with his bow in driven moments of passion, finding vocal colors which supported those emphatic longings.

Chen and Wang attacked Otono eu Buenos Airs with feverous fervor, giving no quarter with tangoing so relentless as to evoke Hans Christian Anderson’s obsessively fatal Red Shoes. The composer and the crowd bathed the performers in smiles.

Comments Off on An Invitation to Dance