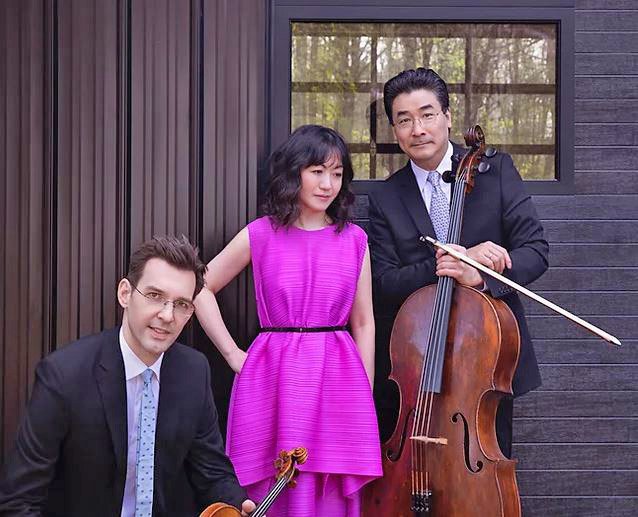 In Schumann’s supercharged masterpiece of full-blooded Romanticism, ensemble dug deep into its fervency. The enchanting effect well suited to the heat of the afternoon. The Horszowski took the second movement Scherzo at a brisk tempo, its abundant dotted figurations providing forward propulsion, the slower trio allowing for a bit of relaxation before the gloriously melodic slow movement. It came as a bit of a surprise to be reminded of the reversal of the scherzo-and-trio and the slow movement. Was Schumann playing with our expectations? The finale, marked Mit Feur (“With Fire”) provided a thrilling end to the beginning.

The first half also included two short non-tonal pieces by the prominent and prolific Wang Jie, who, like the members of the Trio, studied at the Curtis Institute of Music. Shadow, a collection of miniatures, depicted a day in the life of an autistic child. Faded Colors, took its inspiration from De Colores, a Spanish-language folk song popular throughout Latin America and associated with a Roman Catholic evangelical movement.

Mendelssohn’s D Minor Trio features one of the most ferociously demanding piano parts in the entire chamber music canon. Rieko Aizawa dispatched it with terrific élan, and the other members of the trio — violinist Jesse Mills and cellist Ole Akahoshi — never slacked either, even in the work’s softer passages. During the quieter moments, the Horszowski’s sound carried out into the woodland with splendid intensity and focus.

Gigantic, silent ceiling fans at the Maverick did a great job, kept the air moving and the temperature quite pleasant. There’s really no better place on the planet to hear chamber music.

Comments Off on Romancing the Catskills