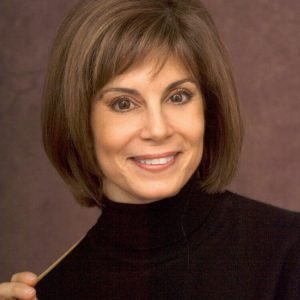 In her BSO debut on August 6th, Grammy-winning conductor and Music Director of the Buffalo Philharmonic Orchestra JoAnn Falletta will share the stage with violinist Joshua Bell, a Tanglewood mainstay since 1989. Tchaikovsky’s beloved Violin Concerto and the symphonic poems Fountains of Rome and Pines of Rome, of Ottorino Respighi will follow Puerto Rican composer Roberto Sierra’s Fandangos, an engaging, exploratory riff on one of the most characteristic Spanish dance forms. Sierra blends a classical approach with elements of Afro-Caribbean, South American, Central American, and Spanish musical traditions. Brian Bell interviewed on August 1st.

Brian Bell: You are the first person I’ve interviewed since the pandemic began. And I am curious as to how you and the Buffalo Philharmonic and all the other activity that you had, how have you dealt with the pandemic? And what have you learned from this experience?

Joann Falletta: I’m glad you asked me that, because for us it was an eye opening and artistically very valid time. Like everyone else, in March of 2020, we thought we’d be out for a couple of weeks until they straightened this out, and if we had known what was ahead of us. So for the first few months, we didn’t do much. The musicians and I made a lot of solo videos where we talked to the audience, and they played something, that they were thinking about you. But then we realized that it wasn’t going to be, it wasn’t going to go away soon. So we started to play. Now, in New York, we had strict requirements. We could only have 25 people on our stage. They had to be six feet apart. They had to wear masks. We had to have plexiglass for the wind players and the brass players. So it wasn’t easy. But when we started to play, when we started to play that first concert in September of 2020, with a lot of trepidation, it was one of the happiest days of our lives, because we realized we could do this.

OK, it was not exactly what we were used to, but we could do this. And we played for pretty much the entire season that way, filming the concerts and sharing them with our audiences. But the wonderful thing it did for us, Brian, is that we played repertoire that we normally wouldn’t play. With 25 people, we were playing chamber orchestra repertoire. People might have played it in school, in college and conservatory, but we were going back to these pieces, or discovering new pieces. And it was so energizing for us. We had to watch each other closely, and we had to listen carefully. So at the end of that year, I realized, and I think the musicians realized, too, that we had growing artistically stronger, because we had to use, we had to sharpen our skills. We had to really hone our sense of watching and listening to each other. So I felt when we came back and played as a full orchestra for the first time in September of ’21, we were recreated somehow.

We were reenergized, and that’s not to say that we were incredibly happy and privileged to be playing again. And I think that happened to all of us. We probably would agree that we realized that we can never take playing music for granted ever again.

Did you do repertoire that, because you didn’t have to worry about selling out the house, that you’re doing this for a video, let’s do something a little bit outside of the realm?

We did. We did. And a lot of it was contemporary. And it was difficult. But our audiences were with us. Some of them sent me texts and notes, and they would say, this is, I’m by myself now. I live alone. This is the only thing that’s keeping me alive is waiting for Tuesday night, when I can hear the concert. Some people couldn’t see their families. There was a couple that never could see their children or their grandchildren. This has become the focus point for us. We dress up, and we pretend we’re going to Kleinhans. And it’s a concert night for us, and in some ways it keeps us in touch with what we love. In our situation, it was a good thing. We also were able to keep all of the musicians and staff on full payroll, and that was important, many of our musicians are young, and they don’t have the means to weather a year without a salary. So they were able to keep their families whole, to take care of each other. And we are in a good place. We’re still building up our audiences a bit now, and that’s going to take a little time, I think, to get back to full houses.

So coming here to Tanglewood for the first time, making your Boston Symphony debut, I’m always fascinated by what is selected, and who is doing the selecting. I would imagine that Tony Fogg said to you, well, Joshua Bell’s doing the Tchaikovsky Violin Concerto.

Yes, that was a given. [LAUGHTER] You can’t complain about that.

You could deal with that, right? OK, so then you have something in front of that, and you have something after that. Can you walk me through the selection of these things, and how it came about? Roberto Sierra, came to Boston in 2012 when Giancarlo Guerrero (now music director in Toronto) conducted Fandangos at Symphony Hall.

It was right after Super Storm Sandy. Getting him out of New York was a real, real struggle. But this, I’m sure, is the Tanglewood premier of the Fandangos.

It might be. But Tony did ask me to suggest an opening piece, and I thought, well, we have to choose the 21st-century work. The piece was written in 2000, so it qualifies. [LAUGHTER] We have to play a living composer. We have to do something that is vibrant and will be new for most of the listening audience. And I happen to love this piece, because it’s this wonderful sort of handshake across the centuries. He’s looking back at Antonio Salieri while opening a window to our time.

Some people say it reminds them of Bolero. If Ravel had spent more time in Spain, maybe, I don’t know. But I think it’s totally fun. It’s a virtuoso showpiece, too. It’s incredibly challenging with wonderful parts for everyone. So 11 minutes of fun. But for the second half, I have to tell you, Tony in fact asked for the Respighi.

Well, he asked for Respighi, and we have recorded it in Buffalo, so I said I would love it. And he said he would love that. He wondered how I would you put them together. I said we could either do what we wound up doing, Fountains and Pines, or if you don’t want to do Pines, we could do Fountains and Festa Romani.

But he thought about it, and he said, no, let’s do Fountains and Pines, because then we can get some of the young musicians to play in the band. It was his invitation, and I love that music. I just love it. So I was thrilled., I couldn’t ask for a better program than that.

Well, you have to think of the birds in the third section of Pines, and you’re going to have birds, whether or not they’re in the score.

They may come in at the wrong place. But that’s OK. I’ve been going to a few of the rehearsals and noticing that there’s one bird there that is truly a virtuoso. So I expect that he’s going to join us, too. But it is a special piece, and most people, would have heard it maybe in the audience. But there might be that group that’s never heard it, and will be swept away by it.

Do you ever have plans to come to Symphony Hall?

Well, if an invitation came, I would be deeply honored. So, and that’s another great place to make music. But I’m thrilled to be here this week. And last week was wonderful with the TMCO; it makes you feel positive and optimistic about the future of music when you work with people like those.

Great. So looking forward to it.

Brian Bell has produced audio features, written articles and given lectures on the Boston Symphony’s history for nearly 30 years.