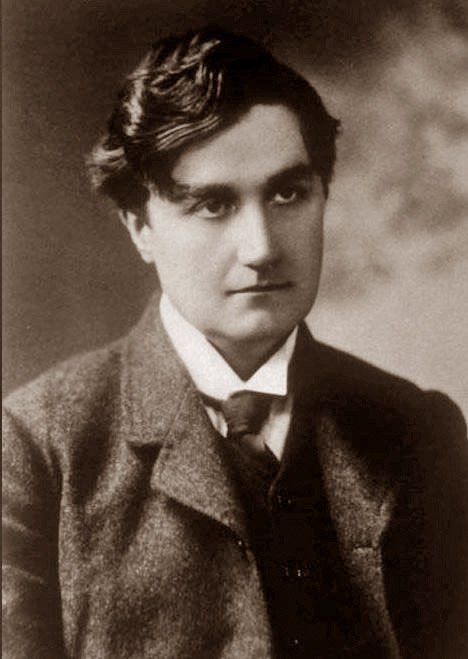 As a large crowd gathered on the Tanglewood lawn and in the Shed to await the Friday’s scheduled showing of The Empire Strikes Back with the Boston Pops  doing John Williams’s score live, a more modest but nonetheless substantial audience assembled in Ozawa Hall for the weekend Prelude Concert. The Tanglewood Festival Chorus appearing in Tanglewood for the first time since the start of the pandemic, celebrated the 150th birthday of Ralph Vaughan Williams (born October 12, 1872).

Vaughan Williams’s output is both voluminous and varied. He composed ten works for the stage (operas and ballets), many orchestral works including nine symphonies and other things, vocal works with orchestra, choral works with piano or organ and many unaccompanied, hymn tunes, carols, songs, folksong arrangements, incidental music for a dozen plays, especially Shakespeare’s, film and radio scores.

For this hour of unaccompanied choral works, only a small part of the rich output could be included, but happily it involved the opportunity to hear pieces that are rarely available in performance, and even more rarely by a choir as good as the TFC. Conductor James Burton created a signally interesting assemblage of works of RVW sandwiched within music by his teachers and friends.

Tudor Thomas Tallis provided the theme from one of Vaughan Williams’s first masterpieces, the Fantasy on a Theme of Thomas Tallis. TFC began with Tallis’s motet, “O nata lux,” as a sample of the modal harmonic style that RVW employed in his unaccompanied Mass in G Minor, whose Kyrie TFC performed.

A pair of works linking RVW to his composition teacher Hubert Parry included Vaughan Williams’s own tribute to Parry, written 30 years after his death: Prayer to the Father of Heaven expressed the hope that his old teacher might have found “something characteristic” in it. Parry’s own extended motet My Soul, There is a Country begins in a subdued mood but builds to a contrapuntal outburst at the close.

RVW’s close friend Gerald Finzi consulted him when setting the poem “Nightingales” by Robert Bridges, a quietly beautiful nature study. Vaughn Williams dedicated the tender and gentle Silence and Music, setting a poem by his second wife, Ursula Wood, to another teacher, Charles Villiers Stanford. Two works from sometime-teachers of RVW followed: Stanford himself—a lovely nature setting, The Blue Bird, and the most surprising of RVW’s teachers: Maurice Ravel, with whom he worked for three months in 1908. (Ravel complimented him once by declaring that Vaughan Williams was the only one of his students who didn’t try to sound like him.) There is only one score in Ravel’s entire output that would fit on this program: Trois Chansons for unaccompanied chorus to Ravel’s own texts, which more or less evoke the style of Renaissance chansons. The first and last are lightly humorous, but the middle one is poignant, with three birds of paradise bringing images of love from her sweetheart who has gone to war; the images represent the tricolor of the French flag, and the last is the red of a dying heart.

James Burton was commissioned by the National Portrait Gallery to write a work commemorating Vaughan Williams on the 100th anniversary of the outbreak of World War I.  He created a libretto comprised of the Latin hymn Te lucis ante terminum, which Tallis had set, and which RVW had included in the 1906 edition of the Anglican hymnal, of which he was editor. Around the verses of that poem, he located texts from the police record of reports at the National Gallery of nocturnal incidents there during the warI. From this intriguing assemblage of texts, he composed a very effective prayer “for safe passage through a particularly troubled night.”

Up until this point the program had been sung by a modest representation of the TFC, perhaps one-quarter of its membership. Two final works of considerably greater scope summoned the full chorus. Gustav Holst’s Nunc Dimitis for double choir grows from a quiet beginning to a glorious finale. It had almost disappeared, having been set aside after its first performance in Westminster Cathedral in the 1920s. A half century later, Holst’s daughter Imogen, a distinguished musician in her own right, edited it for publication.Vaughan Williams’s own setting of a passage from Bunyan’s Pilgrim’s Progress, a novel from which he set the passage Valiant for Truth in 1941, was the closer.  He later expanded into a full opera bearing the title of Bunyan’s novel, in 1952.

Both in the technical accomplishments of blend and verbal expression, and the programmatic savvy, this a cappella program provided a welcome opportunity to catch up.

Comments Off on TFC Celebrates RVW at 150