Dimitry Masleev, winner of the 2015 Tchaikovsky International Piano Competition in Moscow, brought Tchaikovsky’s The Seasons to the first half of Wednesday’s concert at the Breakers. Tchaikovsky wrote these vignettes for a monthly musical magazine called Noveliste, each one capturing the essence or “mood” of each of the 12 months of the year. Taken as a whole they give expression of the sense of life in a rural Russian village, as with much of Russian literature expressions of sadness and the cold death of winter are interspersed with joyous and spontaneously exuberant folk dances such as the troika featured in November.

Masleev grew up in the interior of Russia, near Lake Baikal and close to the Mongolian border in Siberia, reminiscences of which may have enabled him to place himself inside this work. Steering away from the overly sentimentalized and picturesque interpretations one usually hears, Masleev offered a more Tolstoian sense of detail and expression, telling a story in such a way as the listener is absorbed into the tale and becomes a part of it, becoming fully immersed and a part of this far away time, place, and space. A singing tone and expressive shaping of melodic ideas were accompanied by subtle nuancing of inner lines which would suddenly appear out of the interior, accompanied by velvety wisps of faster passagework and the exquisite voicing of chords. He special care and attention to each phrase, indeed, each note, yet never lost sight of the whole, building tension and anticipation up to brilliant climaxes, then settling into the serenity of the most sublime. With a technical prowess that tossed off even the most difficult passages with extreme confidence, one never felt that he had expended all, rather, there was always something in reserve that kept the listener enthralled till the very final note. Clearly Masleev had mastered the Russian Soul so associated with the folk idioms of the people, and which Tchaikovsky had so beautifully captured in this work.

After a beautiful moonrise on the terrace during the short intermission, the second half began with some disappointments. A light and melodious Á la manière de Borodin by Ravel, listed as the second piece in this half, preceded the composer’s 1904 Sonatine . It came across as rather unsettled and insecure, with the two outer movements so rushed and frenetic, that the impressionist qualities never had a chance to sound. While the middle Mouvement de Menuet felt calm and relaxed, it failed to evoke the sense of ‘antiquity’ with which the composer intended as an evocation of the highly stylized Baroque dance. 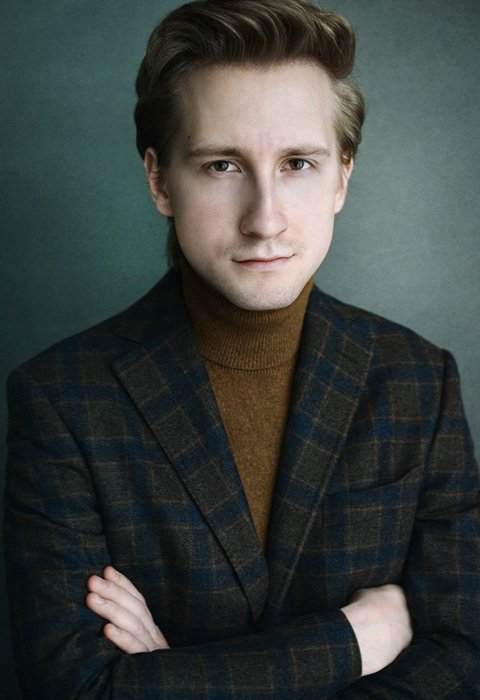 Masleev then turned back to Russian masters with Scriabin’s early Etude in C-sharp Minor, op. 2 no. 1, which lacked clarity due to a combination of a highly resilient room, and overuse of the damper pedal. The star of the piece which followed, Aram Khachaturian’s piano transcription of his Adagio from the 1954 ballet Spartacus, was the work for which the composer won the Stalin Prize in 1959. Masleev regained his composure here, retaining both clarity and expression throughout.

Rachmaninov’s formidable Sonata no. 2 in B-flat Minor, op. 36 found Masleev fully in control; he mastered this immense and iconic work, one of the most difficult in the literature. Rachmaninov composed his second sonata in in 1913, revised it in 1931, and presented it to Vladimir Horowitz who encouraged him to revise it a third time using aspects of both versions. Rachmaninov had dedicated several of his most difficult works to Horowitz, who in turn shared them with his pupil Byron Janis…something as a rite of passage. With this work, Masleev showed again confidence and power, with soaring melodies, exquisite chord voicings, and willow-the-wisp fleeting of rapid passages like fine and delicate lace. The sonata transpired epically, with all movements segueing into each other, creating more of a single movement tone-poem than the three-movement sonata. For an encore, Masleev delivered a searing Rachmaninov Élégie op. 3 no. 1, with its alternating passions of despair and eternal hope. Rachmaninov’s early years were troubled by thoughts of death, failures of some early works, an unstable mental state, and a love affair. The audience found itself once more transported into this other world.