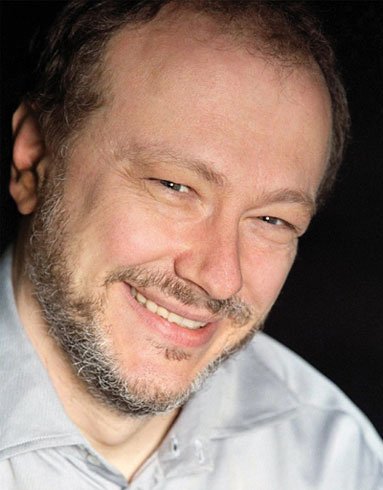 On the first really hot, sun-drenched late afternoon of the season, with Rockport Harbor resplendent behind the musicians, Saturday’s Rockport Chamber Music’s imaginative, varied program featured Canadian pianist-composer Marc-André Hamelin and the all-Canadian Viano String Quartet (Lucy Wang and Hao Zhou, violins; Aiden Kane, viola and Tate Zawadiuk, cello). Anticipation wafted through the venue, as Hamelin is well-appreciated in Greater Boston, and the Viano Quartet are the vaunted Ensemble in Residence at the Curtis Institute and winners of the 2019 Banff International Competition and other awards.

The Vianos sailed right into Alberto Ginastera’s 1948 String Quartet No. 1, Opus 20, in which the composer fused his Argentine roots with folk music and more than a nod to Bartók, especially in the fierce first movement, Allegro violento ed agitato. The group clearly relished the sparring, collaborating like a young wolfpack, each ready for a kill. Zhou, taking the first violin part, led the pulsating and dissonant chase partnered with Wang, and Kane and Zawadiuk supported with stacked chords and double stops throughout. In the second movement, Vivacissimo, Ginastera demands a pulsating, drum-rolling force, a musical runaway train, in which the quartet delighted; as performed, it seemed violins vs. the lower-voided viola and cello. The third movement, Calma and poetico, in which the quartet carefully and quietly supported an eerie, soulful melody from the first violin, more disquieted than soothed, with drumming, thrumming portentous pizzicatos from cellist Zawadiuk. The final Allegramente rustico movement imparted folk-like jocularity. At one point, the first violin sounded almost like a clarinet. The total effect left me hoping to hear more Ginastera.

Ginastera wrote of this work, “I find that some characteristics of my own artistic personality materialize for the first time: strong and incisive rhythms, adagios that are anxiety-ridden, lyrical and contemplative and atmospheres that are mysterious, nocturnal and surrealistic.” The Vianos nailed what the composer saw in himself.

Hamelin joined the foursome for his own high-energy quintet, Nowhere Fast, an enigmatic title (shared with an Eminem piece). His short yet impactful work that either belies its title, or confers a joke, has lots of “fast,” but seems overall, slow. Satire pervades much of Hamelin’s alluring oeuvre, and he has noted, repeatedly, that to talk about the composition “would give everything away.” The strings begin in a relatively bland and perky C major, and then the piano joins with dissonance, and exploration of dark piano hues. The mesmerized audience stood for its acclamation. Much comment followed during Intermission.

Dvořák’s Quintet No. 2 in A Major, Opus 81, B. 155, a longstanding favorite of audiences, given its romantic sweep and lithe melodies, encourages and received thoughtful panache. In the opening Allegro, ma non tanto, cellist Zawadiuk handled the harmonious theme, accompanied by Hamelin. Then Kane on viola introduced the intricate second theme, subsequently enhanced by Wang and Zhou. The joyful coda capped the movement. 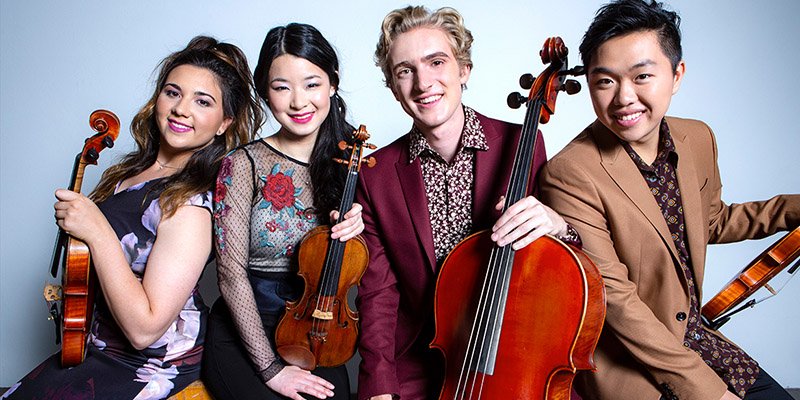 Dumka: Andante con moto, “home” to Dvořák, combined melancholy, thoughtfulness and, if you will, soul. The opening with its piano line, followed by passing melody back and forth between the cello and viola, was sweetly sonorous. The almost surprising Vivace in the midst of the movement startles every time; the group did it well, without a feeling of interruption. When the first theme returned, the work became more somber, and when the late Un Pocchetino Piú Mosso arrived, the final appearance of that theme darkened, tempered by its beauty. We then enjoyed the musicianly, brief but exuberant Scherzo (Furiant): molto vivace, recalling a fast Bohemian dance. The Finale: Allegro capped this iconic quintet with all hands on deck.

Dvořák initially had planned to revise his first Quintet, from a much earlier period of his life, but soon decided to write an entirely new work that focused on folk tunes, and which became Opus 81. The result enchants. Encouraged by multiple curtain calls, the quartet played the Andante Cantabile from Tchaikovsky’s String Quartet No. 1 in D Major with a soothing lyricism.

Barry Shiffman has summoned many great Canadian artists to the Rockport Chamber Music Festival. Let us all sing “O Canada” in appreciation.

Julie Ingelfinger, who studied piano at the Hartt School of Music, Aspen Music Festival and School and at Harvard, enjoys her day jobs as professor of pediatrics at Harvard Medical School, pediatric nephrologist at Mass General Hospital for Children and deputy editor at the New England Journal of Medicine.