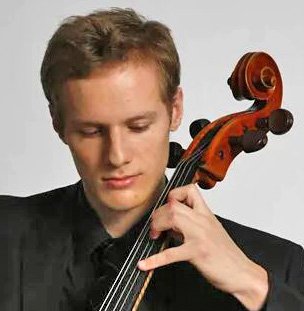 Ten years ago cellist-composer Sebastian Bäverstam began a compositional journey which will reach a significant waypoint on Saturday, May 28th at 3:00 at Church of the Covenant, Boston with the premiere of his cello concerto, once upon a time dubbed “Superman” (after Nietzsche).

Not only will the concert mark the premiere of the 40-minute concerto, it will also debut the 60-piece Vangarde Symphony Orchestra, an ensemble* slated to offer many more Bäverstam works, including a symphony and opera. Max Hobart has agreed to lead the orchestra in this inaugural concert. His willingness to champion this work “is a huge honor and privilege for me, both personally and professionally.” Bäverstam tells the quixotic  genesis saga:

My professional life during the pandemic has alternated regularly between utterly inactive and completely overloaded. The scheduled premieres for the cello concerto I finished composing in 2019 were cancelled, with no rescheduling in sight. The first few months of 2020 were subsequently quite difficult for me. I had just returned from studying composition at the Royal Conservatory of Stockholm with Per Mårtensson, where I finished composing this cello concerto. The final movement theme acted as a sort of personal mantra during the nine months it took me to complete while I was bustling about Stockholm, attending classes on electronic music, renaissance counterpoint, orchestration, and teaching private students. Though I had to cut my studies short for personal reasons, I was excited to come home and play my heroic piece of music for American audiences right away.

A few conductors expressed interest, and the Ludwig Symphony in Atlanta, Georgia confirmed a premiere of the first movement for April, 2020. Then the pandemic hit, and of course shattered everyone’s plans. The resulting cancellation induced a major emotional setback. I had poured every ounce of my soul into composing and practicing this piece; the most difficult cello concerto ever written. I wrote it for myself and I nicknamed it “Superman” because of its difficulty. I have since changed the name after some advice from friends to Baverstam Cello Concerto which will do just fine. I thought my time had finally come to share my musical message with friends, family, and fellow classical musicians. But the journey would turn out to take a bit longer. After recovering from a few months slump in 2020, and with the encouragement of a friend, I asked musicians to record their individual parts so I could edit them all together and hear an approximation of the orchestration.

I had never written for an orchestra before, so while I was quite confident that the piece should work, I had no guarantees. Now I was going to put the music to the test and see if it sounded like my intention. Many colleagues expressed concern about the project. Some suggested opting out altogether. How could we get the separate and separated players to line up in the ensemble? It turned out to be an enormous undertaking, but it provided me with some return on the input energy. Finally I got to see an orchestra of people working on something that had only previously existed in my mind, and slowly, I got to hear what all the parts sounded like together. It took many hours of editing, and the expertise violinist-recordist Daniel Kurganov to help me stitch this behemoth together. It required a keen understanding of the orchestra, the musical score and artistic concept, as well as professional audio editing skills with software only available in the last several years. We stretched individual phrases, and tweaked and balanced every second of the recording to make it sound close to a real live orchestra.

We began with a piano reduction performance from February 2020 as a blueprint for musicians to listen to and play along with. I made a click track that followed all the intricate rubatos, and a video of myself conducting the piece to aid the ensemble. Then came the hardest part for me, I had to record the solo part at the same exact tempo I had played it the first time.

For many reasons this is the most technically demanding cello concerto ever written. For instance, my compositional style often employs a method that uses many notes to outline a simple melody of fewer notes. Say I have 12 bars of triplets, every top or bottom note is the melody, and the other notes are rhythmic texture and coloring. This means, when you play the melody, you are also playing the harmony and texture, but the melody must be in the foreground. Performers are used to providing phrase shapes to stretches of notes, but not when the melody itself is the overarching phrase shape and they have to play the accompanying triplets at the same time. After some treacherous execution, the result sounds like a beautiful simple melody with accompaniment. 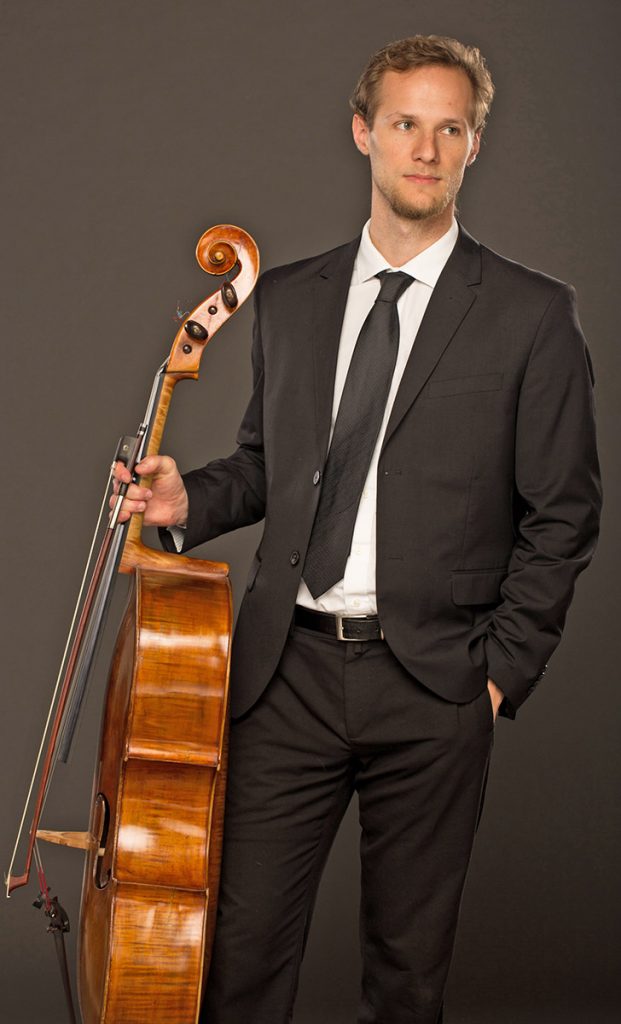 More than once I’ve been asked if other cellists other than myself would be able to play this piece. The answer is of course yes. The technical capabilities of today’s top performers far surpass the previous generations. Performing a Beethoven piano sonata is hardly even seen as virtuosic anymore in comparison with Liszt or Rachmaninoff. To play my music successfully just requires getting used to a few new techniques and perspectives. When Brahms wrote his music, everyone complained of how difficult it was to play on the piano. Over the years, techniques that seemed revolutionary when first demanded, became part of the interpretative arsenal.

But back to the saga of bringing this concerto to life. After successfully completing the online recording, I felt vindicated in my orchestration efforts. It sounded coherent, logical and effective, and as I had envisioned, while, of course, still very far from the sound of a real live symphony orchestra. In fact, I started to sometimes resent the recording because it sounded so far below the real sound of an orchestra.

A little over a year ago, with no performances with established orchestras on the horizon, I felt that I needed to find some closure, to free myself artistically to be able to move on. I have other works I want to focus all my energy on, my opera, my symphony, my chamber music, my piano sonatas. But at the backbone of my compositional philosophy is that I am writing for myself to perform. So I am compelled to play this piece. I can’t leave this piece behind without performing it at least once, properly, no matter the effort it requires to make that happen.

Thus the Vangarde Symphony Orchestra. The spelling of “Vangarde” is a pun on “Avant Garde” and which means the same thing: the people at the forefront of something. Most of the players are my friends, they believe in me and this project and the music. They understand the struggle. They have been an emotional lifeline that has sustained me through this dark journey of suppression. I care about what my fellow artists think. I started writing for them, for us, to play music that speaks to us and through us.

Early on in this process I asked Max Hobart if he would be interested in conducting the performance. Max is a longtime friend of my family and he came to mind immediately as someone who might be interested. But what I didn’t know was how taken by the work and emotionally invested he would become. To a local audience, Max needs no introduction, but for the other readers, Max served as assistant concertmaster of the Boston Symphony Orchestra and has led the Boston Civic Orchestra for many years. For him to believe in my work means the world to me. He has helped me revise the score, making sure everything is in perfect order to run rehearsals smoothly. He would stay up late listening and studying the score for months and we have had numerous meetings and conversations about the piece. We discussed the title extensively which he among others found didn’t do the music justice, and he has expressed to me his disbelief in how I even came up with such “fresh themes.” We are in the thick of reworking bowings now, and adding more queues to the parts, so that we can use every minute of rehearsals efficiently. If the concerto has a life of its own years to come, it will be in large part because of Hobart’s engagement.

In my not so humble opinion, this cello concerto is en par with any great cello concerto of  Dvořák or Haydn. In fact, I don’t believe myself to be lesser than any of the great composers throughout history, albeit I have not reached my full potential just yet. But before the kind reader scoffs “Hubris!”, I post this artistic testament not to boast, but rather because it is relevant to the work itself, and to the backbone of my compositional philosophy.

Within the culture of high art and classical music, confidence is immediately conflated with arrogance and is usually met with contempt, as if it were some kind of heresy. Not since the 19th century have composers proudly proclaimed their own abilities, yet popular music icons today spring to mind who boldly embrace that same ambitious spirit. If we are still the same human race we were centuries ago, then where are the Beethovens and Mozarts of today?

I define my music by the relevance it has to our society today. It is self-aware, and it has its own agenda. I use myself as a delicate instrument, relying on my intuition. I then step back, objectively observe, draw conclusions about what I’ve created, and follow my intuition once again. Music cannot exist without ideology, so, my perspective on our culture supports and inspires my musical voice. Though I am keenly aware of the divisive vibrations pulsing through our country, I hold high hopes for American culture and the world.

Comments Off on Anticipating Really Big Concerto and New Orchestra