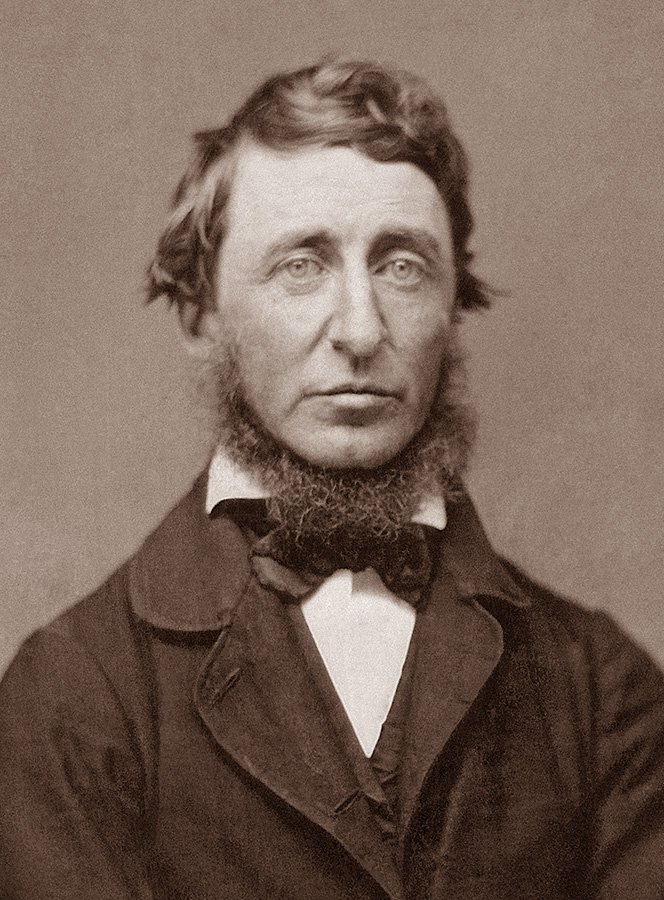 Boston Cecilia debuted an innovative and gripping concert-length work of their own commissioning, Paul John Rudoi’s Our Transcendentalist Passion, on Sunday at the Concord Umbrella Arts Center. Appropriating the Passion format from Bach, Rudoi’s combined music, words and monumental structure to tell the story of the awakening, flowering and premature demise of the Transcendentalist movement. As the work had been premiered at All Saints Parish in Brookline just the night before, its Concord performance marked its mature voyage into the bitter fray, further from its author’s last coaching gestures. Our Transcendental Passion stood the test of the high seas with force and grace, sailing right into our souls. See our interview with the composer HERE.

Like dawn at Walden Pond, Part I, “Build your own world,” opened with bird-like calls and responses. A suspenseful cymbal roll (Thomas Schmidt) triggered a sweetly lovely Appalachian dulcimer (Pam Weeks), which awakened a wistful cello (Cherry Kim), soon joined by flitting violin wings (Beth Welty) and brooding piano chords (Kevin Neel) —  all converging swiftly and majestically to “invoke the inward.”  Under Michael Barrett, the choir then intoned the first chorale, “A wondrous light fills the air.” Inspired by a traditional American hymn but carefully reworked to proclaim “The Spirit of the Age,” it sounded fresh, vigorous, stirring and captivating, tracing back to the sort of deep English rural and pre-modern roots that remained tinged with medieval grit.  Like Bach, Rudoi combined Transcendentalist “Scripture” with deeply-embedded folk rhythms to tell the story of a people’s rising trust in “A spirit passing, strong and free.” It made its effect with immediacy because the music was beautiful, direct, and magnificently self-disciplined.

The same qualities marked the ensuing chorus number, featuring soloists Carley DeFranco (soprano), Sophie Michaux (mezzo-soprano), Daniel Esteban Lugo (tenor) and Dana Whiteside (baritone) in a complex interweaving of spoken and sung utterances, echoed sporadically by the choir to create a surprising aesthetic of the newness of the present moment. A second chorale, adapted from “Faith” by Louisa May Alcott, continued the same dialogical texture of sound and meaning, of intimate honesty (Sophie Michaux gave wonderful power to the line “Forgiven for the lack of faith”) and collective resolve (“Through all the darkness still look up” sang the choir, accented by percussion). Toward the end of Part I, Rudoi allowed debate to verge nicely on cacophony through alluring dissonances, then recovered cohesion with a final chorale meditation on “melting, flowing, into one,” concluding with a spirited drum roll and country dance. In a subtle allusion not only to the Easter Passion but also to Sacred Harp Singing, Rudoi used his choir, soloists, piano trio, dulcimer and timpani to invite us into an Interaction Ritual aimed at building solidarity by erasing boundaries without jeopardizing individuality.

Margaret Fuller’s cry “I accept the universe” anchored Part Two. Choir, soloists and instruments deepened their loving but marvelously raucous intercommunication. When DeFranco sang the Aria “Every soul is an incarnation of the infinite,” her voice achieved a timeless beauty, bearing the Transcendental message into a new sort of vast wilderness, full of promise. In fitting response, the choir soared into a lyrical, worshipful, doxological chorale focused on God’s infinite patience rather than power. In a new aria, Dana Whiteside’s deeply vibrant voice proclaimed Emerson’s call for self-reliance — “If a man would be alone, let him look at the stars” — the individualistic call punctuated but also nicely mitigated by the choir’s collective affirmation of “the perpetual presence of the sublime.” Rudoi here as elsewhere intuitively grasped that Emerson’s own religious tradition focused narrowly on text and preaching at the expense of liturgy: music brings it to new life.  One of the philosophers who greatly influenced Emerson, Thomas Reid, argued that music stems from a natural, universal human language, which we interpret effortlessly. By restoring music to Emerson’s words, Rudoi gave them vitality, flesh and blood: “Every spirit builds a house; and beyond its house a world.”

Not surprisingly, Lugo’s translucent rendering of Thoreau’s “elevation at every hour” marked a highlight of both Rudoi’s score and libretto, ending with marvelous abruptness on the line “We will not be shipwrecked in a vain reality,” followed by silence. Part II, in effect, ends in the Garden of Olives: Is the secret of these things known to you?

If Part I evoked the freshness of Palm Sunday, and Part II evoked the cosmic communion of the Last Supper, Part III brought us into the soul’s agony. As the quartet of soloists plaintively called out the name “Margaret” with ominous piano chords in the background, Michaux channeled Fuller to tell us: “I am absurdly fearful. I have a vague expectation of some crisis – I know not what.” The year, 1850, forced Transcendentalism underground: Fuller’s death and the Fugitive Slave Act intersected to change the course of history. Here again, the Easter Passion format succeeded with its claim that Providence works darkly through the election to suffer. Moving swiftly but inexorably, Our Transcendental Passion forced us to relive the horror of hunted fugitives as the iron fist of inhuman cruelty fell heavily on our land, forcing us to take up arms to end injustice. Accompanied by chilling drum rolls, members of the choir leapt up to read excerpts from the Fugitive Slave Act, each word driving a nail into our flesh. Between these urgent excerpts, Fuller’s death by shipwreck during a storm off the shore of Fire Island, as she returned to America with her Italian husband and little boy Angelo, was conveyed with a poignant simplicity through William Ellery Channing’s epitaph, set to beautiful music. The Wave, as Part III announced, “washes all alike.” Storm and war sent the Transcendentalist Movement to an early grave, under “the pine-tree’s shade/That hides the song-bird’s nest.”

Easter Passions are about death only because they are about Resurrection. Rudoi boldly and effectively created his own American version of resurrexi et adhuc tecum sum by evoking the incomprehensible mystery of the Empty Tomb. He achieved this in two ways. First, a chorus of intermingled voices softly grew out of the mortal shipwreck to affirm with increasing momentum that “Regeneration is the bursting/of the moral consciousness into flower.” Secondly, after a skillfully succinct piano pivot (à la Beethoven), a final chorale combining instruments and human voices left us with Thoreau’s enigmatic words: Spirits and elements/ Have their descents. By descending into the depth of the soil and mingling with roots and mycorrhizal life, Transcendentalism found new resources for Spring and Resurgence. Its bounty of open questions will grow back into the sunlight again and again: What is truth? What is Good?

Rudoi’s brilliant idea of creating a “Passion” and of putting the story to music through all of its intricate detail and artistry made of Our Transcendental Passion a stunningly solid structure, achieving its purpose with both surprising musical variety and semantic coherence. I predict that choirs everywhere will soon adopt it as an April favorite. Poignant and monumental, intimate and vast, it is destined to become an American classic.

Comments Off on A New American Classic