Brandeis University honored Bulgarian-American composer Henri Lazarof (1932-2013) yesterday afternoon with a concert at Slosberg Music Center. He had had earned a Brandeis MFA in 1959, studying with Arthur Berger and Harold Shapero, and his manuscripts reside in a special Archive in the university library. A formal luncheon and a tour of the Archive preceded the concert.

We remember Lazarof today as a prolific and well-respected composer (7 symphonies, 11 string quartets, many concertos, etc.) and pianist who taught many years at UCLA. The two works performed at Sunday’s concert showed evidence of postwar Central European eclectic influences, mobilized with inspiration and assembled with skill; one was reminded less of Bartók and more of Martinů but in a more chromatic vein, with a fair feeling for French Impressionism whispering in the background. Lazarof’s Harp Trio (the “Litomar”) — Hommage à Debussy (2004), written for an eponymous group and remembering Debussy’s unforgettable Sonata for flute, viola, and harp, brought together four cyclically related movements in a lyrical slow tempo, with more soli and dialoguing than full-throated texture. A three-minute informational video shown before the concert spoke of Lazarof’s style as “freely atonal,” but I would call it more paratonal — densely chromatic at times, but with flashes of unassociated consonant harmonies fleetly fading in and out of the contrapuntal background. The harp struck a nice balance as it regularly moved from soloistic role to accompanimental, several times with ostinato basses. This was prominent in the fourth movement, which was also striking for its occasional Scriabinesque sound. Sarah Brady, flute; Mark Berger, viola; and Ina Zdorovetchi, harp, brought forth this complex piece with warm, even pastoral, sensitivity. 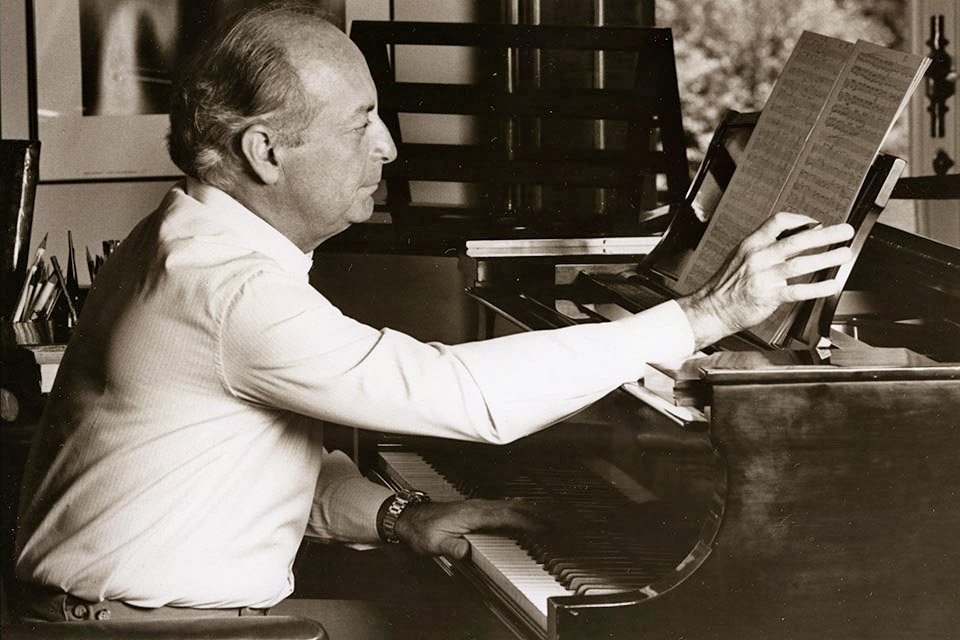 Lazarof’s Offrande for a piano quintet including clarinet (1995) likewise featured four short movements, three of them entitled “Madrigal” with a fourth “In memoriam” (the program note did not state who or what was memorialized). The first Madrigal was chromatically dense and texturally episodic but with many tonal gestures, including massed chords and octaves in the piano; the second displayed a texture of double stops and open strings, with a punctuating piano. The “In memoriam” that followed was contrasting, slow and eloquent in a chorale-like texture with noticeable G major. The concluding Madrigal began with a big cello solo, then launched into a march, measured by the chordal piano, with an abundance of high register. The program note spoke of “highly virtuosic” and “ferocious climax,” but to me it seemed technically convincing, and hardly ferocious. There was a gratifying amount of instrumental individuality as well as notable ensemble.

Alternating with the two Lazarof works came two premieres resulting from the Annual Henri Lazarof International Commission Prize. Unbearable Lightness by Yair Klartag, an Israeli composer, inaugurated the commissioning series in 2020, which next year (the third) will earn $15,000. Klartag’s work (with apologies to Italo Calvino and Milan Kundera) followed Lazarof’s Harp Trio and featured the same ensemble, in a single movement lasting about twenty minutes. This tribute to lightness began almost continuously in the ultra-high register, with a barely audible bisbigliando in the highest harp strings much of the time; there were plenty of loud high notes for the piccolo, and a variety of repeated gestures: an abundance of ponticello bowing on the viola even beyond the end of the fingerboard, when not sliding in parallel sixths (the open fifths offered an agreeable reminder of a Renaissance vielle) or scraping directly on the bridge. From time to time the harp went to the low register, supporting the texture from below with a full tone, and I’m sure I heard at least a few instances of pedal glissando (a thrilling sound that Carlos Salzedo exploited in La Désirade). Eventually the piccolo gave way to the ordinary flute, which varied a repertory of peep-peeps and whistle tones (many years since I heard whistle tones, but they were impressive). Much of the piece was preoccupied with very long-sustained notes, sometimes in a chorale-like texture.

The 2021 prizewinner, Fragile for five performers by Ioannis Angelakis, for bass clarinet, violin, viola, cello and piano; I don’t know why Jeffrey Means, who conducted, wasn’t mentioned as a sixth performer, but he directs a group, Sound Icon. The five movements had separate titles, “Fragile Sounds,” “Fragile Lived-Space,” “Fragile Presence,” “Fragile Memory,” and “Fragile History,” and the program notes mentioned “fragile” or “fragility” nine times, but although there were a few separations, barely noticeable, the entire work seemed like a single movement 31 minutes long. It began with major seconds dissolving into fragile pianissimo unisons with scrapes, col legno bowing, flicks, clusters, and squeaks; this moved into airplane sounds, glisses, sudden bursts and inside-the-piano techniques (glass, drumstick); then singing; and endlessly long tones, sometimes coordinated between the different instruments, and sounding like electronics (I was assured post hoc by the performers that nothing electronic was used). Near the end one heard repeated piano chords, even a few dominant sevenths, alternating like the swinging of a tolling bell.  Chuck Furlong, bass clarinet; Gabriella Diaz, violin; Mark Berger, viola (a member of the Music Department faculty at Brandeis played in all four works); Stephen Marotto, cello; and Elaine Rombola Aveni, piano gave total concentration.