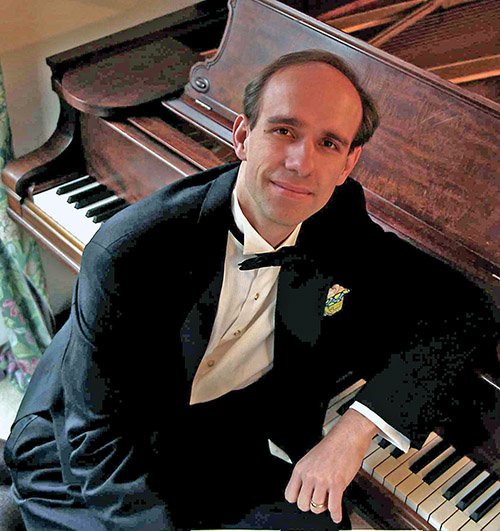 You probably haven’t heard a Beethoven symphony like this before—certainly not three of them (1, 2 and 5) in Liszt’s transcriptions—as the sell-out crowd at the Gardner experienced on Sunday’s concert. Christopher Taylor, an undisputed genius and modern-day polymath presided.

As a keyboard player, he has been characterized as “demonic” and “frighteningly talented” (The New York Times). Taylor is also somewhat of a mad scientist, with a firework display of intellectual pursuits across math, computer science, and technology. Affectionately dubbed the “Frankenpianist” at the University of Wisconsin, where he has taught on the piano faculty since 2000, Christopher’s obsessions include the invention of a new instrument, a hybrid piano that may offer a new palette of expressive and technical possibilities. A student of legendary NEC pianist Russell Sherman, Taylor is a Steinway Artist and a Laureate of the Van Cliburn International Piano Competition. He obtained his degree in Mathematics from Harvard University.

Throughout his career, Taylor has acquired a reputation for daredevil projects that push the boundaries of art and technology. Who better to tackle the Beethoven/Liszt transcriptions in this weekend’s performance at the Gardner? Vladimir Horowitz slyly refers to these compositions, orchestral in origin, as “the greatest works for piano.” These symphonic transcriptions are merciless in their demands on the performer, presenting multiple technical hurdles which range from the microscopic (nuances of phrasing, color, and contrapuntal layering) to the macroscopic (building and sustaining an extended musical narrative; the sheer question of stamina). To perform three of these pianistic sagas consecutively — from memory — is nothing short of Olympian.

Taylor seems entirely at ease with the topography of the piano—a country that he seems born into. But even for the most gifted technician, the essential challenge of musical vitality and significance remains. While all of the Beethoven symphonies are postcard famous, the Fifth is so engraved in our psyche that it has become the musical equivalent of the Grand Canyon or the Eiffel Tower. Musically, the greatest challenges to the soloist appear after all the notes are out of the way, with technique no longer a question. How can we speak from our hearts and form genuine connections with other human beings? How does one restore intimacy and wanderlust to destinations that have been laid open by tourism, to hear a masterpiece of symphonic repertoire as if for the first time?

Taylor offers a valuable new perspective through the lens of transcription, which he likens to black-and-white photography. While purists may lament the losses in timbre and texture that result from projecting orchestral music onto a single instrument, Taylor invites us to consider instead the new tonal and narrative possibilities that become available. Under Taylor’s baton, with an orchestra confined to the black-and-white flatland of the piano, Beethoven’s symphonic vernacular becomes intense and strange. Previously familiar musical narratives unfold with a madcap genetic insistence, sweeping the listener into the unsafe and fiercely beautiful hinterland of Beethoven’s imagination. As listeners, we too are pulled into the Gedankenexperiment (thought experiment) proposed by these symphonic reductions, and within this discretized framework, are provided a unique X-ray glimpse of the cogs and wheels spinning beneath the surface of Beethoven’s colorful symphonic rhetoric. 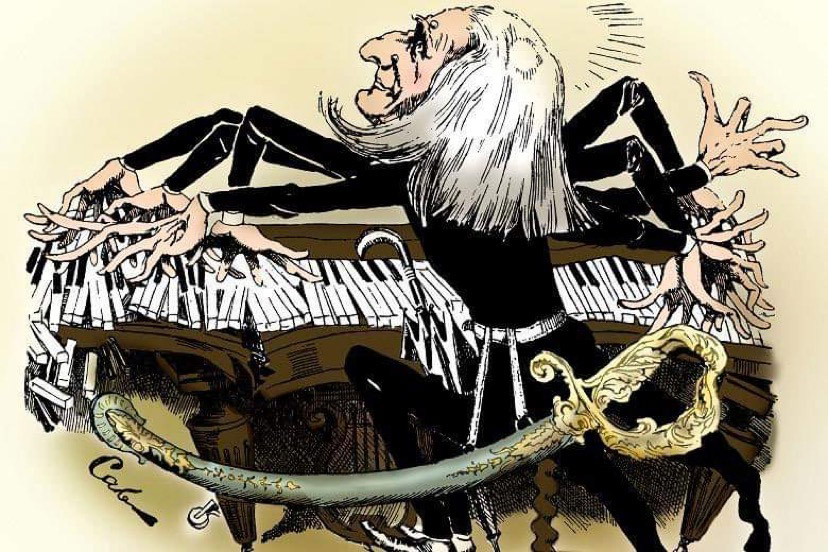 Taylor’s iron-hot combinatoric energy strikes forth a palpable delight in permutations that brings to mind the Argentine writer Borges and his flirtations with infinity. From the opening measures of this ambitious program, Beethoven’s themes and motifs take root and evolve algorithmically, displaying both crystalline detail and an aerial breadth of vision. The three symphonies unfurl not so much as individual masterworks, but as three interlocking musical galaxies, a kind of threefold Lisztian super-symphony. Music is about controlling time. Taylor seems to stand outside of it, viewing the 90-minutes not from the flux of street level, but rather from the coolness of a subway station, where the orchestral complexity of the city can be viewed on a single map. (A subway map also constitutes a solo transcription of a city, if you like.) Which makes us wonder— Where next? What larger-than-life musical summits await?

How poignant and eerie to hear this concert at the Isabella Stewart Gardner Museum, itself crisscrossed with historical and interpersonal constellations. One of history’s most elegant hoarders, Mrs. Gardner collected omnivorously; her collection includes a copy of Beethoven’s life mask, for which the composer grouchily sat twice (the first time, he broke free and tore the plaster off his face). Liszt, too, was dear to this art-loving Bostonian. It’s said that she was on her way to visit at the time of his passing, and kept a lock of his hair in his memory. Visitors to the museum are invited to look upon the face of Beethoven and the lock of hair belonging to Liszt, now both on display in the Yellow Room. One could imagine Isabella’s ghost hovering this Sunday for the opening gesture of these transcendent performances. Mrs. Gardner would have been among those in the audience delivering the standing ovation, tall in her feathered hat.