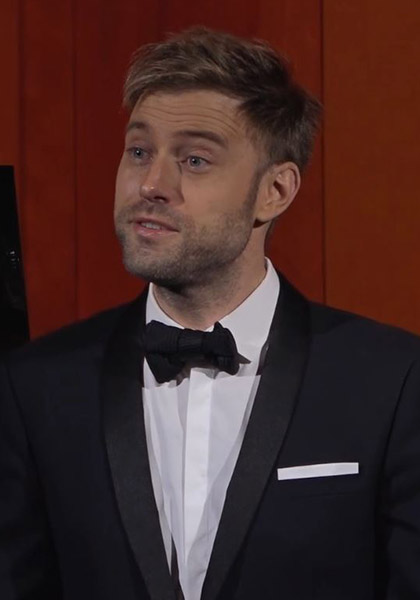 In the three years since baritone Benjamin Appl made his first ever US tour, which included performances of Schubert’s Die Winterreise (D911, published as Opus 89), he has built an enthusiastic, devoted following here. Indeed, Schubert suits him, as his many astute, online comments attest. The Boston Celebrity Series presented him via livestream from Longy School of Music of Bard College in Cambridge on the 26th.  The concert will remain available HERE through February 1st up to 7:00 P.M.

Schubert completed the heartrending 24-song cycle set to verse by the German lyric poet Wilhelm Müller in 1827, the year before his too-early demise, and indeed he was working on proofs of the last 12 songs within days of his death in November, 1828.  In the mid-late 20th century, the late Dietrich Fischer-Dieskau personified the work along with pianist Gerald Moore; and, surely Appl, that great baritone’s last student, performs the work in similar style. Appl’s mellifluous baritone can seem conversational, but also possesses a fine legato line and, in the low register, a deep resonance. And if pianist James Baillieu didn’t always have Moore’s knack for differentiating the verses of the strophic songs, he made an elegant partner and sometimes guide.

Appl’s articulate intelligence can be discovered in a European pre-concert video [HERE], filmed in an alpine landscape advertising a November, 2021, Winterreise performance at Salle Gaveau in Paris. In it Appl and Baillieu revealed their favorites of this incantatory cycle—for Appl, Das Wirthaus (the Inn), for Baillieu, Der Lindenbaum.

The Boston Celebrity Series livestream glitched in fits and starts, prompting a vibrant online chat: “There is a huge problem with the transmission;” “Yes it’s been spinning for 20 minutes;” “Unwatchable” and “Dozens of stutters in the streaming.” Though the Celebrity Series’s team valiantly tried to fix the problem in real time, alas, the issues persisted throughout. Luckily, for the subsequent delayed broadcasts, the artists remained focused, unaware.

Post hoc, the Celebrity Series announced that they would make a glitch-free version “continuously available.”  Within 24 hours, the recital had redeemed itself, proving if not quite spellbinding, then certainly intelligent and, at many moments, riveting.

In the opening Gute Nacht (Good Night), Appl seemed to just miss the agonizing conflict and ambivalence of unrequited love and the motivation of the traveler inherent in the music,. Yet by the second song, Die Wetterfahn (the Weathervane), he—and Baillieu—blended intent and effect. In Gefror’ne Tränen (Frozen Tears), they truly reached the depth of despair that flows through the work and remained, to my taste, on target. Erstarrung (Numbness) amplified the mood, in minor mode, rife with an undercurrent of passion.

So much of Winterreise seems foreboding, particularly in January in the midst of the pandemic, though great performances can invoke the cold of winter and deep personal despair during any season. In the midst of the angst and despair, a few sunnier songs, such as Der Lindenbaum (the Linden Tree), provided respite. And two in major keys—Frühlingstraum (Dreaming of Spring) and Die Post (The Post) conveyed hope. Though each poem and setting is a gem, the cycle conveys a despairing sweep. No one should remain dry-eyed after the concluding Der Leiermann (The Hurdy-Gurdy Man). 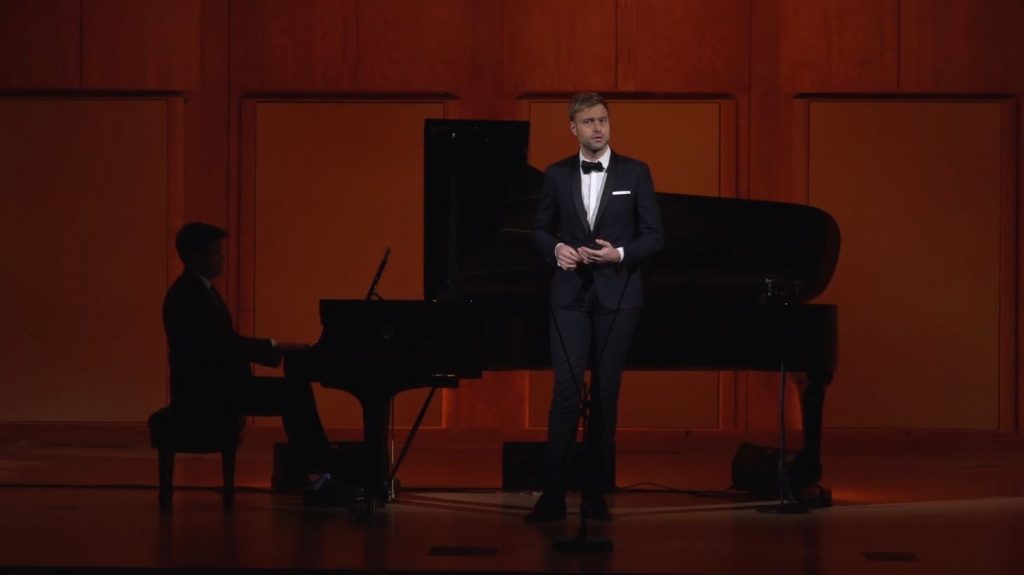 There are so many performances and recordings—not only by Fischer-Dieskau (7 pressings, and countless performances!) but also Hans Hotter, Hermann Prey, Matthias Goerne, Gerard Souzay, Jon Vickers, Thomas Hampson, Jonas Kaufman, as well as by mezzo sopranos, among others, Brigitte Fassbaender, Christa Ludwig, Alice Coote and Joyce DiDonato. And, considering the essential role of the piano in Winterreise, notable artists such as Gerald Moore, Daniel Barenboim, Alfred Brendel, and Yannick Nézet-Séguin have earned acclaim for their collaborations. I would say that Appl and Baillieu are right up there.

Appl is in his ascendancy, and deserving of accolades, including mine for this week’s Cambridge performance.  His richly timbered voice lends strength and passion to his musicality.  It is easy to understand why he won the honor of the Gramophone Award Young Artist of the Year in 2016 and has appeared in important venues throughout the world.

We savor sonorous and depthful interpretations such as those bestowed by Appl and Baillieu here. They are scheduled to perform Winterreise in Pittsburgh tonight and Dallas on Sunday, perhaps escaping New England’s Eis und Schnee just in time. But I’ll bet many listeners hope to hear their resonant pairing in person when feasible.

Julie Ingelfinger, who studied piano at the Hartt School of Music, Aspen Music Festival and School and at Harvard, enjoys her day jobs as professor of pediatrics at Harvard Medical School, pediatric nephrologist at Mass General Hospital for Children and deputy editor at the New England Journal of Medicine.