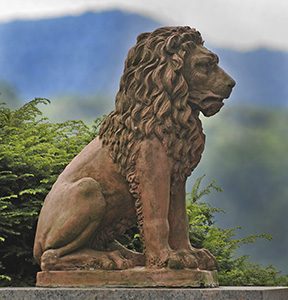 It’s extremely good news that Tanglewood plans to return to form for a very full ten-weeks this summer, mixing the predictable, the popular, and the surprising from June 17th to September 3rd. Look no further than HERE for the complete calendar if you want to skip my value judgements. The Boston Symphony Orchestra, the Tanglewood Music Center Orchestra, chamber music galore, five intense days of contemporary compositions, Keith Lockhart’s Boston Pops, the Tanglewood Learning Institute, and highly digestible popular fare will glitter across a broad spectrum.

Ray and Maria Stata BSO Music Director Andris Nelsons, who will be leading 10 concerts, tells readers: “Each year I look forward to the orchestra’s return to Tanglewood with ever greater anticipation, as we join our devoted music community for wonderful concerts in the beautiful setting of the Berkshire hills. The 2022 Tanglewood season is filled with so many wonderful styles of composition, performed by the most extraordinary musicians working today, among them our very own Boston Symphony Orchestra. We hope today’s announcement will excite music fans everywhere as we look forward to warmer days and a full summer season of inspiring performances at Tanglewood.”

The predictable good works include Beethoven (the 9th, and all five piano concertos with Paul Lewis), Schubert (Unfinished), Brahms (Symphony no. 1, Piano Concerto no. 2, German Requiem), two Mozart (Sinfonia Concertante K. 364, and Don Giovanni complete), two by Mendelssohn (Violin Concerto, Symphony no. 3), one Mahler (Fifth), a lot of Rachmaninoff (Vocalise, Concerto no. 3, Symphonies 2 and 3, Symphonic Dances), Richard Strauss (Tod und Verklärung, “Dance of the Seven Veils” from Salome), Debussy (Faune, La mer, and a worthwhile rarity, Printemps, which nevertheless can definitely be a summer crowd-pleaser), Ravel (Tombeau, La valse, and Mother Goose complete ballet) and some big noisy items like Holst’s Planets and Stravinsky’s Rite of Spring, which by now is so familiar that we can claim it almost as a warhorse (it sounds very well in the Shed, especially if they remember to bring the tamtam out front). One early program (July 9) includes a new piece by Carlos Simon, Ellington’s New World A-Coming, and two old favorites, American in Paris and Barber’s Knoxville. There will even be a John Williams 90th-birthday celebration (August 20), as well as a live-accompanied The Empire Strikes Back (July 15).

The Mahler occasion (July 23) includes Christine Goerke singing Berlioz’s rarely-heard La mort de Cléopâtre. Emanuel Ax will play Chopin’s unjustly scorned Concerto in F Minor; Jean-Yves Thibaudet will play the brilliant solo in Bernstein’s Age of Anxiety Symphony no. 2. The Debussy Printemps program (July 31) will also include Stravinsky’s really rarely heard Agon (I was present when the BSO did it for the first time in 1957, on the same program as the Bruckner Seventh Symphony, which suffered) and Hindemith’s Symphonic Metamorphosis on Themes of Carl Maria von Weber, which is a wonderful romp. The performance of Rachmaninoff’s Second Symphony (a long, heavy, but richly expressive piece) on August 14th will also include Bartók’s Miraculous Mandarin (still too seldom heard) and an orchestral piece by Florence Price. The Lorelei Ensemble will perform Janáček’s Diary of One Who Vanished — a piece I first heard as a student at Tanglewood 63 years ago and have never forgotten. The Festival of Contemporary Music (what some of us still call “Fromm Week”), August 4-8, includes many of our own locals as well as alumni/ae. There will be a generous amount of new music for the BSO as well, including co-commissions from Julia Adolphe, Jessie Montgomery, Helen Grime, Fazil Say, Elizabeth Ogonek, Caroline Shaw, Unsuk Chin, and others I haven’t heard of. When the Takács Quartet appears on July 27 with Julien Labro playing a bandoneon, the program includes Bach’s Cantata 140; how are they proposing to manage that?

There’s a lot of youthful performance going on. Programs from the Young Artists groups of the Boston University Tanglewood Institute aren’t listed yet, but I can bet they will be unusual and interesting — I can remember over 30 years ago when I just happened by, and my younger daughter was part of the BU group that rehearsed Milhaud’s Mort d’un tyran with Luciano Berio conducting; they never had things like that when I summered at Tanglewood, but it was a much smaller operation then.

Chamber music will feature the Silkroad Ensemble (with several new works); Takács, Juilliard, Danish, and Dover string quartets; a great deal of Dvořák and Janáček; some elaborate piano recitals including Steven Drury playing The People United Will Never Be Defeated in memory of the composer, Frederic Rzewski, who died just last June (this is a great work, but he did write other fine music for the piano and I hope that some will take notice), and a complete cycle of Brahms’s piano solo music in four evenings by Garrick Ohlsson; and a lot of singers.

Then there’s Itzhak Perlman playing the Bruch G Minor Violin Concerto, which he did at the shed last did in 2007. Joshua Bell gave the most recent shed performance in 2009. A 172-performance run began in 1882 during the orchestra’s second season. Bruch’s evergreen concerto certainly has legs.

Enescu is represented by his too-repetitive Rumanian Rhapsody no. 1 (why not no. 2, at the very least?) sharing the program with the Elgar Cello Concerto, another rather drab piece. But these contrast with some really unexpected surprises here and there over the summer: Poulenc’s Concerto for Two Pianos, with its spectrum of magnificent thefts; Shostakovich’s Third Symphony “The First of May”; and another rarely heard Third Symphony, the brilliant one by Aaron Copland.

I haven’t come close to covering everything in this brief overview; there’s too much variety, and I haven’t even mentioned any of the Popular Artists. But I can’t slight the Tanglewood Learning Institute, which offers a plethora of activities [listed HERE] of interest to players, students, and audiences alike: “Performances by unconventional artists. Open rehearsals and master classes led by world-renowned musicians. Weekends dedicated to film, masterpieces old and new, and more. Eye-opening discussions with noted biographers, civic leaders, and playwrights. Only at TLI will you find such a diverse and daring mosaic of voices and visions, because at TLI, everything—every idea, every story, every perspective—is in play.”

And it doesn’t have to be expensive to see the shows. For instance, $200 gets one a lawn pass for 11 standard, special, and premium BSO and Pops concerts in the Koussevitzky Music Shed and Ozawa Hall. I could imagine a backpacking student camping out for a really illuminating and enriching ten weeks…but don’t try it, because Officer Obie is looking down.