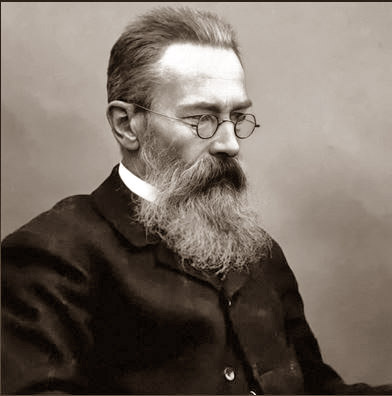 Last Sunday’s matinee concert at the Distler Performance Hall in the Granoff Music Center at Tufts University found a large orchestra on stage, with every corner was filled, and a packed (300-seat) hall. For the first time in many months, the Tufts Symphony Orchestra, conducted by John Page, could field a full ensemble, with a full complement of winds and many strings, something like 14-14-10-10-4, for a program of two concert favorites, Tchaikovsky’s Romeo and Juliet: Overture-Fantasy, and Rimsky-Korsakov’s Scheherazade.

I was worried, seeing so many people crammed in the lobby outside the hall, about the possibility of Covid spreading, and I may still need to worry for a few more days. But I never saw an unmasked face, and everyone who entered the hall showed both a Tufts ID and a certificate of vaccination (Tufts students undergo weekly testing if not every day). The large orchestra likewise sat totally masked; as far as I could see, every woodwind and brass player played through mask holes. I don’t think I saw more than two dozen persons in the hall older than student age; one or two bald heads glistened, and I recognized one Tufts administrator whose son was playing violin, but not even one faculty member from the Music Department materialized, though someone later told me that they were likely watching online. I looked for a harp, which takes up a lot of room on stage and is important in both works, but I didn’t see one.

From the podium, John Page expressed delight at seeing such a big audience, and gratitude that the full orchestra could meet for a performance after a year and a half of restricted operations and lockdown. He briefly described the stories behind the music, from Shakespeare to Sinbad, and then turned expertly to the orchestra, which responded with complete attention and eager seriousness for nearly an hour with a short intermission. (The harp turned out to be an electronic keyboard, and I was surprised at how well it sounded.) Aside from the slight imperfections of balance and accuracy one might expect from a student orchestra, we enjoyed passionate, credible, and creditable musicmaking. The obvious audience appreciation rewarded the players generously.

I watched and listened to the performance on stage as closely as I could from the rear of the hall, but I spent just as much time watching the students in the audience. I could even see some of their eyes over their masks. Their close attention surprised me, but this must have been the first time in a year and a half that 90% or more of them had been able to attend a live concert on campus.  After being cruelly locked out of live events for 18 months, many of those present were doubtless all the more eager to hear an orchestra made up of their fellows. Will this make for a permanent difference in their listening? If so, the Covid lockdown may have a silver lining.

In six years John Page has made the Tufts Symphony into a serious contender with local music schools’ ensembles. When I conducted the orchestra, from 1988 to 1994, it had half as many personnel, and played in Cohen Auditorium, a space twice as large and with wretched acoustics for music; rarely did I count more than 200 in the audience, mostly roommates, parents, frat buddies and a few members of the community, sometimes maybe a few music majors. These days things have changed much for the better, thanks to all that I have mentioned, but now especially, I think, to what the lockdown has done to inspire a revival of active listening, and maybe this phenomenon isn’t confined to Distler Hall at Tufts.

Today, a week later, with the Omicron variant resurgent everywhere, the Tufts campus approaches another lockdown; Goddard Chapel, whither I went to practice the organ, was peremptorily closed, and the students have been abruptly sent home to take their final exams on line, with no word yet on whether the winter semester will even open on time. I’m staying at home. As far as I can tell, knocking on wood, I haven’t been infected from what could have been a massive spreader just seven days ago despite universal masking, and notwithstanding that the press everywhere assails President Biden for his abject failure to control anything and everything.

Romeo and Juliet: Overture-Fantasy dates from 1869, when Tchaikovsky was 28 years old. He revised the work later on, as he did with his Second Symphony and other works, to form the version that we all know today. But it’s not too much to say that Romeo and Juliet, despite its weaknesses, is the first undeniably great orchestral work by any Russian composer. Supposedly he was inspired to write it by reading Shakespeare’s first great play; many of us know what a frisson of romantic imagination comes from that same experience: “Oh, she doth teach the torches to burn bright!” What kind of music might have influenced Tchaikovsky when he buckled down to its frenzies? Some Liszt, maybe, like the Faust Symphony, or pieces that Berlioz had conducted when he visited Russia just a few years earlier, such as Harold in Italy; and surely the choral sound of the Russian Orthodox church. Some of these were doubtless filtered through Glinka; you can hear the Chernomor chords from Ruslan and Lyudmila quite literally in Romeo and Juliet (see the “Boris’s Bells” article on my website). Nor is it irrelevant that the original (short) version of Musorgsky’s Boris Godunov dates from the same year, 1869. Tchaikovsky had not yet mastered the orchestral brilliance that radiates from his later works, like the ballets and the Pathétique Symphony — but he comes close, close enough to underwrite his remarkable youthful vigor in form and skill in development. The famous Love Music in D-flat major — violas and English horn together, with swooping skips — has been hackneyed to death so much that its real melodic originality has been obscured; it reminds us of what made Rachmaninoff’s Second Concerto so famous. There’s too much clashing tutti, especially in the swordfight chords that may represent Mercutio battling Tybalt, and when their orchestral balance is precarious their melodic value gets lost. But overall, Romeo and Juliet is a fine and lasting challenge to Wagnerian hegemony, and as for Brahms — well, we know already that Tchaikovsky and Brahms met in Leipzig very warmly and jovially over beer, even if they didn’t like each other’s music.

From Stravinsky’s memoirs: “Rimsky could not conceive of Tchaikovsky otherwise than as a ‘rival.’ … He would say, and never tire of saying, ‘Tchaikovsky’s music is in abominable taste,’ and indeed, though much of it is, Rimsky might have realized that his own music could share honors with Tchaikovsky’s on this count.” Romeo and Juliet and Scheherazade offer much of the best of what both composers can offer, as well as what a century and a half of imagined bad taste has failed to dislodge in the mind of a well-tuned public that loves these works still, and despite the Moscow-St. Petersburg rivalry that also endures. Scheherazade has weaknesses of form, essentially an excess of non-developing repetition, that persist in most of Rimsky-Korsakov’s works — yet if you think of Scheherazade as mostly songs and dances interspersed with colorful portraits, you can understand why it’s still so popular. Stravinsky, in his old age, deplored the so-called “orientalism” of harmony and melody idiosyncratically enjoyed everywhere in and out of Russia, but his demurrers to his own beloved teacher’s works sound tired today. Scheherazade is overplayed in contrast to other music by Rimsky-Korsakov that isn’t played enough (I heard an attractive Sinfonietta on Russian Themes on the radio a week or two ago that could surely stand revival). But this time, hearing it enthusiastically taken up by students many of whom were probably encountering that old chestnut for the first time, I was happy to encounter it once more, even with a mask on.