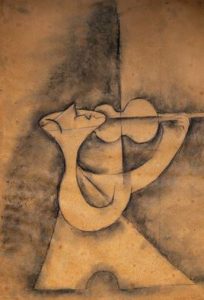 Composer David Post came to my attention through a work he wrote on commission for the Terezin Music Foundation [reviewed HERE]. His most recent CD on Centaur [HERE] makes an elegant addition to the contemporary chamber music canon. Consisting of three sonatas (for violin, cello, and piano) and a set of Variations and a Fugue on a Bach-Busoni Chorale, this CD reveals a composer of thoughtful eloquence, with a lyrical voice that lingers in the memory long past the end of the performance.

For this CD, Post has assembled an impressive roster of performers. Alyssa Wang has a dual career as a violinist and conductor, performing with the Boston Chamber Music Society and A Far Cry and being recently appointed Assistant Conductor of the Boston Ballet. Pianist Ruoting Li is a winner of the Lillian Fuchs Chamber Music Competition and made her Weill Recital Hall debut at Carnegie Hall in 2019. Pianist Steven Beck has worked with many composers including Pierre Boulez, Henri Dutilleux, Charles Wuorinen, George Crumb, and George Perle. He is the soloist on recordings of Peter Lieberson’s Third Piano Concerto as well as Elliott Carter’s Double Concerto. Among his many other accomplishments, cellist Samuel Magill is the former Associate Principal cellist of the Metropolitan Opera Orchestra, as well as a former member of the Houston and Pittsburgh Symphonies. A former child prodigy who made her debut at 12 with the Philadelphia Orchestra, Beth Levin has also appeared as a piano soloist with the Seattle Symphony and the Boston Pops. More extensive biographical material is in the excellent notes.

The Sonata for Violin and Piano (2007), is superbly executed by violinist Alyssa Wang and pianist Ruoting Li. It adds to a much-needed category of contemporary works for violin – not every piece has to be the most difficult thing ever written for the instrument. There is a place for works by living composers that explore the narrative, melodious side of the instrument while allowing a performer to explore their own musicality. This Sonata does just that. The opening movement is an expository journey, and Wang and Li give voice to a thoughtful musing that at times is more of a soliloquy than a dialogue. The performers are well-matched to the material, with a silken tone in the violin and gracious accompaniment. The second movement passacaglia opens with solemn chords that blossom like petals as the variations unfold. The third movement is heavily jazz influenced, a saucy flirtation that Wang plays with sassy style, even ending with a few blue grassy riffs. It is a welcome addition to the Violin Sonata literature.

The program notes state that Post is not a pianist, but it would be hard to tell that from the Variations and Fugue on a Bach-Busoni Chorale Prelude. It is as though a talented pianist, in this case, Steven Beck, sat down for a practice session with a much loved and familiar piece, only to have his fingers and mind go on an Ivesian stream of consciousness journey, meandering through different pieces or styles as the mind lights on them. One particular “phase shift” stood out for color and delicacy. In an almost cinematic dissolve, two melodies are playing on top of each other, until one fades out into the new melody. Quite lovely. 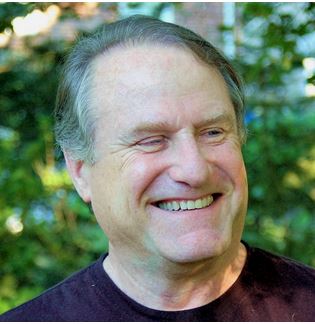 Some elements of the recording quality on the next work, the Sonata for Cello & Piano, performed by cellist Samuel Magill and pianist Beth Levin, are the only less than ideal element of the CD. There is a difference in the ambient sound that makes me wonder if it was recorded by a different engineer in a different studio than the rest of the works. The placement of the microphones sometimes causes an imbalance between cello and piano, with the former loudly forward and the piano less distinct in the background. The occasional harshness of the cello sound would be unnoticeable in a recital hall, in fact, probably desirable to project, but with a mic placed so close, the sound can sometimes become scratchy. Despite these relatively minor problems, the passionate performance of Samuel Magill reveals another facet of Post’s voice.  Still lyrical and elegant, there is more romanticism and urgency in this work than others on the cd. Written in 2017, perhaps the composer has consciously or unconsciously absorbed and reflected the growing turmoil and anxiety of life in America, as artists so often do. The middle movement, Adagio ma non troppo, is especially tender and pleading.

The final work on the CD, Steven Beck’s performance of the Sonata for Piano (2015) shows a master craftsman at work in the composition while providing an opportunity for the pianist to demonstrate commanding technique and musical sensibility. Post states that the second movement, Caprice, can be played as a separate concert work. It has the flashy technical panache of an excellent encore piece, but it would be a shame to miss out on the rest of the work. Beck’s performance of the third movement, Blues. Adagio liberamente, would be hard to top for inward-reflecting exploration.

There is an inevitability to Post’s music, as though it has always existed but just needed to be written down. With an unmistakably open, American sound, it is nonetheless firmly rooted in classical tradition. It calls to mind the famous Schoenberg quote that “There is still plenty of good music to be written in C major.” Here’s hoping that Post will long continue to compose in his own deeply thoughtful, inimitable style.