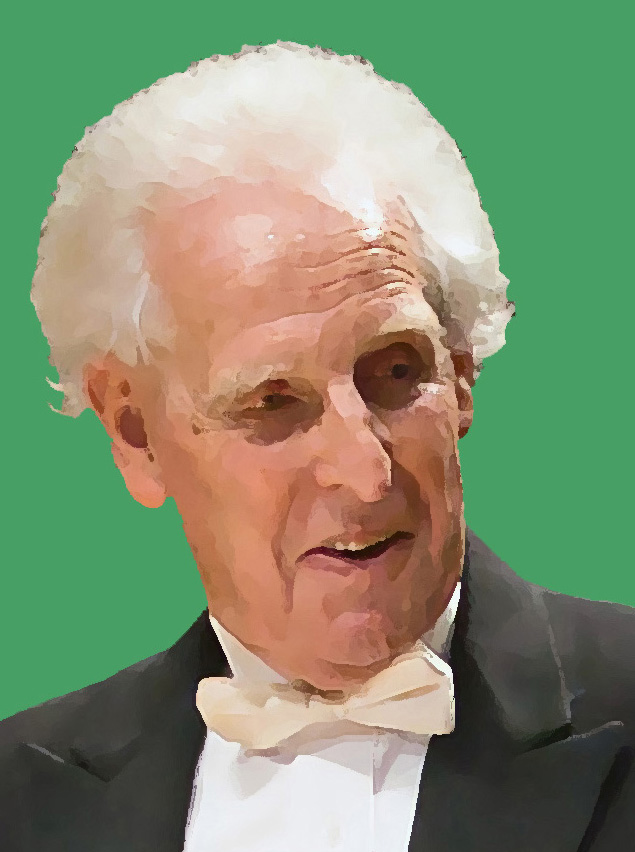 The 107 players in the Boston Philharmonic Youth Orchestra endured their last season without the expectation of even rehearsing together. Deprived of performance opportunities but committed to prevailing over the circumstances of the time and continuing to advance as musicians, the orchestra members spent much of that otherwise quiet time at home studying how to approach some music they might otherwise be performing. The orchestra members participated in weekly 2 ½-hour sessions over Zoom, approaching music as if each one were the conductor. The idea was to build true understanding of how one’s individual part is vital in creating the larger sound. “You will all be sitting at home in the first chair,” Benjamin Zander’s letter to the group explained. They studied Mahler’s 4th in depth from many aspects, one whole session, for instance, devoted to studying different recordings of sopranos to discover what makes the ideal singer for an imaginary performance of the final movement.

But on Friday night at Symphony Hall, perform they did. Benjamin Zander led these 107 conductors and their chosen soprano, now no longer hypothetical, in an unexpected yet fortuitous and brilliantly successful traversal of that transparent and soloistic symphony in which the individuals, more aware from their studies than ever of the collective context, became so movingly one.

The program, billed as a “moment of healing,” aptly began with Barber’s Adagio for Strings. In contrast with certain renditions that are tortured and languid (for instance Dudamel’s nine-minute version), this one had focus and intensity. Straightforward and unapologetic, it felt perfect for the current environment. While easy to get lost in the captivating individual phrases, one did well to step back and acknowledge the larger architecture and dynamic control that Zander brought. He led inevitably to a single destination.

Zander then explained that for Mozart’s Symphony No. 35 in D Major, “Haffner,” the complement on stage was more than double the size one would expect in a performance of a Mozart symphony because none of the performers would want to miss Mozart and that there had been occasional precedent in Mozart’s time for ensembles much larger than what generally obtained. As the music began, it became clear that this would be the weakest part of the concert. Until the fourth movement, we heard less interplay between sections and lines as one would expect and little sense of restraint and development of color, either in tempo or dynamics. The large ensemble size also made for occasional muddiness; Mozart should be clean and incisive. In the final movement, however, the orchestra finally came alive. It was clear that they’d spent most of their time preparing this section, probably because it’s the most fun! Zander noted Mozart’s tempo instruction “as fast as possible,” and they truly seemed to take that to heart.

The second half, or rather the second two thirds, brought the main event, Mahler’s nearly hour-long Symphony No. 4 in G Major. It opened with the exact clarity and assertiveness missing from the Mozart. Zander thinks of the fourth more as chamber music (and indeed, a very convincing chamber arrangement exists) than as a conventional symphony; comprising many sections for dynamically transforming smaller ensembles, the work includes only two rather brief tuttis. As the first movement progressed, the players kept opening and developing a sound uniquely their own. Every repeat of the initial thematic material proved notably more compelling than the initial version. The second movement, which Zander describes as a “danse-macabre,” had concertmaster Eric Chen switch his violin out for one tuned scordatura, a whole step high, evoking sinister street music. (The original name of the scherzo was “Freund Hein spielt auf,” which Mahler musicologist Deryck Cooke translated with liberty as “Death takes the fiddle”). The effect would have been stronger had the rest of the orchestra had shown a bit more restraint at times in this movement so that the solo violin’s lines could have “screeched” out a bit more. The third movement, which the annotator Michael Steinberg and Zander highlighted as Mahler’s self-described “most beautiful slow movement,” achieved real mastery. As one who certainly hasn’t studied Mahler in as much detail as the experts, I’d have awarded this distinction to the famous Adagietto from his Fifth Symphony. Like that example, this music continuously expands and evolves, but does so with much more defined structure—a difficult feat. There, the notes wash over you in a way where you get lost, yet don’t particularly care. Here, the movement unfolds equally (if not more) beautifully, and you neither forget where you came from nor lose sight of where you’re going. 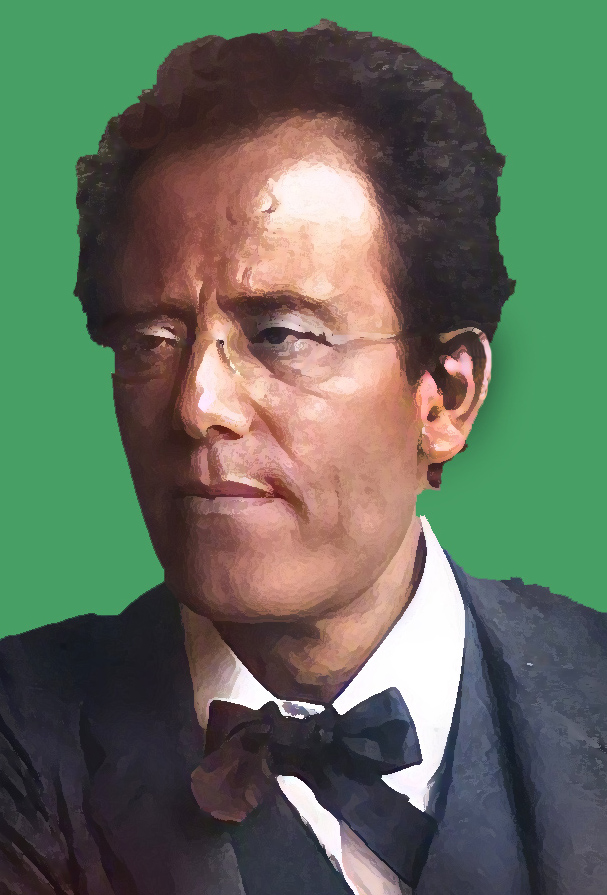 Zander “…had a devil of a time searching the world for a soprano who fit the ideal collectively established during the course of study,” finally locating Sofia Fomina through her wonderful recording with the London Philharmonic. She flew in from Munich for a glorious eight minutes in the final movement, which is constructed around the German folk song “Das himmlische Leben” depicting a child’s idealized image of heaven. The vocal part, supposed to personify innocence, could have emerged a bit more from the orchestral backdrop as had so many instrumental solos. What carried to the back of the hall, through perfect focus and luster, was a spectacular evocation of a child’s open-eyed wonder.

In the planned encore, the “Song to the Moon” from Dvořák’s Rusalka, Fomina shared her ample diva gifts and projected without effort over the orchestra, revealing the humanity of a water sprite and her yearning for human’s love.

And so she shined on us in a real coup de théâtre.

The evening concluded with many minutes of applause and exuberant stomping from the stage and house, and too many curtain calls to count, making the energy and optimism in the air palpable. A year’s worth of preparation for something without any certainty of realization had not been in vain, and hope for the future not only endured, but also thrived.

Currently active in the San Francisco finance world after having received a BS in mathematics and physics, and a BFA in music in 2012, Nathaniel Eiseman designed this site in 2008. 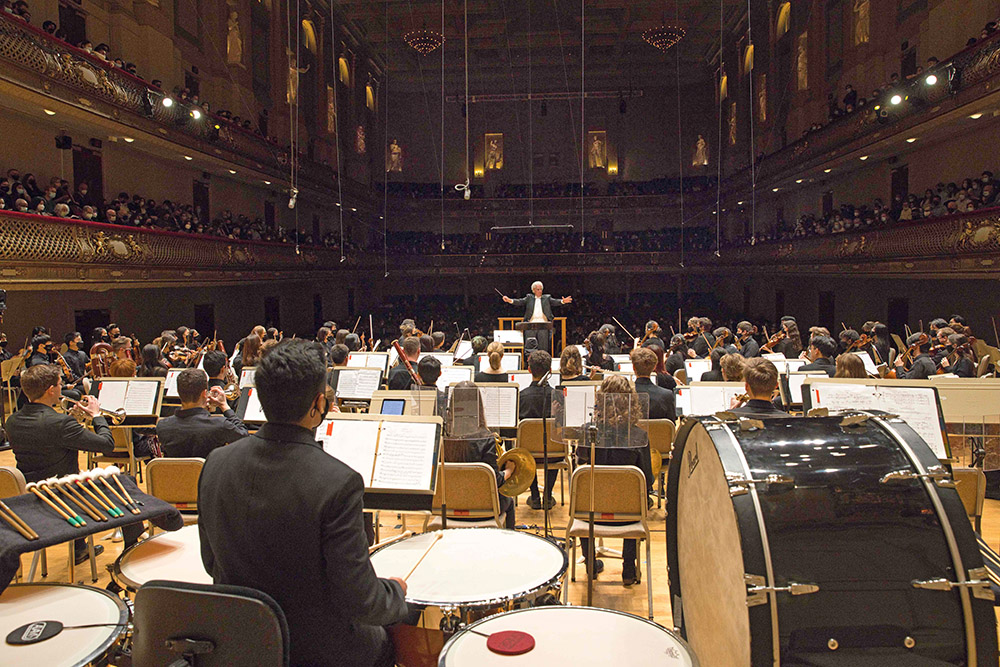 Comments Off on Zander and BPYO Thrive in Demanding Concert