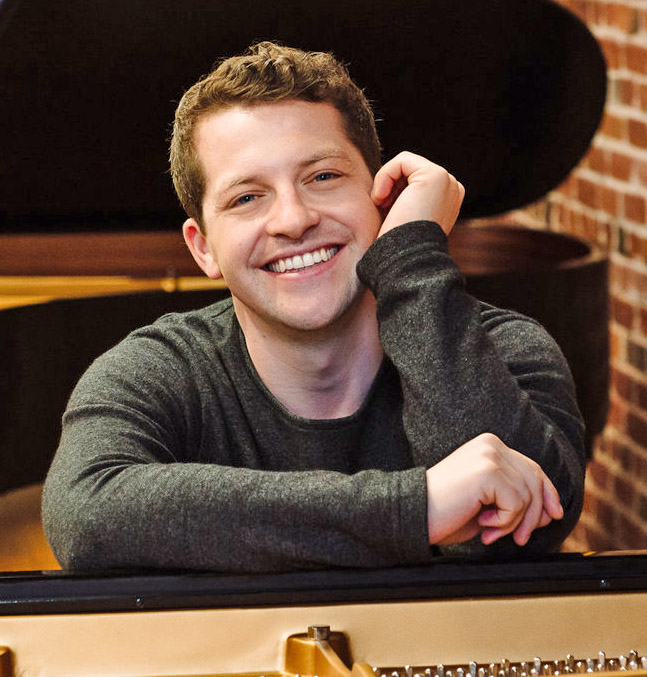 Violinist Stella Chen, both alone and with pianist Henry Kramer, offered a varied, stirring, and depthful November 6th program at Jordan Hall presented by the Chinese Foundation for Performing Arts to a fortunate, well distanced crowd. Chen, the 2019 first prize winner of the Queen Elizabeth International Violin Competition, as well as the 2020 recipient of both an Avery Fisher Career Grant and Lincoln Center Emerging Artist Award, is possessed of a brilliant, thoughtful approach likely to fulfill the promise of her first name. A graduate of the extremely demanding joint Harvard-NEC degree, she is also the inaugural recipient of the Robert Levin Award from Harvard.

Kramer, whose initial forays into music apparently began at the “late” age of 11, has developed into a sensitive, eloquent collaborator and also a stirring soloist. He graduated from Juilliard, received a doctorate in musical arts from Yale School of Music under the tutelage of Boris Berman, and has studied with pianists whose lineage goes back to Beethoven, Chopin and Busoni. He was the second prize winner at the 2016 Queen Elizabeth Piano Competition, and a 2019 Avery Fisher Career Grant recipient, whose solo debuts and concerts garnered praise for their versatility and originality.

Given these pedigrees, excitement and anticipation permeated the hall. Chen opened with an incisive yet lyrical account of the Bartók Sonata for Solo Violin (Sz. 117, BB 124 [1944]), commissioned and premiered by Yehudi Menuhin. She began the first Tempo di ciaccona movement with a steady and strong enhancement of the breathtaking initial melody, inspired by the Chaconne from Bach’s Partita BWV 1004. She sculpted the next two themes with a strong sense of development and structure. In the second movement, Fuga, her sensitive intelligence and mastery deeply impressed. Melodia, largely adagio, transported, serene with its monodic, straightforward, yet empyreal theme; the concluding Presto, loosely in rondo form, raised the virtuosic stakes. Chen’s traversal surely equaled any others I have heard, and, further, created a palpable sense of the composer’s intent. 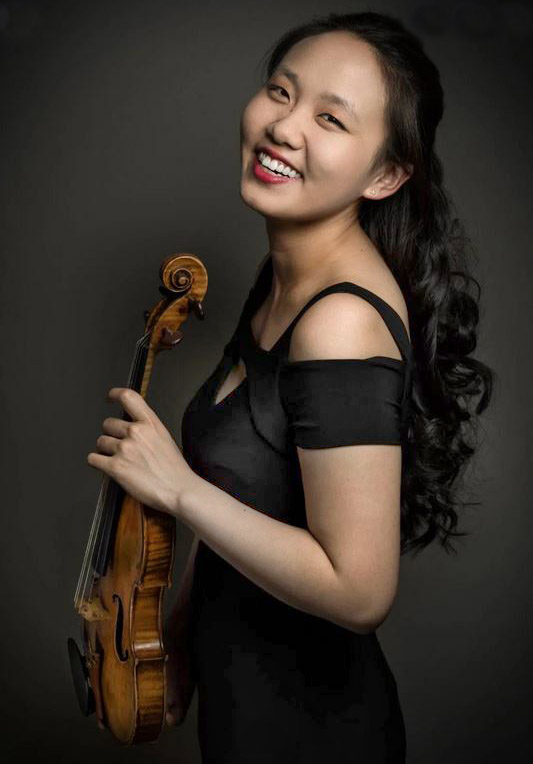 Chen and Kramer together offered two Schubert lieder transcribed for violin and piano: Mischa Elman’s showpiece take on “Ständchen” from the posthumous Schwanengesang, D. 957, and Chen’s own arrangement of “Sei mir gegrüßt,” D. 741. These well-loved jewels seemed to be palate cleansers after the stunning and intense Bartók, though the mutually attentive partners enchanted with their expressive interpretations.

The duo segued immediately into the little known but compelling 1996 No-Man’s Land Lullaby by Jamaican-born composer- pianist Eleanor Alberga, O.B.E. (b. 1949), who now lives and works in the UK countryside, often performing with her violinist husband, Thomas Bowes. No-Man’s-Land depicts the searing events of the two World Wars before healing ensues from a lullaby all can recognize. Here Kramer’s piano set the disquieting initial tones before Chen’s soaring violin voice evoked the soul-searing events. The duo conveyed the breadth of the piece with its palpable sadness yet promise of new life.

Richard Strauss’s 1887 Violin Sonata E-flat major opus 18 capped the evening. This imposing sonata, considered to mark the end of Strauss’s early and more classical period, takes on orchestral, even, at time, operatic weight. In the Allegro, ma non troppo, Kramer’s fitting fanfare entrance provided an initial platform for Chen’s energetic yet lyrical entrance. The ostinato aspects of the first theme allowed strong collaboration and were followed by the expansive range of the second theme, before a return to the rhythmicity of the first. Chen’s painterly tone on her responsive 1700 ex-Petri Stradivarius (on generous loan from Dr. Ryuji Ueno and Rare Violins in Consortium, Artists and Benefactors Collaborative) resonated expansively in the socially-distanced and thus half-filled hall. Improvisation: Andante cantabile, with the violin leads, sounded sweetly emotive rather than improvisatory, with the piano following the line of the violin. The second theme, with bows to Schubert, as well as Chopin, ended with a Beethovenesque coda. In the Finale: Andante-Allegro, Kramer introduced the somber piano andante with mastery, and then the two crafted a passionate Allegro, followed by bravos. A hoped-for encore was not forthcoming, despite the bowled-over crowd.

Without doubt we will hear much more from these two superb musicians. In my view, it can’t be soon enough.

The Chinese Foundation for Performing Arts, founded by Dr. Cathy Chan in 1989, offers a rich menu of concerts and events each year. The local favorite Ya-Fei Chuang will play on January 29th, also at Jordan Hall. I encourage you to go!

Julie Ingelfinger a classically-trained pianist who studied at the Hartt School of Music, Aspen Music Festival and School and at Harvard, enjoys her day jobs as professor of pediatrics at Harvard Medical School, pediatric nephrologist at Mass General Hospital for Children and deputy editor at the New England Journal of Medicine.