When we get to hear an ensemble with the reputation of the Borromeo String Quartet, already familiar from numerous previous appearances at Maverick Concerts, we expect something special. The group’s concert on September 5th lived up to expectations in numerous respects.

The first was that, in performing something as well-known as a Beethoven String Quartet, the ensemble was going to give us something effective and valid but maybe a little unusual. In the Quartet in G, Op. 18, No. 2, the Borromeos played with the expected level of consistently fine ensemble and convincing musicianship. The unusual element came in the way the group’s interpretation emphasized Beethoven’s the radical. Listening to this piece with casual attention, which I’m afraid I’ve sometimes been guilty of, can leave me thinking mostly of Beethoven’s influences from Haydn and Mozart. But this performance demanded close attention, rewarding the listener with the novelty of Beethoven’s approach to form, the odd and compelling device of a contrasting fast section to the slow movement, and the downright raucous playing of some episodes in the finale. Hearing familiar music played in ways that force one to listen carefully gave this reviewer a deeply rewarding experience. 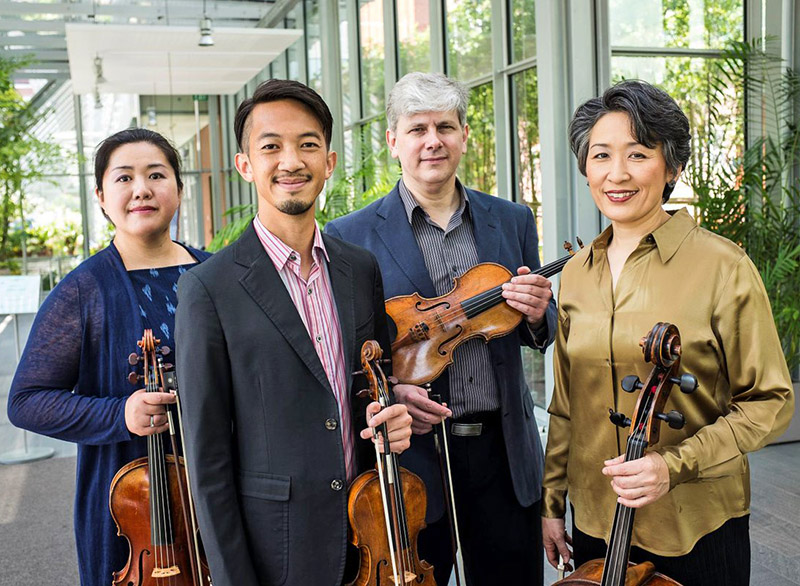 A String Quartet which consists of variations on “Swing Low, Sweet Chariot” might suggest a pops piece. But Adolphus Hailstork’s String Quartet No. 2 is anything but simple. The theme is never actually stated in full, and the procession of variations takes us through a real adventure, leaving behind the simplicity of the original tune and returning to it in fascinating ways. This 15-minute work is by turns sprightly, challenging, friendly, and consistently ingenious, and I was extremely happy to make its acquaintance. I suspect that Hailstork, a prominent Black composer who turns 80 this year, is more written about than performed, but after hearing this, I will be going out of my way to hear him. The interpretation showed strong dedication, although in a very few moments the violinists sounded almost shrill.

Brahms’s String Quartets are not the easiest of his oeuvre to bring off successfully. Perhaps Brahms’s compositions for strings sound more effortful than his piano scores, simply because Brahms took training as a pianist and a composer, but never attended a conservatory where he would have had the chance to become more familiar with other instruments and ensembles. The String Quartet in A Minor, Op. 51, No. 2, is wonderful, and I’m not trying to suggest that Brahms’s piano writing is easy. (It’s not!) But most of the time when I hear Brahms’s string examples, I am more aware of the difficulty of playing it than I am with his piano scores—aside, that is, from virtuoso works like the Paganini Variations.

The foursome strode pretty much on top of this quartet, though I sensed some momentary strain here and there; I blame composer, not the players. They certainly did an amazing job of bringing out the eerie, ghostly quality of the third movement.

The Maverick season, which has been amazingly successful, considering the difficult circumstances of presenting concerts this summer, concludes next Sunday with the Cavani String Quartet in a Maverick debut. They will bring a recent piece by Daron Hagen for koto and strings with Yumi Kurosawa the koto player, also making her Maverick debut, Beethoven’s last quartet, and Dvořák’s familiar “American.”