It’s been a mere decade since the then 16-year-old Canadian pianist Jan Lisiecki (leeZHEVsky) was signed by Deutsche Grammophon, and with some seven releases since, including the Beethoven piano concertos, it all might designate him as the leading keyboard light of his mid-20s cohort.

Lisiecki’s two-session recital last Friday in Shalin Liu Performance Center in the Rockport Music Festival showed that his many strengths abide. Naturally they include the technical and sonic basics at very high levels, and also in him an unusual combination of mature viewpoint, conviction with poised aplomb.

From the opening, Beethoven’s Rage over a Lost Penny — the composer Lisiecki’s age, and the loony “Hungarian rondo in the style of a capriccio” probably given its famous title decades later by Beethoven’s volunteer flack Schindler — I quickly noted that the Lisiecki product was informed by something more than customary prodigy confidence: a presentation of fully and comfortably knowing what you’re doing. Every young pianist aims at this, of course, but it remains rare to witness.

Lisiecki just tore into the Beethoven and then tore right through it, also rare: loud, fast, lol, occasionally pushed, other times taffy-pulled, some inner lines summoned. It was perfection in most senses, and a striking, baldly witty start by the tall cutie. The filling of the venue volume was as complete as I have heard, nearly overflowing; indeed, with the spaced seating the sound levels jolted the hall’s already clear and dry acoustic.

The pianist also spoke, easily, matter-of-factly, and with ingratiating brevity.

The first Mendelssohn work, the popular (with its composer too) Rondo Capriccioso, received a suppler treatment than Lisiecki’s online live versions, one from five-and-a-half years ago, for heaven’s sake, and more recently this. I checked my boxes labeled perfect and perfect if a little heavy. The pianist did not utterly transport us, even as this remains a simply marvelous, underprogrammed piece, past the longing Andante to open unto the composer’s favored launch of sprites.

More Mendelssohn was scheduled next, but the young artist wanted to break for the first two Chopin Opus 9 Nocturnes, to flow right into Songs without Words. I didn’t hear the musical fit Lisiecki promotes. The Chopin pierced the air with the loveliest of beauty, and I concluded that Lisiecki truly does have it together, from belief in his takes deep or polished to the accomplished execution. It doesn’t matter if we disagree with his pauses, or his rubato, as he has considered it, and will be doing it his way.

Musically smooth or not, however, the segue into the wordless songs hardly worked in Mendelssohn’s favor, and his many own beauties seemed chiefly facile. Even when performed this exquisitely, the hardworking composer often enough runs out of his note-laden lyricism and turns to those mincing and prancing figurations. Sometimes he cannot sustain the mood in other ways.

At one point featheriness in Lisiecki’s hands earned spontaneous applause, and the general notiness never sounded as bothersome as in Mendelssohn’s string quartets and quintets. But one missed Chopin’s fresher and more complex ideas. 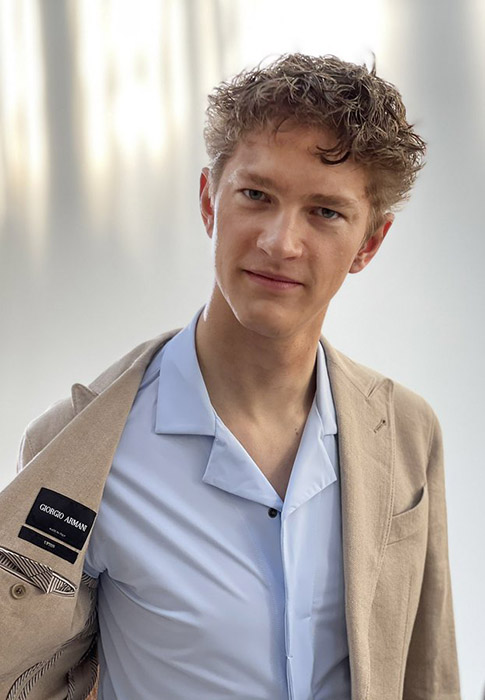 With time, something nagged. I’m old enough that when I fall for an interpreter I question myself. These Nocturnes are not terribly hard to play, even to play well, and so I asked myself whether this evening’s Chopin really was outstandingly superior, in caress or in singing, to the offerings by a dozen (okay, a half-dozen) other young Chopin experts and winners heard recently hereabouts.

Speaking of complicated forms, the Ballade No. 1, regularly movie-featured, written when Chopin too was around Lisiecki’s age, and which the composer told Schumann was, so far, his dearest, proved to be the test. Lisiecki acknowledged beforehand that there might be difference of opinion about rubato, even about how to play. That’s cool. But this performance wanted flow, appeared fussed and close to rhythmically flabby once or twice, and moreover had a couple of minor smudges and the slightly unclean trills and runs also heard elsewhere. (Lisiecki is not the only star pearly-touch pianist whose righthand is not quite as deft and strong as his left.) It’s a hard piece to hold together, and maybe part of the reason it didn’t work for me was that its scale in this venue was huge, and congestion and clatter almost swamped the grand ending.

Mendelssohn wrote his 17 Variations sérieuses (serious as opposed to the pop sets of the day) to raise funds for that Bonn Beethoven monument. The theme is a minute long and most variations 20-40 seconds. No. 14, longer, lingers in the mind for conveying a probing sadness more like a better composer. Lisiecki dispatched each variation, brilliant or somber, intense or flurried, with thoughtful elegance, even if the whole was not more than the sum of the parts.

The encore, Chopin’s Etude Op. 10 no. 3, another composer favorite, showed loving touches, never harsh even at its loudest.

I looked forward to hearing everything again in 90 minutes, what a treat to be able to do that, this time from the left balcony over floor row 2. (Highly recommended for Rockport concertgoers.) There the tonal balance grew enriched and the volumes matched. Yet the improvements abetted more discernment, or maybe less thrall and more nit awareness. The modest speedups and slowdowns in Rage annoyed the tiniest bit. Mendelssohn’s Rondo Capriccioso now sounded rather too potent to sing, lacking long line even if genuinely felt and showing wit and sport. (More musicality may be heard both from a master and from a cohort peer: true cantabile, the line carried aloft buoyantly.)

The Nocturnes sang on the big side, although their arcs could have been longer. The wordless songs were wonderful, whether poised or scampering, but upon this rehearing felt unambitious in the way of  much Mendelssohn. The Ballade featured more power and loveliness but rubato reduced forward motion. Wee smudge recurred. Lisiecki also sometimes holds back just a little at phrase tops and dynamic peaks, I found. He’s not a simple thinker, but with some music that’s the better approach. Performances where melody comes through more loudly are more readily comprehensible; we do not have to figure out what’s going on, which I spent a lot of time doing during these two recitals.

Both sessions’ audience response burst forth with enthusiasm.

Even with Lisiecki’s individuation of sections (all pieces), and his gifts for characterization, the playing does lack stress at moments and, more evident, lacks a certain dramatic snap and flare (flair is okay). And even with attentive and rangy dynamics it lacks a certain variety of touch. It’s seldom particularly gentle, and tempo choices aside it could in general bear more urgency.

And can lilt be learned? I believe it can. Doing so might overcome the young star’s faint lack of poetry, the whiff of flatfootedness, the trace underlay of woodenness, the picking at the foods on the plate. These refinements Lisiecki might do well to pay attention to.

But we are speaking of small gradations of change, close to if distinct from the quibble degree, and much of the time Lisiecki’s work is more like this achievement, Chopin’s Nocturne in C-sharp minor.

Which was the second session’s encore, hanging in the air with quiet shine. So even if this Mendelssohn advocate would profit from sylphic lessons, all was well that ended well.