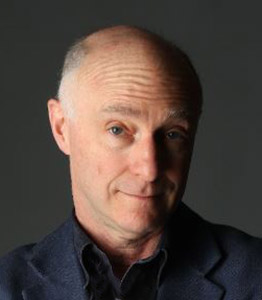 Perhaps because I moved away from the Boston area some 50 years ago, I had never heard of Scott Wheeler, the much-performed composer of operas and instrumental works who has long taught music theater and song composition at Emerson College. I looked around, though, and found much praise for—among other recordings—a dramatic cantata The Construction of Boston, a collection of orchestral works (Heavy Weather), and William Sharp singing some of his songs.

The present release offers the first of three mythology-drenched operas from three different composers collectively known as The Ouroboros Trilogy. The ouroboros is a mythological symbol in many cultures: a snake biting its own tail, thus representing such things as the circularity of life and history. Singapore-born Cerise Lim Jacobs wrote all three librettos. The second and third operas in the trilogy are Gilgamesh, with music by Paula Prestini, and Madame White Snake, whose composer Zhou Long won the 2011 Pulitzer Prize for Music for it.

Wheeler’s style is instantly attractive, in ways that so much High Modernist music is not. Wheeler studied with, among others, Virgil Thomson and Olivier Messiaen. He is longtime head of the Virgil Thomson Foundation; his orchestration of some Thomson piano works was deemed effective by Gil French in American Record Guide.

The appeal of Wheeler’s Naga lies partly in its evocative mythological-philosophical libretto but partly also in its melodic and harmonic language, which is often based on more or less familiar tonal and modal pitch-collections, including such immediately recognizable ones as the whole-tone scale. The pitch materials are easy to grasp by ear because they are often stated in direct fashion (e.g., as a rising scalar line) and in short snippets that get repeated several times, quasi-ritualistically.

Variety in the vocal writing helps us keep the characters distinct without having constantly to refer to the libretto. Stacey Tappan is a high coloratura soprano, Sandra Piques Eddy is a meaty mezzo (renowned for her Carmen), Anthony Roth Costanzo is perhaps America’s best-known countertenor (most remarkable here when singing in a “straight” tone: that is, without vibrato), Matthew Worth is a light but eloquent baritone (though he frequently sings just slightly under, or occasionally just above, the pitch), and David Salsbery Fry is a gruff bass.

The roles they play come from the fertile imagination of librettist Jacobs, who blends elements of Hindu, Buddhist, and Judeo-Christian mythology into a fascinating mixture. Fry is the Master (an abbot or old monk), Worth is the Monk (a man in the full vigor of middle life), and Eddy the latter’s Wife. The Monk leaves his Wife to go on a spiritual journey. Along the way, he sees, in a vision: Wife has died giving birth amid much bleeding (shown onstage as red poppies).

Tappan and Costanzo play two mythological snakes. (“Naga” means snake or serpent-deity in various South Asian cultures.) The White Snake (Tappan) was once a fearless female warrior. The Green Snake (Costanzo) renounced his manhood to follow her, but Madame White Snake loves the Monk instead.

The two slithery creatures comment at various times on actions occurring onstage and on human propensities generally: “They live like there is no tomorrow / Yet worry and worry about tomorrow.” Various choral entities add yet more wise words, Celestial Voices declaring, “We see clearly only after the fact / We love dearly only after the loss.”

More drama comes when the Master tries to chop up the White Snake, at the urging of the Chorus, in order to provide food and medicine for the world’s population. This moment in the action is reminiscent of Baroque passion oratorios (the Jerusalem mob) and also of the Peking chorus’s cries for murder in Act 1 of Puccini’s Turandot. The libretto leaves carefully unclear whether the Master’s project is admirable or megalomaniacal. (I am reminded of Faust’s visionary engineering projects in Act 4 of Goethe’s Faust, part 2.)

The White Snake is saved by her beloved, the Monk, who now sees in her a soulmate. She sings her way off the stage, promising the Monk that she will return to him. But the Monk, in the course of saving the White Snake, has stabbed the Master to death. He apologizes. Curtain.

There is much else here, including a few words from Wagner’s Parsifal libretto and, from the book of Genesis, another trouble-making serpent plus God’s declaration that earthly woman will henceforth bear children in great labor and pain.

All of this is effectively supported by well-managed vocal lines and a colorful chamber ensemble. We frequently hear unusual timbres, such as English horn, saxophone, harp, vibraphone, tuned anvil, rattles (helpfully suggesting snakes), and rain stick. Some of the orchestral figures and motives remind me at times of other composers and works: Britten’s Peter Grimes, say, or Messiaen’s Turangalila. Wheeler has a keen sense of what is effective to the ear.

Wheeler sets the words quite naturally, though you will sometimes need to consult the libretto. A coloratura soprano voice singing in the stratosphere can be hard to understand, as can a children’s chorus (in William Blake verses about Love and the Self—profound words, once you know what they are).

Also, characters sometimes sing different texts simultaneously. A big plus: in such passages the words tend to repeat several times (again, somewhat ritualistically), so you may be able to “catch up” after a moment of confusion.

Another challenge comes from the qualities and limitations of the particular singers heard here. Several of them have a typical operatic or art-song vibrato. This tends to be acceptable when a singer is heard alone. (True, Costanzo’s—at this point in his career—can become an annoying slow throb, even in solos.) A bigger problem comes when several are singing at once: the pileup of pitches creates an aural haze that contrasts unpleasantly with the pinpoint accuracy and timbral exquisiteness of the instrumental backdrop.

It occurs to me that composers nowadays often write vocal parts that are too wide in range, making it nearly impossible for a singer to encompass both ends of the range comfortably. (The Monk here is powerful on top but weak in the role’s lowest notes. The Master, too, lacks resonance down low, though this may seem an element of characterization: he lacks the persuasive authority of a Sarastro.)

There are lovely lyrical moments, such as the trio (with children’s chorus) for the Monk and the two snakes at the end of Act 1 or the Monk’s song at the beginning of Act 2 (reminiscent, in words and music, of an Appalachian folk ballad). I think, though, that the booklet-essay by the renowned cultural historian Larry Wolff exaggerates in comparing Wheeler’s melodic gift to that of Leonard Bernstein or Stephen Sondheim. Nothing in this work (other than the Monk’s folk ballad, trimmed of its dramatic ending) could remotely become a pop song! Still, his enthusiasm is amply justified. This is a compact, engaging opera, with music that it is a pleasure to hear and characters one can become involved with. As Wagner’s Ring Cycle shows, mythical characters can feel as real and complex as human ones.

The work is available as a two-CD set (listed below but also can be streamed through YouTube (track by track) or Spotify and other services (as a continuous entity). If you’re listening online, you can download the CD booklet (which includes the complete and greatly intriguing libretto) here.

Naga left me thinking about life, love, doom, heroism, greed, self-sacrifice, idealism, delusion, and what makes a life worth living. It also made me eager to re-listen yet more times, sometimes with the libretto, sometimes following just by ear.

And I hope, when Covid-19 is over, to see some of Wheeler’s works on stage, perhaps in a small hall with young singers whose tones are steady. I’m glad to have discovered this inventive, communicative composer—however belatedly.

Ralph P. Locke is emeritus professor of musicology at the University of Rochester’s Eastman School of Music. Six of his articles have won the ASCAP-Deems Taylor Award for excellence in writing about music. His most recent two books are Musical Exoticism: Images and Reflections and Music and the Exotic from the Renaissance to Mozart (both Cambridge University Press). Both are now available in paperback; the second, also as an e-book. Ralph Locke also contributes to American Record Guide and to the online arts-magazines New York Arts, Opera Today, and The Boston Musical Intelligencer. His articles have appeared in major scholarly journals, in Oxford Music Online (Grove Dictionary), and in the program books of major opera houses, e.g., Santa Fe (New Mexico), Wexford (Ireland), Glyndebourne, Covent Garden, and the Bavarian State Opera (Munich). The present review first appeared in American Record Guide and appears here with kind permission. A short excerpt appeared in The Arts Fuse.

Comments Off on “Snake” Released on CD