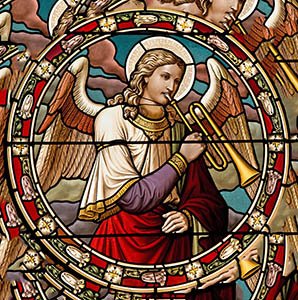 In the slow and careful return to live music, some of the Boston area’s long-standing summer organ recital series are leading the way.

The Methuen Memorial Music Hall (www.mmmh.org) did an admirable job of pivoting last spring to live-streaming, as the trustees of the hall were able to install suitable equipment; they racked up thousands of views on their YouTube channel. You can still watch all of last season, as well as the current one HERE.

Even before you get to hear any music, just seeing the spectacular hall is well worth the journey to the old mill town near the New Hampshire border,. MMMH is celebrating the 75th-anniversary season [read recent BMInt feature HERE] of summer recitals this year, following the 1946 acquisition and incorporation of the organ and building. The Great Organ, originally built by the E.F. Walcker firm of Ludwigsburg, Germany, for the Boston Music Hall and dedicated in 1863, was removed to make room on the stage for the new Boston Symphony Orchestra, and was kept in storage until the Methuen hall was dedicated in 1909, thanks to local philanthropist and organ lover Edward Searles. Read more about the fascinating history of the Great Organ at mmmh.org.

The Old West Organ Society (www.OldWestOrganSociety.org) will host an abbreviated summer recital series every Tuesday in August at 8 pm. A few of the Society board members kick things off and hope to entice you back to attending live music. Old West Church has done away with traditional pews in recent years, so with individual and quite comfortable chairs, it will be easy to spread around the space for your personal comfort level in terms of social distancing.

2021 marks the 50th anniversary of C.B. Fisk Opus 55, another landmark instrument in the Boston area. New England Conservatory organ professor Yuko Hayashi oversaw the founding of the Organ Society shortly after the installation in order to help the church maintain and promote it. Thanks to their work, the very well-situated instrument continues to share its warm but articulate tones.

If you are feeling adventurous and yearning to head even farther afield, Portland ME municipal organist James Kennerley opens the Kotzschmar organ season on August 21st (www.foko.org). This gigantic municipal organ packs a symphonic wallop.

Closer to home, King’s Chapel’s noon hour recitals (www.kings-chapel.org) resume on September 21st  with a bit more variety in the instrumentation in addition to the organ; early music Ensemble Chaconne will kick off the fall series.