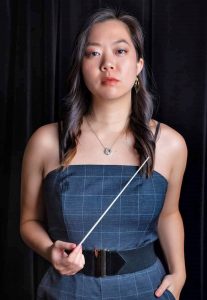 So as not to bury my lede, let me point you HERE for the announcement of the inaugural concert of a new Boston summer orchestra.

Summer classical music festivals bring heightened expectations for something different. Maybe it’s the pressing heat, or the later-setting sun, or that unrestrained summer feeling that makes you want to jump in the ocean and have a mimosa with your mid-morning omelet. Classical musicians everywhere rejoice at the prospect of kicking back, making music with friends, and bringing a community together through the performing arts.

Though densely populated with classical ensembles from September to May, Boston features surprisingly little summer music. The Boston Symphony Orchestra, for example, migrates to Tanglewood in the Berkshires for a few months, while those of us sticking around Boston proper continue to look for that memorable summer night entertainment. The same goes for Boston’s exceptional classical music professionals, who often find themselves in a summer slump when it comes to steady employment.

It was in a coffee shop in Somerville during the Fall of 2019 that Nicholas Brown and I started reminiscing about all of these things, wondering why Boston didn’t have a local summer festival orchestra of its own. Both freshly graduated from the New England Conservatory, we were brimming with ambition and a passion for our craft (Nicholas as a clarinetist and myself as a conductor and violinist). The timing seemed right, and the mission was clear: to perform at the highest caliber of artistic performance with relevant, venerable programming in order to enrich the summer community of Boston. And so, the Boston Festival Orchestra was born.

This year, the BFO will bring approximately 60 top players for three concerts across the month of July to the Huntington Theatre Company’s 400-seat Calderwood Pavilion at the Boston Center for the Arts (BCA) in the heart of Boston’s South End. Members of the BFO include: Jae Cosmos Lee (Concertmaster), a member of A Far Cry and concertmaster of the Cape Symphony; Allison Parramore (Principal Flute), flutist in the Cayuga Chamber Orchestra and Phoenix; Naho Zhu (Principal Bassoon), who is Principal in the Landmarks Orchestra and frequently plays with the Boston Symphony; and Michael Weinfield-Zell (percussion), regular performer with the Boston Modern Orchestra Project and the Portland Symphony.

Programming ranges from classics like Beethoven’s Overture to the Creatures of Prometheus and Mozart’s Symphony No. 29 in A Major, to more adventurous works by composers such as Alberto Ginastera and Sergei Prokofiev. Contemporary works also find a place in Season One with modern compositions by Carlos Simon and Dobrinka Tabakova. Simon is a native of Atlanta, professor of composition at Georgetown University, and a recipient of the 2021 Sphinx Medal of Excellence. His Warmth From Other Suns (2020), featured in the July 17 concert, is inspired by a novel by Isabel Wilkerson that depicts the Great Migration of the 20th century where many African Americans fled the South and Jim Crow laws. Tabakova, a British/Bulgarian composer, has an impressive career across Europe that includes numerous awards and performances by major musical organizations. Her Fantasy Homage to Schubert (2013), featured on the July 31st concert, is a textural journey that begins in murky harmonies and ends with a touching nod to Schubert’s Fantasy in C Major for violin and piano.

The second concert on July 24th, “Elemental”, offers a unique opportunity for the BFO to perform without the safety net of a conductor. While the winds attempt the daunting feat that is Strauss’s Serenade No. 1 in F for 16 Winds, the second half of the concert harnesses the power of the strings with the flashy and seductive Four Seasons of Buenos Aires by Astor Piazzolla, featuring BFO Artistic Director and Conductor Alyssa Wang as violin soloist. In addition to her role as conductor, Alyssa is the violinist in Hub New Music, and has played with numerous local ensembles, such as Boston Modern Orchestra Project, A Far Cry, and the Cape Symphony.

It wasn’t a steady journey to get here. Only one month after we publicly announced the genesis of the BFO, the Covid-19 pandemic shut down the entire performing arts industry, cancelling our July 2020 inaugural season and throwing many professional musicians into limbo. We adapted by pivoting to a free virtual chamber music series that presented works performed by BFO musicians in a unique talk-show style format. We filmed and aired five of them beginning in January 2021 and ending in May 2021, reaching over 1,700 online.

Since then we have been preparing for a nearly normal live Season One, a daunting process that includes everything from printing and renting parts, working with the Calderwood Pavilion to adapt to changing Covid-19 safety protocols, and of course, fundraising; our enterprise is supported almost entirely by individual donations from our growing community. In addition to all of this, I’ve been score studying like I’m about to take the LSAT, and Nicholas has been hard at work prepping the Mozart Clarinet Concerto, which he’ll perform in the third week concert along with his role as Principal Clarinet. The good news, and what we’ve been telling each other when we balk at the amount of work there is to do, is that if we can do it this year, we can do it any year.

If there is one thing I have learned this past year, it is that we as musicians are nothing without people to listen. We hope that you can attend our three Season One concerts on July 17, 24, and 31 at 7:30pm at the Calderwood Pavilion at the BCA. It will be the culmination of a long journey full of passionate, grassroots work. And we’re just getting started.

Mozart: Symphony No. 29 in A Major
Carlos Simon: Warmth From Other Suns
Alberto Ginastera: Variaciones Concertantes