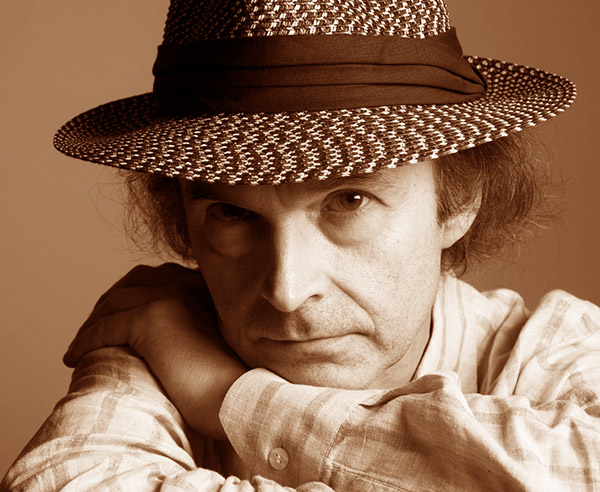 Foundation for Chinese Performing Arts presented pianist Marc Ponthus at the Gardner Museum Saturday evening in a special celebration of Russell Sherman’s 91st birthday. An audience, small in number on account of the Coronavirus, witnessed monuments of Ludwig van Beethoven, his Piano Sonata no. 29 in B-flat Major, op. 106, (“Hammerklavier”), and Karlheinz Stockhausen, his Klavierstück X.

A pioneer of the “monographic solo piano recital”, performing works of 20th-century avantgarde composers, Ponthus made the Stockhausen profound and the Beethoven confounding.

The monkish pianist spoke of revered Russel Sherman as one who does not seek confirmation from others, instead choosing to go it on his own. Ponthus also spoke of ethics, morals, and aesthetics, and the need to establish critical theories of performance.

Beethoven: “What is difficult is also beautiful, good, great and so forth.”

Stockhausen speaking of artists: “…and then a very few who had visionary power….”

Not surprisingly, much of what has been written about these two testaments has concentrated on musical structure. More of such instructive program notes by Dr. Jannie Burdeti can be found HERE.

Imagining musical structures and an instrument’s potential, both Beethoven and Stockhausen undertook consciously and intensely, with one of the consequences being new and extreme demands on the performer—and listener. Imagine, as a listener, how many sounds, structures, functions or meanings are contained in some 40 minutes of Beethoven and some 20 of Stockhausen.

“Hammerklavier” might have sounded better were there more bodies in the room. Only 80 were allowed to attend. The Steinway’s treble was all too bright, the hammer to the string all to evident too much of the time. What was Ponthus, also a composer, thinking? Program notes, I am wondering now, might have been helpful to include the ideas of the performer as well as those of the composer, particularly in a work such as this.  As it happened, this monument turned percussive, grey-hued.

I first heard Klavierstück X in the early ’60s at one of Pierre Boulez’s Domaine Musicale concerts in Paris. At the time, the fingerless gloves and talcum powder seemed comical and the oeuvre unfathomable. With only the cutout gloves and with no score Marc Ponthus sat at the piano in Calderwood Hall as if in meditation throughout this staggering feat. Fingers fleeted across, or silently depressed, the keys, palms slid in all directions, forearms, one, two at a time, met the keyboard, the pedals were all in play. No noise, no clatter. Music like no other, or was it?

Seeing through it all as if gazing at an abstract canvas, a sense of music’s past could actually be made out, however shadowy. This, especially through the rhythmic/gestural lens. A look at Stockhausen’s score, however, would suggest otherwise. How much of this surprising bond was in the hands of Ponthus? His richly colored keyboard note-clusters drawn first in disorder, gradually shifted course into order. No closed eyes. Not even during the silences, some of them long. One had to watch this pianist as well as listen. Silences, intended to isolate structures of order, also proved how valuable they are as contrast, relief, a time of reflection.

In his tribute to Russell Sherman, Ponthus noted how the pianist had, for him, created indelible performances. That very comment could be made of Marc Ponthus’ own extraordinary, otherworldly performance of Klavierstück X at the Gardner Museum.

On his way out of Calderwood, he bore a most peaceful, angelic expression.

David Patterson, Professor of Music and former Chair of the Performing Arts Department at UMass Boston, was recipient of a Fulbright Scholar Award and the Chancellor’s Distinction in Teaching Award. He studied with Nadia Boulanger and Olivier Messiaen in Paris and holds a PhD from Harvard University. He is the author of 20 Little Piano Pieces from Around theWorld (G. Schirmer).  www.notescape.net