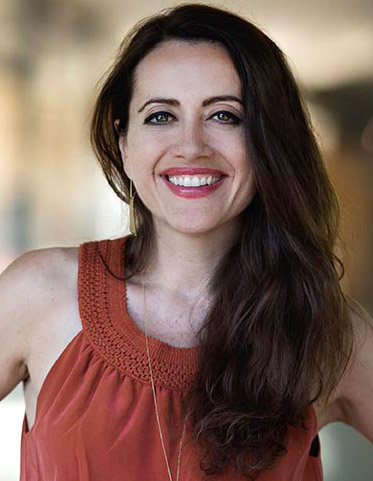 It is probably completely unsurprising for a reviewer to assert, at the outset of a critique of a Handel program presented by Amanda Forsythe and the Boston Early Music Festival Chamber Ensemble that Ms. Forsythe sang gloriously and ravishingly and that the BEMF Chamber Ensemble played with expressive and technical brilliance that supported and enriched the whole.

With one exception, the program focused entirely on Handel, and most of that to a very early part of his career, the three years that he spent in Italy as a very young man (roughly 21 to 24), where he learned and thoroughly absorbed the sheer vocality of so much Italian music and the theatrical vividness of the cantatas—especially those featuring women as principal singers and protagonists, because Handel so effectively captured the emotional high and lowpoints of characters who were almost always women undergoing torments and miseries. (Ellen Harris, who gave the recorded pre-concert lecture, is one of the world’s leading specialists on precisely this aspect of Handel’s work, and made the very interesting observation that, when the cantata texts call for a woman, the story is always presented in the first person, with the singer taking on a role that is essentially operatic, lacking costumes and sets, but thoroughly expressive in its range of emotions, whereas cantatas for male singers are presented in the third person, with the singer narrating some other personage’s experiences, and therefore less overtly “dramatic.”

The one exception to the all-Handel plan came in trio sonata by Corelli (Opus 3, No. 2), which served primarily to give the singer a necessary vocal rest after the long and cantata depicting Nero’s mother Agrippina being conducted to her death. But of course, it also recalled the fact that Corelli was in Rome when Handel was there and surely exercised a singular influence on his writing for string ensembles. The second instrumental break for the singer was a splendid Handel trio sonata in F, HWV 392. It is especially appropriate for this program both from its date of composition, but also from its demonstration of Handel’s lifelong practice of reusing good musical ideas in a later score. (After all, no one had recordings of the pieces then, so they only way listeners might hear some after its first performance was by hearing a performance in a reused version.

In both these works, the two violinist of the trio sonatas offered wonderfully matched sonorities and expressive flair. But, then, throughout the vigorous, lamenting, dreamily romantic, and angry moods that the chamber ensemble was called upon to employ in supporting the singer, they express the affects of the cantatas just as dramatically as the singer did.

Amanda Forsythe presented herself in the first half of the concert as Nero’s mother, who, in the end, finds death at the hands of her son. But she is a woman of violent and rapidly-chanting passions, which gives a singer every opportunity to express terror, anger, vengeance, hopelessness, and more, finally calling down death upon herself, with a recitative dying away. Handel creates brilliant outburst of rapid fioriture for the changing moods. The soprano’s vocal brilliance and verbal clarity carry the listener along to the dark ending.

Two shorter arias from Handel’s Roman cantata repertory represented further examples of the solo aria for soprano. Col partir la bella Clori is from a cantata with just a continue accompaniment, though Stephen Stubbs chose to add two violin parts. He also edited a new (and complete) version of Sarei troppo felice (I would be very happy), whose poem was written by Handel’s patron Benedetto Pamphili. Two arias, each preceded by a bit of recitative to set the scene in which the singer tries to “give law” to her thoughts, and to control her feelings.

The longer closing cantata deals with the sorceress Armida from Tasso’s epic Jerusalem Delivered who encircles the Christian knight Rinaldo and holds him in her magic garden, but two friends help him to escape and recall him to his duty, so he sails off to liberate Jerusalem. When he sails away, she calls upon her powers to have sea monsters and storms to destroy him and his ship. Finally, though, she pleads for the cure of ceasing to love him. Once again, the instrumental ensemble creates the storm affections that reflect Armida’s own torments. Here, as with Agrippina, through for different reasons, Amanda Forsythe calls down the great powers of destruction on a man, with strong emotion captured in the arias, only to call, in the end to be spared from her torment.

This was a remarkable hour experiencing the powerful imagination of the youthful Handel, starting on the path that would create so many vivid characters, and projecting them with fully satisfying precision and warmth in the streaming concert.

Comments Off on Handel as Orpheus