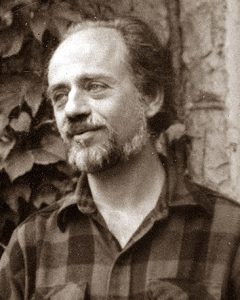 The Brandeis Music Department has sent a statement which BMInt reprints here.

Martin Boykan, a world-renowned composer, inspirational teacher, published author and prodigious performer, died peacefully at his home on March 6th at the age of 89, leaving his wife, Susan Schwalb, and his niece Ina Pour El and her family. His funeral took place in New York City on March 8, 2021.

Born in 1931, Boykan studied composition with Walter Piston, Aaron Copland and Paul Hindemith, and piano with Eduard Steuermann. He received a BA from Harvard University, 1951, and an MM from Yale University, 1953. In 1953–55 he was in Vienna on a Fulbright Fellowship, and upon his return founded the Brandeis Chamber Ensemble whose other members included Robert Koff (Juilliard Quartet), Nancy Cirillo (Wellesley), Eugene Lehner (Kolisch Quartet) and Madeline Foley (Marlborough Festival). This ensemble performed widely with a repertory divided equally between contemporary music and the tradition. At the same time Boykan appeared regularly as a pianist with soloists such as Joseph Silverstein and Jan de Gaetani. In 1964–65, he was the pianist with the Boston Symphony Orchestra.

Boykan taught at Brandeis University from 1957 until his retirement in 2009, after which he served as the Irving G. Fine Professor of Music, emeritus. He has been Composer in Residence at the Composers’ Conference, Maurice Abravanel Distinguished Visiting Composer at the University of Utah, Visiting Professor at Columbia University, New York University and Bar Ilan University and has lectured widely in institutions such as Harvard, Yale, Princeton and The American Academy in Berlin. Over the years he has taught many hundreds of students including such well known composers as Steve Mackey, Peter Lieberson, Marjorie Merryman and Ross Bauer.

He received the Jeunesse Musicales award for his String Quartet No.1 in 1967 and the League ISCM award for Elegy in 1982. Other awards include a Rockefeller grant, NEA award, Guggenheim Fellowship, a Fulbright, as well as a recording award and the Walter Hinrichsen Publication Award from the American Academy of Arts and Letters. In 1994, he was awarded a Senior Fulbright to Israel. He has received numerous commissions from chamber ensembles as well as commissions from the Koussevitzky Foundation in the Library of Congress and the Fromm Foundation. In 2011, Boykan was elected to the American Academy of Arts and Letters, New York.

Boykan has written for a wide variety of instrumental combinations including four string quartets, a concerto for large ensemble, many trios, duos and solo works, song cycles for voice and piano as well as instrumental ensembles and choral music. His symphony for orchestra and baritone solo was premiered by the Utah Symphony in 1993, and his concerto for violin and orchestra was premiered by Curtis Macomber in 2008 with the Boston Modern Orchestra Project (BMOP). His work is widely performed and has been presented by almost all of the current new music ensembles including the Boston Symphony Chamber Players, The New York New Music Ensemble, Speculum Musicae, the League ISCM, Earplay, Musica Viva and Collage New Music.

Of Marty’s impact on Brandeis, composer and colleague Eric Chasalow writes, “The 1950s were still early days for Brandeis, and Marty was important to the development of the music department, along with those musicians most often identified in that role, such as Irving Fine and Leonard Bernstein. Marty’s amazing musicianship and intellect were part of the reason that Brandeis quickly emerged as one of the best places to study music and remains so to this day. I remember Milton Babbitt telling me only a few years before he died that Brandeis was then one of the very few remaining schools with a truly serious commitment to the study of music. If that is indeed true, it is in no small measure due to Marty’s influence. That is his legacy, and we will miss him terribly.”