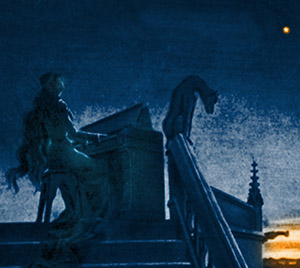 BMInt: We gather that you have been depositing rediscoveries from your moldy archives onto YouTube to share of some interesting material that might not otherwise emerge from obscurity…undeserved, from what we have heard in the case of your mastertape of a cassette-only release from 1978.

FLE: The foundational story to my production of “Harmonium and Company” goes back several decades to my moderate case of arrested-development-organ-nut syndrome. After a very brief stint with organ builder Charles Fisk, I began to accumulate organ parts, including at least one, complete 35-rank instrument; and I almost took a misguided first step to lease a very large disused power plant as my private concert hall.

Somehow, I came to my senses before dipping into principal. That meant selling and/or abandoning tons of useless accumulated paraphernalia…save for a four-stop partially self-built baroque positive set up in my livingroom.

I bet that sounded pretty bad.

It sounded completely boring by itself, and as I had a fine 1892 Mason in the room,  I researched the repertoire for piano and organ duet, learning in the process, that most such examples were for harmonium and piano. The positive did a poor job of deputizing for the harmonium, aka orgue expressif, incapable as it was of achieving any of the expression markings in the scores. So, in order to make a case for what looked like some interesting forgotten repertoire, a bought Mustel model 3A which UCLA had acquired in 1934, perhaps for recent arrival Arnold Schoenberg, who had included it in several chamber works.

I gather that the squeak box has a surprisingly large repertoire.

Yes, large if uneven; it includes Cesar Franck’s L’Organist, a nearly completed Well Tempered Clavier of 59 short church pieces in all the keys, and arguably the first 12-tone works—Josef Matthias Hauer claimed to have beaten Schönberg to the draw. Dvořák’s Bagatelles for string trio and harmonium and Rossini’s Petite Messe Solenelle for two pianos, harmonium and 13 voices “of the three sexes” raise the instrument to its high-water mark. And there are some very nice chamber arrangements of Mahler that employ the Kunst Harmonium, as the Germans call it, as ensemble glue.

Tell us about your Mustel. Apparently you have lent it often to some major presenters over the years.

My so called orgue expressif represents the final development of Debain’s Harmonicorde, and it incorporates his percussion stop, so named because hammers struck one set of its 494 reeds to permit prompt speech. The French harmonium works on pressure wind and is capable of variable dynamic expression and attack; the American reed organ, by contrast, works on suction wind and is limited dynamically. Alphonse Mustel’s Ecole devoted 50 pages to pumping the instrument evenly and expressively; he referred to it as “the art of blowing.”

It sounds like a difficult way to achieve satisfaction in sound.

Every organist I had auditioned had stumbled over the footwork until James David Christie climbed aboard. Not only did he subsequently star in my undersold production in Sanders’s Theater of Rossini’s Messa Buffa with Boston Cecilia Chamber Singers [see Globe review and Globe pre-concert feature], he also participated in the recording I am now sharing via YouTube.

As an unbiased reviewer, I can testify that “Harmonium and Company” provides 45 minutes of companionship among harmonium, piano, violin, and cello, almost always avoiding the gushing, precious, and hackneyed, while often achieving astonishing levels of drive and engagement.

BTW— This sounds like one of your mock interviews, as well as a buried lede. 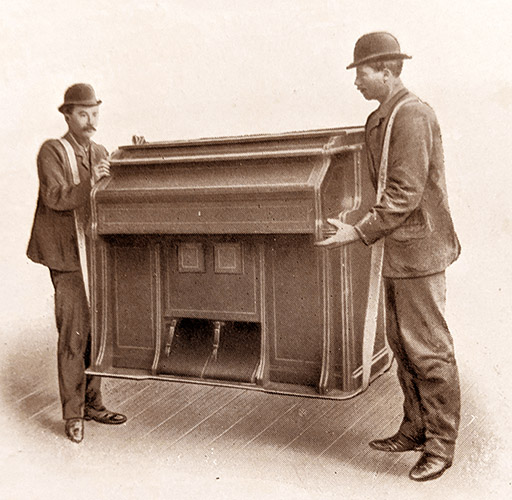 Comments Off on French Harmonium Romps with Piano and Strings