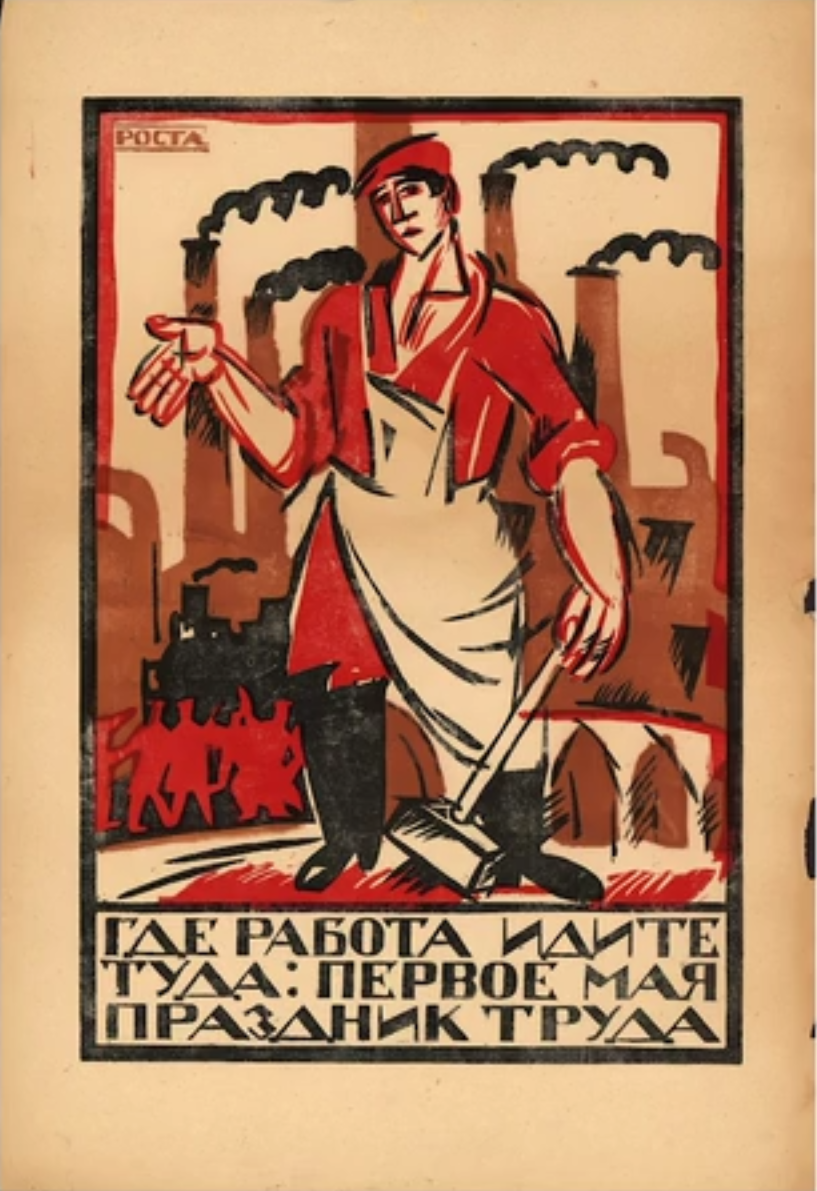 For its third and final “BSO Now” somewhat live webcast (can’t exactly call it “live” or “streamed,” since these were performed weeks or months ago in multiple takes), the Boston Symphony, under Music Director Andris Nelsons, in his only appearance on this “Between the Wars” sub-series (though he led three in the set “BSO Now: The Spirit of Beethoven”), wrapped up its exploration of music of the period between the two World Wars. This installment (released Thursday, running through April) features Russian or Russian-born composers Stravinsky, Shostakovich, and Eda Rapoport (born in Latvia, then part of the Russian Empire). As much as in Berlin and Paris, the foci of the two previous programs, cultural, artistic and political ferment characterized the period, especially in the wake of the Russian Revolution and the establishment of the Soviet Union. While Stravinsky fled the chaos, expropriation, and repression of the brave new world for the relative tranquility of Paris, Shostakovich drank deeply of the frothy brew in Russia to become, at least for a time, the darling of the Soviet smart set.

Stravinsky’s Symphonies of Wind Instruments, which he began writing as early as 1919 and completed in 1920, was prompted by a call from La revue musicale for memorial works for Claude Debussy, who had died in 1918. For this project Stravinsky intended what became the final chorale section of the Symphonies. If you’ll pardon the slight digression, it must be stressed that the Symphonies is not a symphony and shouldn’t be counted with the composer’s four works that are, Stravinsky using the term in his characteristically precise way to refer to the “homogeneous” grouping of instruments—scare quotes intended to reflect the fact that winds and brass are probably the second most sonically heterogenous grouping of instruments on the musical staves. Scored for 24 players, the whole piece was premiered by Serge Koussevitzky and his ensemble in London in 1921. Stravinsky tinkered with it a bit to produce a revision in 1947 (in good measure to keep his copyright from expiring), which is the version almost universally used now—the BSO has only performed the 1920 version once, at Tanglewood in 1951.

In the 1930s Stravinsky referred to Symphonies as an austere, ritualistic piece, one that he didn’t expect to achieve any great popularity. Many consider it the opening salvo of his Neoclassical period (our colleague Robert Kirzinger’s essay on the subject quibbles with this assessment and relates it more to earlier pieces). Our own prior experiences of it left an impression that chimes with what Stravinsky said; the wind sonorities produce a cold, forbidding, somewhat stilted aspect similar to that of the Octet from a few years later. Imagine our surprise, then, when the BSO came across with warm, sensual mellowness, with much more of the qualities we associate with Stravinsky in the 1940s. The orchestra accomplished this without any compromise from Nelsons in the precision of the phrasing and tempi. Though Nelsons seemed a little on the expansive side based, admittedly, on long-ago recollection, he delivered, altogether, an excellent performance.

What would be the finale in a normal symphony concert came next, with Nelsons leading a chill, tight reading of Shostakovich’s Symphony No. 1 in F Minor, op. 10 (1925). In our antediluvian days in college, one of our most distinguished music professors called the Ives First and the Shostakovich First the two most brilliant student symphonies ever. Since the Ives First did not debut until more than 60 years after its composition, it should be no surprise to learn of the éclat which Shostakovich 1 and its 19-year-old composer received upon its 1926 premiere. We first encountered it in a set of, can you believe, 78s with Stokowski and the Philadelphia Orchestra (no, we didn’t buy them new, but it was long enough ago that the household hi-fi (sic) phonograph could play them). Its cheeky eccentricity, bravura, and odd mix of hijinks and seeming tragedy, made it a favorite.

Following the near* completion of Nelsons’s multi-year Shostakovich cycle, in this iteration he seemed to be trying to square the circle by a) finding a narrative thread through the cinematic cross-cuts of the composer’s fits and starts of melodies and sections, while at the same time and b) focusing on all the lovely solo bits, of which there are quite a few. All the usual suspects (i.e. the section leaders) put in wonderful innings. The popping scherzo second movement, with its disjointed atonal clarinet tune that finally combs its hair into an acceptable A minor, came to these ears on the subdued side but tautly controlled. One of the few benefits of these online productions with dozens of microphones and careful mixing, is that, if you listen with a good pair of headphones, you can pick up tiny wisps of sound that could get lost to a denizen of the big hall; the drum and cello snatches that end this movement often go unheard.

The third movement opens with an eloquent yet meandering theme in the oboe—props to John Ferrillo here and in many similar passages throughout—and builds securely to a great climax on a military-like phrase that is later transformed into the second, funereal theme of this movement, with echoes in the finale. The dynamics here were truly superb: Nelsons developed them better than we think we’ve ever heard. The otherwise excellent written commentary on this symphony by Harlow Robinson does not adequately convey just how much slow music there is in the supposedly Allegro molto finale, from its very long slow introduction (arising straight from the previous slow movement) to its many longueurs in the development section. It in fact provided one of the reasons that the older understanding of this work emphasized its role as parody: if Prokofiev’s Classical symphony was a Modernist spoof of Haydn, then this one can be read as a spoof of the Romantic ideal symphony. Nelsons luxuriated in these pauses and dilations; he waited an extravagant time to cue the tympani for their unique melodic contribution of the minor third scalar motif inverted from the third movement. Idiosyncratic as it might have been, this rendition gave us another stellar display of Nelsons’s mastery of the Shostakovich canon. 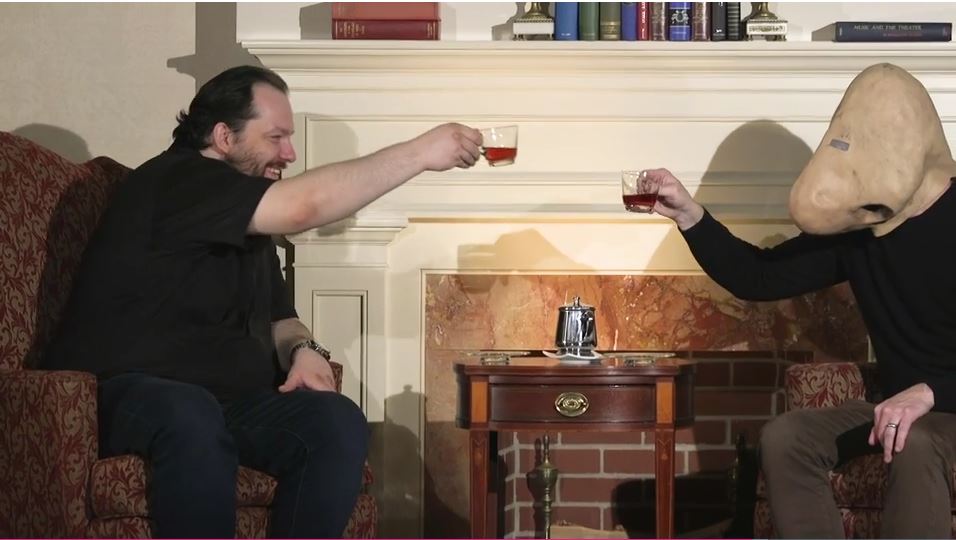 After an “intermission feature” on Soviet modernism (quite good) spotlighting Shostakovich’s first opera, The Nose, the orchestra took up Shostakovich the Imp again with his herky-jerky lounge-band arrangement of Vincent Youmans’s “Tea for Two” under the sobriquet “Tahiti Trot” (which, thanks to Professor Robinson, we now know was the name generally given to it in the Soviet Union to avoid unnecessary entanglement with decadent bouge society). Supposedly scored on a bet in the period of 45 minutes, it’s delicious, and likewise deliciously performed.

These on-demand programs usually have concluded with a chamber work; this time the chamber-closer explored a long-neglected work by a long-neglected composer, Eda Rapoport (née Rothstein), born as mentioned in Nelsons’s native Latvia and who emigrated to the US before the turn of the 20th century. After her marriage to anesthesiologist Boris Rapoport, the couple moved from New York to Boston, where Eda reputedly studied with Walter Piston and Arnold Schoenberg. That makes her an outlier in the theme of the series, in that she wasn’t actually part of the European interwar scene, though through Boulanger-trained Piston and Schoenberg himself (who was only in Boston for one year), could be said to be part of it at a remove. In any event a significant minority of her oeuvre (you can look up a representative listing of it here) reflects her Jewish background, but the Poem for viola and piano, which BSO section violist Michael Zaretsky and pianist Randall Hodgkinson essayed, conveyed at most an abstracted folklike modality. Its viola tunes and frequently oddly disjoint piano accompaniments disclosed subtle development and left one discomfited without really knowing why.

All three installments of BSO Now: Between the Wars can be seen be HERE. You will be prompted to set up an account if you are unrecognized.

*Per alert reader Karen Wilcox: Symphonies #3 and #13, both with chorus, along with “Lady Macbeth of Mtsenk” have yet to be performed.