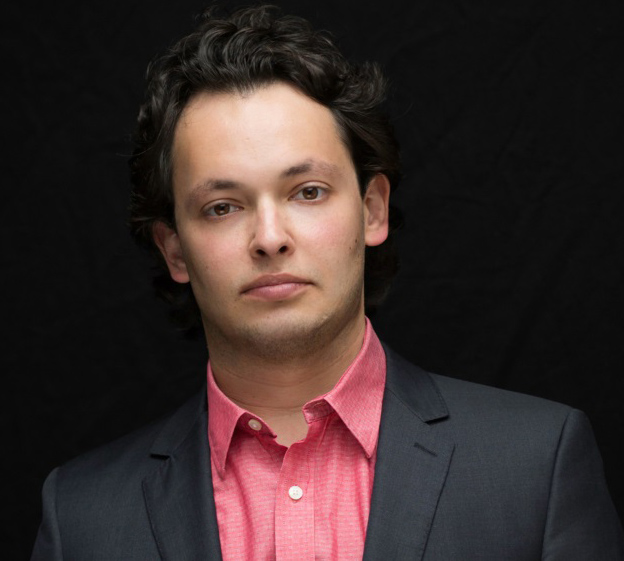 Yevgeny Kutik’s “Finding Home: Music from a Suitcase” is a five-part docu-recital series filmed at Shalin Liu in Rockport, Massachusetts. The series is based on his 2014 album of Russian miniatures the violinist found in his family’s suitcase when they immigrated to the United States from Belarus.

In this, his fourth docu-recital, the 35-year-old Bostonian Kutik pays tribute to his first teacher Russian violinist and teacher Zinaida Gilels. After falling ill, she guided her young student to another Russian violinist and teacher, well-known to Boston, Roman Totenberg.  At first, Totenberg refused to give Kutik lessons, but later, succumbing to his mother’s acknowledged resolve, accepted the young Belarussian.

In the Prokofiev, structural signals gave way to an evened surface. For Prokofiev’s fast-paced harmonic designs such an evening brought about unusual lucidity. In the Milhaud, the duo concertized boldly in big embracing sounds showing extraordinary instrumental accomplishment and precision in every measure.

In his program of Prokofiev and Milhaud—at first glance a seemingly odd couple—we learned that Totenberg and French composer Darius Milhaud were close friends. Furthermore, Kutik had studied Milhaud’s Le boeuf sur le toit with his revered mentor at Boston University. Having never heard Totenberg perform the work, I wondered how much the esteemed violinist-teacher influenced or even shaped Kutik’s rendering of the violin-piano setting, Cinéma-fantaisie, which Milhaud originally intended for a silent Chaplin film.

As the docu-recital went on, curiosity peaked. How much is there of his teacher in Kutik’s iteration of Prokofiev’s Sonata No. 2 Op. 94a. He had mentioned Totenberg’s memories of growing up in 20th century Russia.  Now, thinking back on Kutik’s tribute to these two teachers, I wondered how other online listeners might also have wanted to have heard more about these connections, and imagined that some former students of Totenberg might have offered some insight.

While the opening Moderato of Prokofiev’s violin second sonata can tug at the heartstrings, Kutik and Polonsky instead proposed less than intimate emotional involvement. They shadowed Prokofiev’s march-leaning passages appearing more as observers.

A remarkable seriousness rang out in Shalin Liu hall captured through the lens of Director of Photography Jason La Chapelle with additional photography of Griffen Harrington.

It was straight-ahead determination carrying the Scherzo whose close came as sudden stop. The Andante touched upon loveliness, the overall direction of the movement not always apparent. Accents in the Allegro con brio arrived uniformly.

An old Brazilian tango, “The Ox on the Roof,” along with some 30 choros or tunes, are quoted in Milhaud’s Le Boeuf sur le Toit.  Rhythmic roominess by way of dance and noisy celebration by way of the composer’s polytonal writing have invited interpretation, placing listeners in Rio. For Kutik and Polonsky, perhaps it was their teachers who may have pointed in another direction, the concert hall.

One can view the final installment beginning on March 11th HERE.

Comments Off on Unlocking the Suitcase