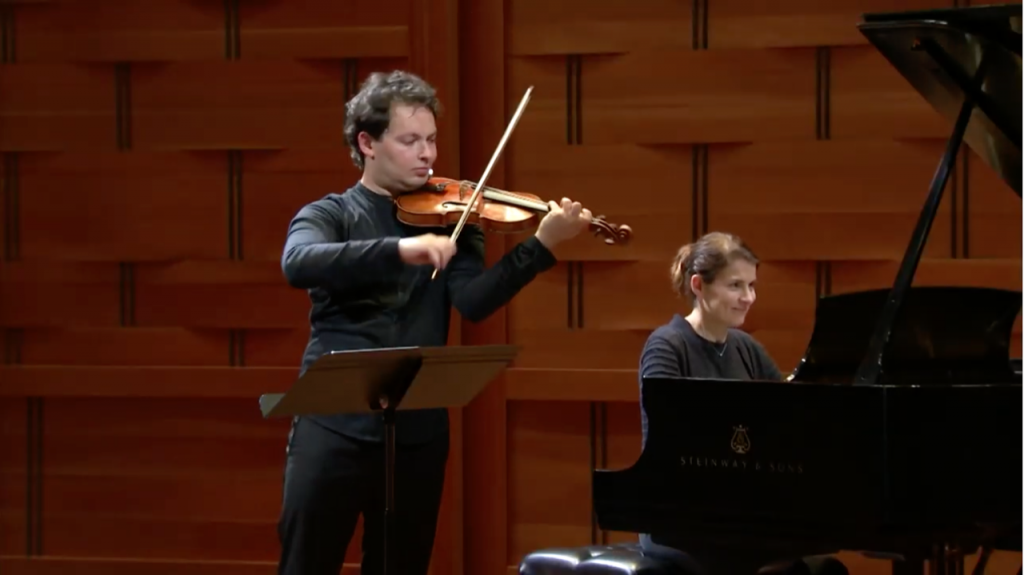 Violinist Yevgeny Kutik premiered “The Fifth Line,” the first episode of his five-part series Finding Home: Music From the Suitcase in Concert, which BMInt previewed HERE. Taking the theme from his 2014 CD Music from the Suitcase into Rockport’s Shalin Liu Center, Kutik shared his personal look into 20th-century Russian repertoire.

A native of Minsk in modern-day Belarus, Kutik emigrated to the United States with his family as refugees. During the move, his mother, a violin teacher, hurriedly packed a suitcase with sheet music. Those scores formed the basis for Kutik’s CD. However, this concert departed far from an album recital. Of the three works on the program, only the last, the Divertimento from Stravinsky’s Le Baiser de la Fée, is on the CD.

Kutik took the “fifth line” on Soviet passports, which detailed the holder’s ethnicity, as the starting point for his first episode. In his words, the focus on ethnicity was used to “reinforce discrimination against minorities,” especially in case of Kutik’s family, who were designated “Jewish,” rather than Russian. A crackdown on minority religion forced Kutik’s ancestors to practice their faith in secret and face severely limited opportunities.

Although he spared viewers the most gruesome details, Kutik was upfront about his family’s loss in brief remarks between each work. Several of his relatives died fighting for the Soviet Union during World War II, but the “mark of Jewishness remained” and Kutik’s mother was removed from her position as a violin instructor at the Minsk Conservatory because the Jewish quota was filled. Kutik only has faint memories of his time in the Soviet Union, but it was “lonely and humiliating.” Soon his family had enough of the daily affronts and fled with only what they could carry.

Later episodes will consider Kutik’s time in the United States, but he began the series with music from Russia and the Soviet Union. Joseph Achron’s short Hebrew Melody, first published in 1911, was a fitting start. As an early member of the influential St. Petersburg Society for Jewish Folk Music, Achron was dedicated to finding a distinct Jewish voice in classical music. Hebrew Melody was his first attempt and comparisons with Max Bruch and Ernest Bloch are almost unavoidable. Achron takes a cadenza-like approach to the melody that highlights the skill of any performer, especially the work’s original champion, Jascha Heifetz. Kutik played with appropriate verve, his powerful style well-suited to the intensity of Achron’s writing. Eventually, like his friend and colleague Arnold Schoenberg as well as Kutik, Achron left Russia for the United States.

The Allegretto movement of Shostakovich’s Violin Sonata in G Major, Op. 134 provided even more intensity. Composed in 1968, late in Shostakovich’s life after he was diagnosed with polio, the work was dedicated to and premiered by David Oistrakh. This movement was recognizably Shostakovich, with signature textures throughout. The physicality of both performers was fitting for the forceful chords superimposed against chromatic piano motives. Unlike in many of his earlier works, Shostakovich here is uncompromising and there is no respite from the virtuosic technique required as the movement hurtles toward its sudden ending.

Kutik finished the program with the four-movement Divertimento from Stravinsky’s Le baiser de la fée (The Fairy’s Kiss). Based on a short story by Hans Christian Andersen, The Fairy’s Kiss was completed in 1928, two years before Stravinsky’s influential Symphony of Psalms. The Divertimento is an orchestral suite taken by the composer from the first three scenes of his ballet, in turn arranged for violin and piano by another Jewish émigré, Samuel Dushkin.

The first movement, “Sinfonia,” starts with a beautiful melody and arpeggiated figures traded between the two instruments before moving into an almost-Shostakovichian take on the chase between mother and spirits that begins Andersen’s tale. The second movement, “Danses Suisses,” is the highlight of the Divertimento, a charming and hummable country dance with the occasional, stirring modernist interjection. A virtuosic “Scherzo” followed, with Stravinsky again shifting between amiable melody and energetic fingerwork. The Divertimento ends with a tripartite “Pas de deux,” with soaring melody giving way to variations before returning in a triumphant coda. Kutik and Polonsky were clearly enjoying themselves, allowing a few brief smiles to shine through their professional demeanor.

Throughout the concert, pianist Anna Polonsky gave Kutik sympathetic support. Their knowledge of each other’s styles was evident. Kutik also acknowledged his director of photography Jason Lachapelle and audio engineer, Kyle Pyke. Even from an empty hall, Pyke captured warm sounds from both instruments.

In his interview with BMInt, Kutik described his goal of creating a “small documentary miniseries as well as an intimate live concert.” While discussing his background between pieces from the piano bench, Kutik—in his role as producer—interspersed family photos and a picture of Minsk, giving the audience an intimate look at his connections with the music.

Kutik streamed the performance on both YouTube and Facebook, which, while admirably extending access to a broader audience, meant that there were two separate discussions. With many fewer listener comments on Facebook, only one half of the audience saw some of Kutik’s responses and added commentary. Although he gamely posted information on both discussions, I recommend that future listeners read through both chats after the performance to discover any missed details. 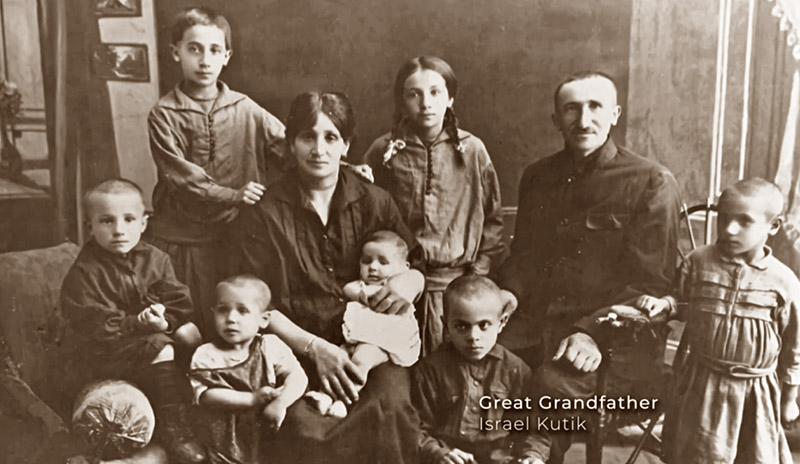 Kutik’s clarifying notes lent insight into his relationship with Polonsky as well as into the compositions. For example, Kutik noted that Stravinsky borrowed material for Le baiser de la fée from Tchaikovsky; the composer later admitted to forgetting which were his melodies and which were Tchaikovsky’s. But with the absence of printed notes, Kutik should feel welcome to add much more detail about the music, both in the video itself and live in the chat, especially considering the unfamiliarity of most of what he played.

While the pandemic has taken its toll on live recitals, many organizations and performers have experimented not only with direct conversions to streaming, but with wholly new approaches to concertizing. Kutik is no exception. Music from the Suitcase uses the medium effectively, preserving the nature of a live concert while adding elements of a documentary—all made possible both by Kutik’s astonishing forthrightness and inspiring musical engagement.

Subsequent episodes of the Music from the Suitcase series premiere online each Thursday until March 11 and remain available in each case until the following Sunday. Free tickets are HERE.