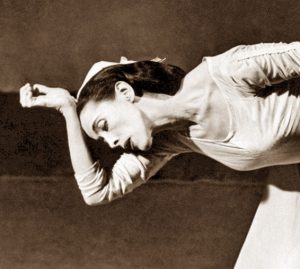 A couple of months ago, while wondering what to program at NEC’s second First Monday at Jordan Hall, the familiar and beloved host-impresario-guru-cellist Laurence Lesser realized it would be falling on a significant Election Day Eve, and he struggled over whether to the cancel the show. Ultimately his garrulous and liberal nature (as well as conversations with NEC brass) convinced him that silencing the series would constitute an abdication. Lesser told BMInt that celebrating our national diversity would send the right message, whatever happened the next day.

For the November 2nd concert, don’t expect to hear the works of any German or Austrians, and if a European should slip into the mix to comment on the American condition, it would be in the person of a beloved Czech, whose journey to America helped us value our singular natives sources of melody.

In the Negro melodies of America, Antonín Dvořák “discovered all that is needed for a great and noble school of music. They are pathétic, tender, passionate, melancholy, solemn, religious, bold, merry, gay or what you will. It is music that suits itself to any mood or purpose. There is nothing in the whole range of composition that cannot be supplied with themes from this source. The American musician understands these tunes and they move sentiment in him.”

We all know that Dvořák came to NY about 1890. He observed 3 days of parades starting on October 12, 1892 — the 400th anniversary of Columbus’s “discovering” America. On the 3rd day, a band played America (My Country ’tis of thee….). He was upset that we were using a British melody (“God Save the Queen”) and wrote down a sketch for a true original anthem for this country, but put it aside.

When he went to Spillville Iowa the following summer, applying the finishing touches to the New World Symphony, the countryside and his Czech compatriots there entranced him. He heard native American tribal dancing and what he referred to as “Negro” music. In a short period of time he wrote the “American” String Quartet, using such material, and with still more to say in that idiom, wrote his Opus 97 “American” String Quintet which features next in the proceedings. Hear Lesser sing in the example below.

Maybe the first half of the slow movement’s theme is influenced by Negro elements, but for sure the second, serene half of the theme is no other than his sketch for a new American national anthem [Star Spangled Banner also existed then, but was not made the official national anthem until 1931]

His words, which you will find in the attachment, disturbed American Eurocentric composers, but Bruckner (!) and some others agreed with him.

And the Czech master also spent some of his American time in Boston. In November of 1892 Harvard Musical Association feted him with the Mayor and other worthies before he went on to conduct the Cecilia Society.

Come Sunday from Duke Ellington’s Black, Brown and Beige opens the concert. A couple of weeks after the evening-long work debuted in Carnegie it came to Boston. The first part has become deeply important to the Black community and the recording done by Ellington with Mahalia Jackson, the great gospel singer, established it as a standard: Listen HERE.

God Almightly, please look down and see my people through…

Up from dawn till sunset
Man work hard all the day
Come Sunday, oh come Sunday
That’s the day

Jason Moran, a very great jazz pianist and Artistic Director of Jazz for Kennedy Center, has also taught at NEC for 10 years. He has just completed Behind the Light to play at this program. “It is not so much a piece as it is a feeling. A piece to combat the dark seasons we are experiencing. There is a scent in the sound. Crisp and greasy. And for now, it carries the day. Some ask to stop and listen, others ask to stop listening. I know light when it attacks, in E. I believe when I follow.” Meet Moran and hear his playing HERE.

Copland’s Appalachian Spring, aka Ballet for Martha in his shortened version of the original ballet for 13 players appeared on a First Monday program in 2018, and exists as one of the few videos in the FM archives. Lesser is “delighted to close the concert with this ‘simple gift’,” and he hopes that “…listeners will take away both pleasure and inspiration from our small musical evocation of the ethnic diversity that is an important part of our culture. Things have often not gone well with that, but let’s hope the election saves us from further decay.”