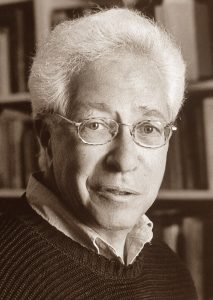 Having known of Maynard Solomon’s failing during recent months, I am saddened but not surprised to learn of the death of this first-rate musicologist at age 90, after his long and productive life. In 1977 he published what has been widely recognized as the first modern biography of Beethoven, in which he went beyond Thayer-Forbes to explore Beethoven’s personality from the standpoint of a psychologist. This inevitably involved him in deep controversy with scholars and shrinks alike, but Solomon’s painstaking and levelheaded examination of sources, enabled him to make convincing interpretations for Beethoven’s imagined origins, his unending search for compatible women, and his troubled relationships with his younger brothers and nephew. Even without the added imprimatur of a PhD, Solomon’s thoughtful analysis of the historical and documentary circumstances of Beethoven’s “Immortal Beloved” brought him to point to Antonie Brentano, to whom Beethoven had dedicated his Diabelli Variations; this interpretation has stood up over the years, despite some angry challenges. Most of the opposition that I can find comes from people who can’t recognize how well-written is Solomon’s book, a book that one can still reread for pure pleasure. There are later books, too, including two more on Beethoven and a Mozart biography, also an Otto Kinkeldey Award from the AMS and three ASCAP-Deems Taylor awards. Many still cherish a whole batch of immortal and beloved vinyl issued by Vanguard Records, the forward-looking company that Maynard Solomon and his brother, Seymour, founded in the 1950s.

Comments at slippedisc elaborate on the pathbreaking, standard-setting Vanguard catalog. The Solomon brothers made early stars of Baez, Odetta, the Weavers, et alia, as well as promoting Elman, Peerce, and Stokowski, and reviving live performance by Szigeti (also with Bartok) and Arrau; the NYTimes obituary has more detail, including the important Abravanel-Utah sets of Mahler and Sibelius. For me the standout of the Vanguard catalog is the Bach Guild organ performances of Heiller.

The books are deeply rewarding and enlightening, overflowing with insights that are not always easy. Maynard Solomon was another shining star from the generation of Fleisher, Rosen, Brendel, Steinberg, and Sherman, whose writing and playing were so ear- and eye-opening for aspiring music-lovers and amateur scholars from the 1960s onward, in a way impossible to imagine today with so much online.