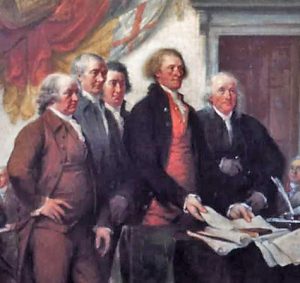 It’s July 4th weekend… are you missing the fireworks over the Charles and the sounds of the Boston Pops over the Esplanade?

Here are a ten links and suggestions to help you get your patriotic musical “fix” in early July:

The 2020 Boston Pops Fireworks Spectacular broadcast, under the direction Keith Lockhart, will present A Boston Pops Salute to Our Heroes, featuring both new content (the fantastic newly released video of John Williams’ Summon the Heroes) and favorites from past celebrations, including (in order) Broadway legend Brian Stokes Mitchell singing “America the Beautiful” and “Wheels of a Dream”; Amanda Mena, America’s Got Talent semi-finalist from Lynn, MA, sings Pink’s What About US and the national anthem with the U.S. Navy Sea Chanters; Melissa Etheridge (“I Wanna Come Over”); Amanda Gorman, first-ever Youth Poet Laureate of the United States, performs a new take on the “Battle Hymn of the Republic” entitled “Believer’s Hymn for the Republic,” Broadway star Leslie Odom, Jr, singing “Sarah” from The Civil War, and “Without You” from Rent; Rhiannon Giddens (“Pretty Little Girl” and “She’s Got You”); Rita Moreno narrating excerpts from Ellis Island: The Dream of America; Arlo Guthrie & The Texas Tenors singing “This Land Is Your Land;” Queen Latifah,  (“Mercy, Mercy, Mercy”); Andy Grammer (“Give Love”); and The U.S. Army Field Band and Soldiers’ Chorus and the Middlesex County Volunteers Fifes & Drum (Lexington, MA) joining the Pops for Sousa’s “The Stars and Stripes Forever.”

Bloomberg will broadcast A Boston Pops Salute to Our Heroes on Bloomberg Television (available on cable/satellite and streaming services) and on Bloomberg Radio on Saturday, July 4, 8-11pm, EDT, with repeat broadcasts taking place at 11 p.m. (7/4) and 2 a.m. (7/5). The show will be simulcast locally on Boston’s WHDH-TV on July 4, 8-11pm.

The U. S. Marine Corps Brass Quartet will play a live concert today at 7:30pm on YouTube HERE. The complete program notes are available HERE.

The National Cathedral in Washington D.C. is hosting an Independence Day Online Concert & Tribute at 11am on July 4, 2020 HERE.

Hamilton: an American Musical (the 2015 patriotic Broadway musical by Lin-Manuel Miranda, inspired by Ron Chernow’s expansive 2004 biography of Alexander Hamilton) will be available to stream on DisneyPlus tomorrow, July 3, at 3am EST. You must subscribe to DisneyPlus to see the show, as they have shut down the free trial program.

1776, the 1969 Tony Award-winning patriotic musical about the Continental Congress was made into a feature film in 1972. It may be streamed for free HERE. Cambridge’s professional A.R.T. company, led by Diane Paulus, has postponed their reboot of the musical to the 2020-2021 season HERE.

The Nashville Symphony has shut down operations for its entire 2020-2021 season, but local musicians have come together to create an online concert and show (Info HERE).

CNN will host a (mostly) pre-recorded prime-time musical celebration on July 4 from 8pm-midnight EST. Featured orchestras include the New York Philharmonic and the San Francisco, Colorado, Houston, Chicago and New York Youth symphonies. It will stream live for subscribers on CNN.com’s homepage and across mobile devices via CNN’s apps for iOS and Android. It can also be viewed on CNNgo (at CNN.com/go on your desktop, smartphone, and iPad, and via CNNgo apps for Apple TV, Roku, Amazon Fire, SamsungSmart TV, Chromecast and Android TV).

Boston’s own From the Top! radio program is featuring the sibling duo The Sempre Sisters (from Bellevue, WA) performing variations of “Yankee Doodle” HERE.

The Declaration of Independence won’t be read from Boston’s State House balcony to a large, outdoor crowd this year, but you can today’s partial re-enactment of the event, just as it was read to the citizens of Boston 245 years ago on July 18, 1776 HERE.

Massachusetts resident James Taylor and his Band performed a sold-out concert at Boston’s legendary Fenway Park in 2015. On July 4, the concert (featuring a special guest appearance by Bonnie Raitt), will be streamed in full on YouTube and Facebook at 2pm EST and 5pm EST, respectively (Info HERE).

Comments Off on Patriotic Sounds 2020