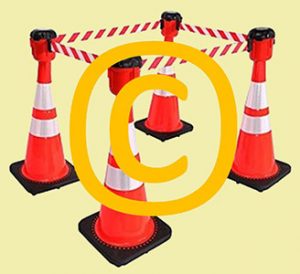 Even as our communities slowly unlock, and however tentatively the tumblers are turning, we’ve already become accustomed to the replacement of our cherished communal musical events with figurative and literal flickers reaching us via our computers, smart TVs, and mobile devices. Every once in a while, though, something may go amiss: a performance from someone’s living room, empty concert hall or patchwork ensemble winks out, sometimes entirely, sometimes for an extended period. Was that some technical glitch of recording or transmission, something in our internet connection, or an inept engineer or what? In many cases, it seems, the gremlin in the works may have been put there deliberately, and it may have had assistance of counsel.

An article recently published in the Washington Post (it’s here, but be forewarned of WaPo’s paywall) has called out the impact of recording companies’ copyright enforcement bots (software that patrols the Interwebs) seeking illicit posting or streaming of music for which the labels claim rights. While this form of artificial intelligence has a decent record of accuracy when it comes to pop and rock, where performance styles and the musical elements of performance vary considerably among recordings, it doesn’t work nearly as well with classical music, where not only is the bulk of the repertoire in the public domain, but the differences between particular performances are much more subtle. Nevertheless the principal platforms over which these streamed performances reach us, like Facebook or Google-owned YouTube, rely on these bots to tell them if a copyright claim has been asserted against a performance, leading the platform to shoot (i.e., take it down) first and let the performer ask questions later. As the WaPo article observes, and I have confirmed, the platforms offer means by which an aggrieved performer or producer can seek redress for an unjustified take-down, the process, which requires human staff to review the recordings for similarity and provenance, the process can take days or even weeks to complete, which isn’t much of a live stream, is it?

By way of background, while the music in a recording can be subject to copyright or not (in the US, depending on when written or published) even recordings of music old enough to be out of copyright have their own copyright. That copyright is much more limited than the one on the underlying music, but it does extend to copying or performing that specific recording. Many pianists have been heavily influenced by the style of, say, Alfred Brendel, but a performance that sounds like Alfred Brendel isn’t covered by the record label’s copyright on the actual Alfred Brendel performance they released. The bot, however, can’t tell the difference, so we now have the spectacle of record labels causing take-downs of original performances as to which they have no claim whatever. On March 13th, I reported on a live-stream of a concert by the Boston Youth Philharmonic the night before, which seized up at exactly 8:30 pm during a performance of Stravinsky’s Petrushka. Now, depending on which edition of the piece was used, it’s either in or out of copyright, but paying performing rights royalties is SOP for musical organizations (see the last paragraph below for an interesting exception). Our information is that there was indeed an issue with the platform, but on that occasion, which was pretty early in the current live-streaming era, a quick-witted engineer was able to resolve the matter after about 20 minutes by switching to a different web-host, saving at least the second half of the streamed event.

The inconvenience of an interrupted or aborted stream is one thing; the detriment to the performers, however, can extend well beyond that. In some cases they have charged listeners, as a way to make up for lost income, either directly or through Patreon or other funding vehicles. If a performance is deep-sixed, do they have refund obligations? To the extent the platforms recognize the problem their discretion is constrained by provisions of the Digital Millennium Copyright Act that release them from infringement liability if they promptly take down content as soon as they get an infringement notice. Thus, the real onus in this situation lies on the labels (and the performing rights societies, if they’re in this game as well), who seem unconcerned by the problems their insufficiently intelligent artifices are causing—at least not enough to call off their dogs while the lockdowns persist.

Permit here a slight digression on the subject of performance licensing. While, as mentioned earlier, most music organizations know they (or the venues at which they perform) have to pay performing rights licenses for live presentations, some individual performers and groups, and probably a large chunk of listeners, may be unaware that the performance of copyrighted music live and over streaming media require separate performance licenses. The collecting societies have distinct forms of license for these uses, though they can be bundled. Fortunately, the major platforms themselves have agreements with the collecting societies, so licensing is seamless and transparent to the performer. Where this is not the case has to do with music performed in church. The copyright law exempts from licensing (in fact, from liability for infringement) music performed at a place of worship as part of a religious service—hymns, anthems, and other service music. During the lockdown, probably most religious societies have brought their services online, but they need to be aware that the exemption doesn’t apply to the streaming itself. Some quick legal research did not turn up any cases relating specifically to streaming, but did with respect to traditional radio broadcasting of services, where the broadcast was deemed a performance independent of the one that happened in the church, thus triggering the obligation to pay the royalties. Again, where a church is using a major platform, the platform’s license might pick up copyrighted repertoire involved in the live-stream, but it’s not clear whether direct platforms like Zoom that have not traditionally been used to send content to the public have such agreements. I report this not as legal advice (if it were, it would be accompanied by a bill) but as a caution to music directors and others presiding over streamed music within a religious service that they should investigate this issue.

Comments Off on Fair Use of Flickers