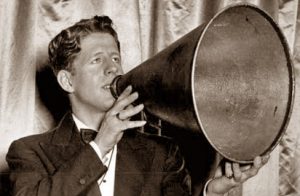 It’s convenient to consider all Western music as employing either closed or open forms. Closed forms typically are songs, measured by regular phrase structure and the boundaries of associated text. Dances are in the same category, sometimes overlapping with songs; they are bounded by the patterns of dance steps and regular phrases. In open forms, which are longer pieces like sonatas and symphonies, one doesn’t know how far or how long they will go, and there is always something to listen forward to; yet the many different open forms often have regular phrases as part of their stable structure.

Songs show a great variety of musical types. Folksongs are normally regular in form, with texts in stanzas of rhymed verse; as sung by different singers, they are subject to every kind of melodic variation, variable accompaniment with many different harmonies (“chord changes”), or no accompaniment at all; and almost never is there an identified composer. Popular songs are more stable, with identifiable composers even if their names are lost, and they tend to be published in sheet music, with standardized accompaniments even if others improvise on them.  Art songs are generally in the classical realm, often by famous composers, to be sung note-for-note precisely, with practiced accompaniments, often but by no means always strophic in form, and in a language we don’t know.

Christian hymnody stretches more or less over all these descriptive categories, and for that reason is a suitable genre for analyzing melodic form. There are hundreds of different hymn books, from every denomination — my own collection of about 200 includes Lutheran, Episcopalian, Catholic, Methodist, Unitarian, Jewish, Mormon, Armed Forces, etc. — but the most familiar hymns appear in nearly all of them, and mostly with identical accompaniments in four-part SATB style, though often with widely different texts. The larger hymnals include identifications by meter, with a metrical index: Common Meter (C.M.) is two phrases, or four semiphrases, with eight, six, eight, and six syllables (abbreviated 86.86, normally iambic), as in the very familiar St. Anne:

Melodic analysis reveals similarities, differences, and unique qualities. In the example above, there are steady note values, one change of harmony per note, with longer note-values at the midpoint. The semiphrase structure could be labeled ABCD because all four semiphrases are different; there is no melodic repetition. The progression at the very end, from leading-tone to tonic (^7-^1 in analyst’s shorthand, meaning degrees of the scale), is an authentic cadence. The midpoint of the melody is on the dominant note, the fifth degree of the scale, and thus is called a half cadence, preceded by the leading tone (LT) of the cadential note: Fsharp before G. (The proper definition of “cadence” is still squabbled over by different music theorists, so for now let’s agree that a cadence is analogous to the rhyme at the end of a line of verse.) St. Anne, dating from 1708, is normally harmonized in simple chorale style in pure triads, with few nonharmonic tones or divisions; a Bach chorale harmonization, like last week’s Sleepers, Wake, is typically more florid, with nonharmonic tones and melismata (more than one note per syllable) in different voices, but nevertheless mostly one change of harmony per syllable of text.

A 19th-century-American evangelical hymn in “familiar style” is normally entirely syllabic, with few changes of harmony, like Erie (87.87 D., composed 1868), of which, to save space, we give here only the first half. (In the second half — bars 9-16 — the last four bars are musically identical to bars 5-8.)

In any of the dozens of hymn books from this period (composers like William Bradbury, Robert Lowry, P. P. Bliss, Ira D. Sankey, and Massachusetts’s own Lowell Mason) you will find dozens of hymns like this, with an abundance of A-flat major (nobody knows why) and a tendency to rely on the subdominant. Erie in sixteen bars uses only I, IV, and V; given just the soprano melody, you could easily figure out a harmonization using these chords. The example shows two parallel phrases of music, which differ only in their cadences: half cadence in bar 4, authentic cadence (V-I) in bar 8. The melody is folklike in simplicity, but well tied to the text, and this hymn has always been a favorite among many denominations.

An Anglican hymn from the same period, Ellers (10. 10. 10. 10, 1868), is normally published as voice-plus-accompaniment, meaning unison choral voices plus an organ or piano. (The text is in iambic pentameter, but the verse is not much like Shakespeare’s, and it isn’t set that way musically. It wouldn’t be hard to make a syllabic SATB arrangement if you wanted to.) We include it here as an example of a well-structured melody, with roman-numeral chord symbols to indicate the harmonic changes, mostly just one per bar.

All four phrases have the same rhythm. The second phrase, almost identical to the first in shape, starts on the tonic note, as though answering the dominant note of the first phrase; the span of both phrases includes just one octave, with half cadence on m. 8. From this midpoint of the hymn, there is a descent through the same octave span, with change of rhyme in the text. None of the four phrases ends on the tonic note, which is unusual for a hymn tune. The overall shape is a rising and falling curve, mostly by stepwise motion, with a few carefully-positioned skips. The identical rhythms of the four phrases doesn’t mean that the individual bars have the same motivic shape; some do, some don’t. The composer, Edward J. Hopkins (1818-1901), well known in England in his time, is forgotten today, but he certainly knew how to craft a good tune.

All of these hymns — text and music alike — are organized in phrases. Every musician knows what a phrase of music is, but finds it difficult to define the term exactly; stay tuned.

Meanwhile, here’s an Assignment for those who are interested: obtain a hymn book — almost any will do if it has four-part harmony — and identify twenty hymns in a variety of metric schemes, including some of the more common types listed above.  Choose one whose tune you like and identify its basic characteristics — phrase structure, shape, things that are repeated, cadences — and see if you can summarize these in a descriptive paragraph of not more than 150 words.

Comments Off on Short Lessons [Readings] and Idle Considerations