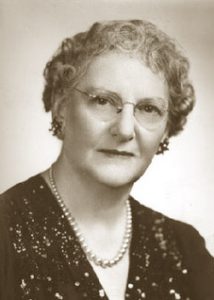 Now is a great time to luxuriate in thinking about little-known but worthy individuals and subjects which had escaped our attention in normal times. More than 60 years after her death, Marion Bauer’s moment may be coming. In some respects, she is an American Hindemith—dare I suggest Scriabin? But a woman!

In the book review I wrote for the Women’s Philharmonic Advocacy 2015, I spoke of Bauer’s intrepid personality and the obstacles she faced.  Years ago, Harrison Potter a pianist and intimate of Bauer, died in Holyoke, Mass.  Judith Tick and I drove to the rest home where he had lived, and scooped up unpublished Bauer manuscripts. She wrote for woodwinds and in small ensemble forms; maybe with the new pared down music scene, we can hear these works. My review of “Marion and Emilie Frances Bauer: From the Wild West to American Musical Modernism” by Susan E. Pickett,  published by Lulu.com, in 2014, follows.

This book is a wonderful read! It tells the story of two of America’s outstanding musical women, Marion Eugénie Bauer (1885-1955) and her sister, Emilie Francis Bauer (1865-1926). It also paints a vivid picture of the musical culture of their times, roughly 1860 to 1955. It begins with a man named Jacques Bauer, a Jewish immigrant who moved to Walla Walla in the State of Washington, far away from the known cultural centers. He married Julia Heyman, and they raised seven children, four girls and three boys.

The family’s story is a tutorial in tenacity and creative solutions. When Mr. Bauer’s store was destroyed by an opium fire from a nearby building, he rebuilt and started all over again. His wife Julia, though not enamored of where they were living, made the best of it. Fluent in several languages, she taught at Whitman College in Walla Walla and imparted culture to her family as well as to the community.

The Northwest in the 1880’s was a barren place,: but the Bauer brood seems to have thrived nonetheless. I have long admired Marion Bauer the composer, but I knew little of her family’s musical background. The father, Jacques, played in a military band during the Indian Wars. The oldest child Emilie was Marion’s first piano teacher. So it appears that the family had powerful musical genes.

One of the important larger points that Pickett reminds us of, is that even today we (in the U.S.) suffer from an insecurity complex – anything European is still superior, and this goes back a long time. The Bauer sisters were indefatigable in their efforts to introduce Modernism (and in the case of Marion, to help create American Modernism) long before it was chic, and they faced big obstacles in doing so.

Olin Downes, the well-known critic and champion of Sibelius, would often review their concerts, and not always positively. But in one instance he concedes of Marion’s pieces that: “Whatever their particular strength…there is no padding, no treading water, no waiting … the fundamental conception is melodic, the thinking clear and logical, the sentiment sincere and direct.” (p. 176, quotes from the New York Times).

Downes has it just right. Marion Bauer’s compositions have been part of my musical life for many years, and I have marveled at her clarity of expression. Many people know a few things about Marion Bauer, for instance that she and Ruth Crawford met at The MacDowell Colony and were inspired by the transcendent natural beauty around them. Few musicians today are aware, however, of how original and innovative she was. Long before choreographer Mark Morris thought to pair traditionally absolute genres of music with dance, Marion Bauer did it in 1951 with her Dance Sonata, insisting that a dancer be at the premiere. (Disclosure: I recorded it on my Marion Bauer CD issued by Albany Records). I have found that her piano writing style is eminently playable and idiomatic. [Listen to her  Four Piano Pieces in my 1980 recording HERE]  — Much more awaits discovery, and maybe a famous Russian pianist will bring it  more widely into the light. 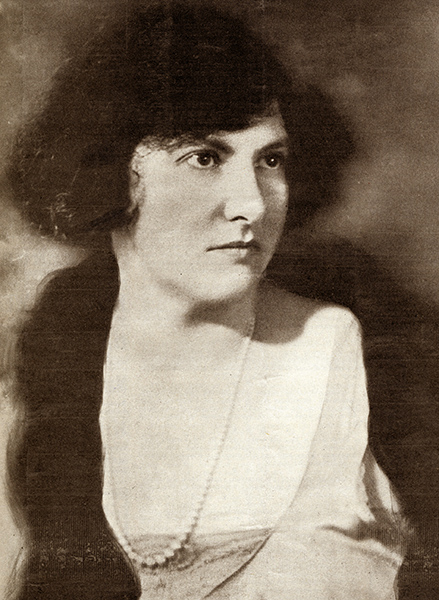 This book will provide a valuable service by introducing Marion Bauer to musicians who may be unfamiliar with her music. Non-musicians will also find it highly readable and informative, providing a delightful window on a critical period in America’s musical history. The Bauer sisters crossed paths with just about every important person of their times, and they seemed to have been accepted — adored, really — by a wide swath of the professional musicians, patrons and cognoscenti of the day. However, their personal lives are largely mysteries, since the sisters mostly lived together and thus did not exchange letters during those times. Pickett has had to knit together the skeins of their daily lives through other materials, and she makes thoughtful use of these sources.

A lot of the book concerns letters and reviews, and much of it is incredibly entertaining. Emilie Frances Bauer was mainly a critic, writing for journals including The Musical Courier in Chicago and especially for The Musical Leader, for which she served as Eastern Representative for many years. Emilie Frances was a pistol when it came to speaking her mind and not sugar-coating any reaction — hardly! For instance, she wrote that that Stravinsky was a poor choice for a soloist in his own Concerto. How unusual to read an American woman’s first-hand “take” on musical figures as diverse as Debussy, Puccini, Arnold Schonberg, and Ruth Crawford. Their candor may have cost the sisters some acceptance, because patrons and the public rarely want truth.

In the unfolding chapters of their lives, I did find some of the contradictions very curious and impossible to explain. For instance, their parents are not buried close to each other. Both sisters fibbed about their birth dates. This was of course a common practice, and Pickett reasons that Marion began doing so when she began working with the Boulanger sisters. She may have felt she was so far behind them in opportunity and training, and that was why she started lying about her age. You do get the sense that they were serious and dedicated professionals, but they could also pull your leg — and laugh in your face about it! For instance, when asked to “account for the relative scarcity of women composers,” Marion responded: “there are a great many more than you think.” She continued “Just think of us as composers and never call us lady composers” (page 163) which reflects contemporary women like Ellen Taaffe Zwilich who has been known to bristle when her biology is mentioned.

This vivid account paints a picture of the lives of these creative and even brilliant sisters, from childhood up to young adulthood and eventually middle and mature years; throughout they both contributed mightily to the music scene. The book is of great value not only to readers interested in the music and musical lives of the time, but also as an engaging example of the intrepid and adventurous lives that these two women led. From their remote upbringings, they to moved the center of American cultural life and insisted on changing perception by being in the vanguard.

Published in Women’s Philharmonic Advocacy and recycled with the reviewer’s permission.

Virginia Eskin, a California native and long-time Boston resident, is a solo pianist, chamber player and lecturer known for both standard classical repertoire and ragtime, and a long-time champion of the works of American and European women composers.