Like most of the concerts in the Boston area this weekend, Guerilla Opera’s “Emergence Fellowship Showcase” at Brandeis University closed to the public. Thankfully, the Slosberg Music Center venue possessed the appropriate technology and capable technicians [James Praznik] to provide a live-stream.

This essay responds both to the show itself and to the way in which the live-stream medium worked. Although I certainly prefer attending live performances and being a committed audience member, I find the live-stream alternative better than silence, and perhaps it has advantages waiting to be tapped. What has seemed a pragmatic compromise in the past, might inspire artistic fecundity. Guerilla Opera is clearly versatile and capable enough to accept this challenge.

One of the most ambitious groups of Boston’s lively new music scene, Guerilla Opera has been transforming obstructions into artwork since its inception. The group’s most critical asset is its status as a fluid-form instrumental ensemble. Although each production is likely to feature different orchestration, the company seems to maintain a consistent roster of virtuosic players and singers. No matter the task, capable hands and voices can be found.

The Guerillas display not only technical chops, but also of a remarkably healthy spirit of chamber musicianship. In preparation and performance, the players and singers display fluent responsivity, cool adaptability, and a keenness for experimentation. It is this communicative element of their musicianship which makes each of their production rewarding

Naturally, the same thrill could hardly be experienced on small computer screen, though the technologically advanced amount us can watch on large smart TVs with surround sound. We observed some noble attempts made to address the virtual audience, particularly in the announcement before the show began, but the dominating sensation was of a show designed for a live audience. This was not surprising, since the audience ban was imposed only days before the performance. Yet, over the course of show, I sensed a gradual shift —not from announcements to the camera or specifically engineered changes, but rather as if the performers were learning to accept the presence of the video camera and microphones as living eyes and ears. The Guerilla Opera has something to say, and they can seemingly say it through advanced media.

Cranberries introduced the listeners into the sonic atmosphere that would pervade the evening. Combining electronic and acoustic sounds with pyrotechnic vocal techniques were both impressive and used in good taste. Angle of Darkness took many of these same elements, but applied them to a contrasting formal dynamic. Something of an arch, the sequence of climactic rises made a tremendous effect when combined with the exciting lighting design. The Monster invites the listener in with the colloquial vernacular of the libretto. However, Jeremy Rapaport-Stein’s composition is quick to wrest us from the banal. Perhaps the most emotionally impactful of the four pieces, the resulting emotional devastation by the end of the scene was of Chekhovian proportion. Clapping-Game Songbook flitted between worlds: wild lighting, hyperactive sound worlds, and sudden shifts between consonant homophony and dissonant complexity generated an alternate reality that was surely even more remarkable for those in the hall.

Observing a concert in this way, especially a program of premieres from student composers, encourages us to listen in, as the performers functioned as the agents bringing the fledgling utterances  through a decidedly imperfect utterance space, to an unwillingly distanced congregation of listeners. The commitment shown by the ensemble to fulfill this role and to complete the musical utterance endeared us to them.

Each of the young composers’ pieces represented a distinctive approach for this term’s collaboration. Though each composer received the same guidelines for instrumentation and available voice parts, their various responses to these criteria reflected a creative playfulness. In fact, the brevity of the show seemed surprising, considering the context of operatic composition and the representation of four composers. Especially when viewed on a computer screen, it seemed that relatively shorter performance durations worked. As if designed for the circumstances, this program did not seem taxing, and enthusiasm obtained from beginning to end.

In all likelihood, this was but a first of many live-stream performances in the coming weeks. Eventually, the mere effort of providing live-stream will begin to lose its novelty. I wonder if we might learn to engage with this medium more completely. Perhaps it provides potentialities in nonexistent in the theater. If ever there were a time to explore such a possibility, this would be it. 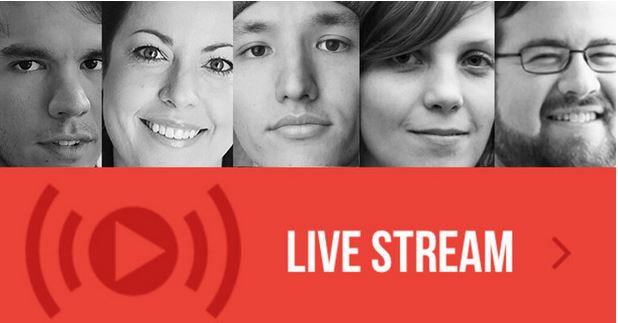 Collaboration will be needed from all parties: composers might design their works to be suited for the task, performers can develop a more accurate sense of the camera and microphone’s significance, and audiences should seek ways to more fluidly interact with the humans on the other end. Music is a communal act: an utterance is only an utterance when it has been designed, given voice, and heard. Our definition of community has witnessed dramatic alterations over the last few weeks of global panic. Though, one thing seems certain: community adapts and evolves. Bold participation in the community of music, in the face of transient and ephemeral performance spaces celebrates this quintessentially human construction. I look forward to observing the creative ways in which musicians will overcome these obstacles. I committed myself to continue contributing communicating, observing, and participating.

The Brandeis Streaming Site is HERE

Eric Hollander is a PhD candidate in Musicology at Brandeis University. His research is focused on musical realizations of poetic texts, oral traditions, and Cowboy Songs.