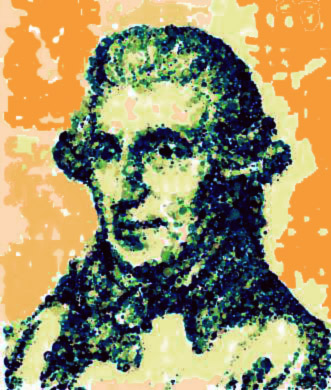 The first concert of a new daytime series, “Music Mondays” took place Monday at the Scandinavian Cultural Center in Newton. Brenda April and Clara Chan, who have arranged Newton Community Education’s Lifetime Learning Sound of Music series, have also organized this one. After hearing the string quartet, the Haydn Enthusiasts, with violinists Isaac Krauss and Jason Sundram, violist Elaine Leisinger, cellist Josh Packard, cello, I can say that the auguries look very positive.

The group performed two Haydn quartets in E Major: Op 17, No. 1 and Op. 54, No. 3. Haydn wrote the former at age 39, while still beginning his explorations of this genre. It bears the hallmarks of a well-behaved string quartet, as the first notes outline an E major triad. Throughout the first movement, the principal voice resides with the first violin while, the other instruments provide accompaniment. That violin II, viola and cello provide rich and imaginative secondary roles is part of the genius of the string quartet. Jason Sundram as first violin showed assurance and commanding leadership. The others successfully communicated the intricacies of their parts and enjoyed moments of stardom when they arose. In her opening remarks, Elaine Leisinger brought the listener’s attention to the interweaving of parts in the Trio of movement 2, probably the strongest example of polyphonic texture in the entire composition. The final movement’s opening theme consists of an irregular phrase (five bars) followed by a rest. The composition’s ending in a whisper again reminds the listener of Haydn’s mastery of the unexpected.

Haydn’s wrote his opus 54 quartets 17 years later, in 1788, dedicating them to Johann Tost, principal second violinist in the Haydn’s Esterhazy orchestra. The feeling of E major is not firmly established until measure 8, with a pedal point in the cello. Second violin and viola open the quartet with a two-measure statement that is principally voiced at the outset but transforms itself into a secondary role as the piece progresses. The first violin responds to the opening statement and seems to be pulling the attention away from the other instruments. The constant interplay of two-bar theme and response is carried throughout. First violin is the most virtuosic, but role assignment amongst the strings is minimal. In her introductory remarks, Elaine alerted the audience to the technical demands of movement II in which the first violin plays long sequences of 128th notes. Elaine surmised that this reflects Haydn’s love of surprises as well as the notion that the string quartet is written as much for the pleasure and fun of the performers as for the listeners. Isaac Krauss played first violin in this one, proving himself more than equal to the technical demands. In the A minor section of the Adagio, syncopated rhythms between violin I and the other three strings required exceptional precision which the players brought off beautifully. The movement ends with a chromatic scale going from B to E and then descending a fifth to A. More a fading away than a cadence. The final movement is a spirited presto with E major firmly established at the outset. Upon repeat of the development, Krauss savored an embellished trill on G sharp (m. 92). All players enjoyed that moment, as they did many others throughout their recital. The piece ends triumphantly.

Isaac Krauss referred to the last recital this group gave under the auspices of Brenda April and Clara Chan. In that case, they had played two string quartets in E-flat major. With Monday’s choice of two quartets in E major, Isaac alluded to the group “kicking it up a notch.” Haydn himself would have approved. In one of his last and grandest piano sonatas (Hob XVI:52) the first movement in E-flat major is followed by a movement in E major. The Haydn Enthusiasts understand the Austro-Hungarian master well, and it is to everyone’s benefit that they perform his quartets with such joy.

Comments Off on Series Debuts Enthusiastically