Who goes to hear a long-established chamber group in a program of chestnuts expecting something out of the ordinary? And yet the Vienna Piano Trio’s Haydn, Beethoven and Brahms at Rockport’s Shalin Liu Performance Center this past Sunday afternoon showed that it is possible to defy such expectations, with brilliance, originality, and nary a gimmick within earshot.

The first thing the ear notices about the trio’s style is its remarkable degree of polish. Unlike many musical qualities, polish can be defined by a small set of fairly objective criteria: play in tune, play cleanly, play together. To an almost uncanny degree, this ensemble prevailed on all three counts, with notably beautiful tone and ease of control to boot. But what made their interpretations truly absorbing was everything going on beneath the polish.

Opening with Haydn is as classic as chamber music programming gets, but this piece, the Trio in E Minor Hob. XV:12, from 1788, came across as anything but a default choice. Making Haydn sound delightful and effortless requires no effort at all, but making him sound substantive, inventive, beguilingly complicated, as this threesome did, demands much more. Haydn’s mercurial shifts of mood are often exploited for contrast, but by understating them a bit instead, the trio allowed the spotlight to fall on other features. In the opening movement, for example, this mean that Haydn’s frequent, enigmatic silences could regain the heft and presence they deserve—silences that are like walking repeatedly through the same door yet not always ending up in the same place. 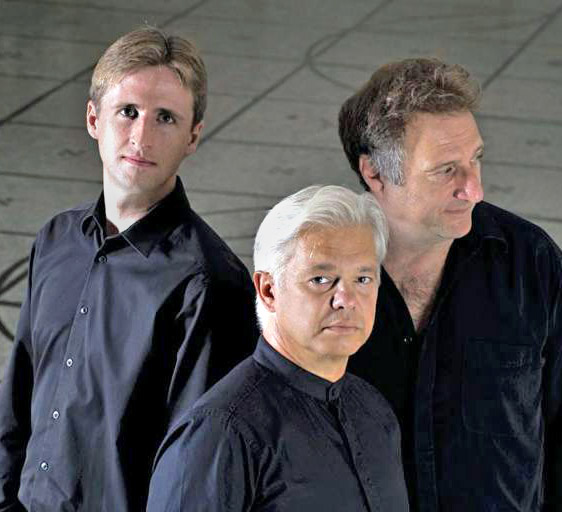 Another remarkable feature of the Haydn was the dynamic scale: all of the individuals, and pianist Stefan Mendl in particular, shifted their entire dynamic range down a few notches, not simply by avoiding fortissimos, but also by making pianissimos softer. True dynamic contrast is another strong point for this group, and it was fascinating in the Haydn to hear them in one sense clearly holding back yet still having an immense range of dynamic levels at their disposal. This too helped the Haydn sound not like a warm-up, but rather as music of such richness and urgency as to fully hold its own among the larger, louder, more ambitious later works on the program.

The first movement of Brahms’s Trio in C Minor, op. 101, is almost always played as a gripping, turbulent, larger-than-life drama, with passages of brooding and thundering relieved by a broad, passionate second theme. There is nothing in the world wrong with this approach; musicians and audiences alike have loved it forever. Yet Sunday’s traversal showed how different—and in many ways stranger and more fascinating—this movement can be if given more momentum (not the same as more speed) and less lather and jowl-shaking. Here the movement felt darkly elegant, searching, still full-blooded and passionate but with more dignity than fire.

There are all sorts of oddities in this piece. The crashing opening chords, intense and tragic, subside almost immediately, only for the music to immediately work itself up again, but this time to, of all things, a ringing triumphal fanfare. These two opposites immediately tangle and merge, in the process creating the momentum that finally gets the movement going after its restless yet halting start. You start to understand why many people had a hard time with this music when it was new. There are long passages with melody in octaves (as breathtakingly in tune as I’ve ever heard), and an entire movement made largely out of 7-beat phrases. The group’s supple, long lines balanced a strong forward push with a greater degree of small, local tempo nuances than most groups would be able to manage, and kept the focus on the music, in its many eccentricities and even more plentiful moments of unabashed beauty.

After intermission came Beethoven’s “Archduke” Trio, in B-flat Major, op. 87. Here again, the understating (though with real fortissimos, as in the Brahms) and the general lightness of touch added a lot of freshness; if the Brahms seemed to be discovering its inner Haydn, this Archduke went even further in that direction, suggesting a Beethoven who in many ways was only carrying on the work of his most influential teacher. In the first-movement pizzicato section, the string players, elegant American violinist David McCarroll and sonorous Austrian cellist Clemens Hagen (of the superb eponymous quartet), performed so softly as to be barely audible—the only bit of overt theatricality of the day, and even so, a moment that felt like the expression of an idea rather than mere showboating. Mendl, a master of delicacy, often showed how less could be more. I can’t think of another pianist like him (for one thing, he is a consummate team player). But that is true of the Vienna Piano Trio as an ensemble as well. I hope they’ll be back soon. Anyone who can work this kind of magic with the core repertoire deserves repeated hearing.

A music reviewer for the Herald from 1985 to 1995 and a contributor to Hudson Review, Josiah Fisk studied chamber music performance with Leon Kirchner and has been a member of the MIT Symphony, Cape Ann Symphony, Oregon Symphony, Symphony by the Sea, and the Cape Ann Brass Quintet. He is the editor of the anthology Composers on Music (Northeastern University Press, 1997).

Comments Off on VPT Shows TLC